In latter January, a week-long swing through eastern Pennsylvania and central New Jersey allowed Swish Appeal to shed some light on quality prep players young and old in our Mid-Atlantic travels.

This was a small, five-game classic (pre-set contests) run on January 17 at Cabrini College just outside Philadelphia. Blue Star, better known for major club events like US Junior Nationals, put on the event to give some additional exposure to several local high school teams. In fact, Blue Star runs on over 50 events nationwide in a calendar year.

The featured game was a marquee performance by Rutgers Prep (11-0 coming into the event) dominating Christ the King of Middle Village, New York, using a zone to help post a 62-41 victory.  Rutgers Prep is a young (one senior starter) team of good athletes.  The squad has size, a quality lead guard and plays under control.  Look for this school as a possible nationally ranked team within the next year!

It was frigid outside on January 18, but the basketball was of high quality as host Neumann- Goretti High School beat Cardinal O'Hara High School 62-56 in a battle of the top two teams in the Philadelphia Catholic League.  The game saw contrasting styles (Goretti's up-tempo versus O'Hara's exceptional patience).  Goretti's better control of the boards was the difference.  Most impressive stat was a combined 21/24 from the foul line.

A bonus treat on the trip (January 19-22) was seeing St. John Vianney High School (at the time the state's number #1 ranked team) as well as several quality players at other high schools in New Jersey.  Vianney is a veteran, senior-laden squad (see below for its key players).

Looking at some of the individual talent in alphabetical order with listed height, position and school within graduation year.  Location of school is in parenthesis.  ** signifies that the player seen at Blue Star Elite Invitational

Campbell, a DePaul signee, is a field general with good vision and above average basketball IQ.  She has three-point range, but must be in her proper shooting rhythm to be most productive in stroking the ball.

Kebbe, a Syracuse signee, continues to impress viewing after viewing.  In two games observed, she showed a strong physical presence on defense to complement two double-digit outings, scoring by attacking the basket and hitting the boards, but also from the perimeter including the occasional three.

Metzel, a Drexel signee, is a fierce competitor in the paint.  Offensively, she can look to score via a couple of dribbles and drive, but also in the lower paint posting up and working the boards.  In the win over Christ the King, she led her team in scoring with 14 points.

Watson, a Maryland signee, was recently named a McDonald's All-American. Playing for a lesser known club team and on a non-power high school team, Watson is not yet that well known nationally.  Above average athletically, her three-point range is so great that her nickname is "Blair from anywhere." 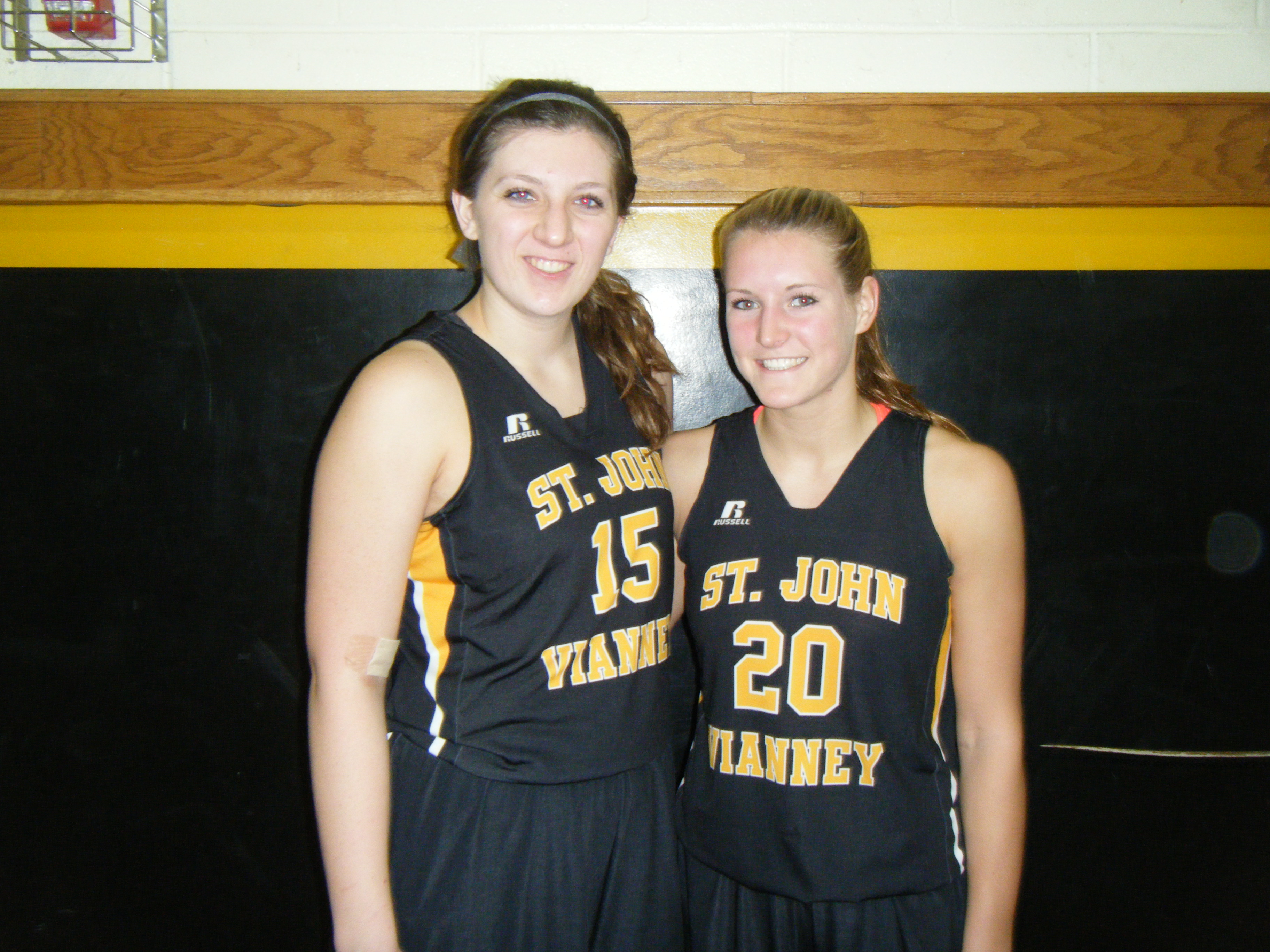 Evans has a strong build and uses it to get low post position looking to score near the rim. She has modest Power 5 offers.

Reddin is well built and can use her body to hit the glass.  She will also face up some in the key.  Right-handed, she is not afraid to go left around the rim. She should be getting division one offers.

On her high school team, Sheehan (orally committed to nearby St. Joseph's) plays in the paint. However, her natural position is more of a small forward as shown by her three-point range and ability to drive along the baseline.

With medium build and fairly broad shoulders, Warley showed an ability to play (face up or drive) out of the high post area.  Getting mid-major offers, she needs to toughen some for the next level.

Knight is a good athlete who can attack the basket but also shoot over the top.  Getting mid-major offers, she has the tools but needs to develop consistency in her game.

Balzer is light on her feet and passes well.  She understands movement without the ball.  Area division one schools are already eying her.

Athletic, Lewis has a decent understanding of the lead guard position.  She showed the ability to drive and shoot the perimeter shot.  A likely division one player down the road, she needs to become more consistent in both offensive areas. 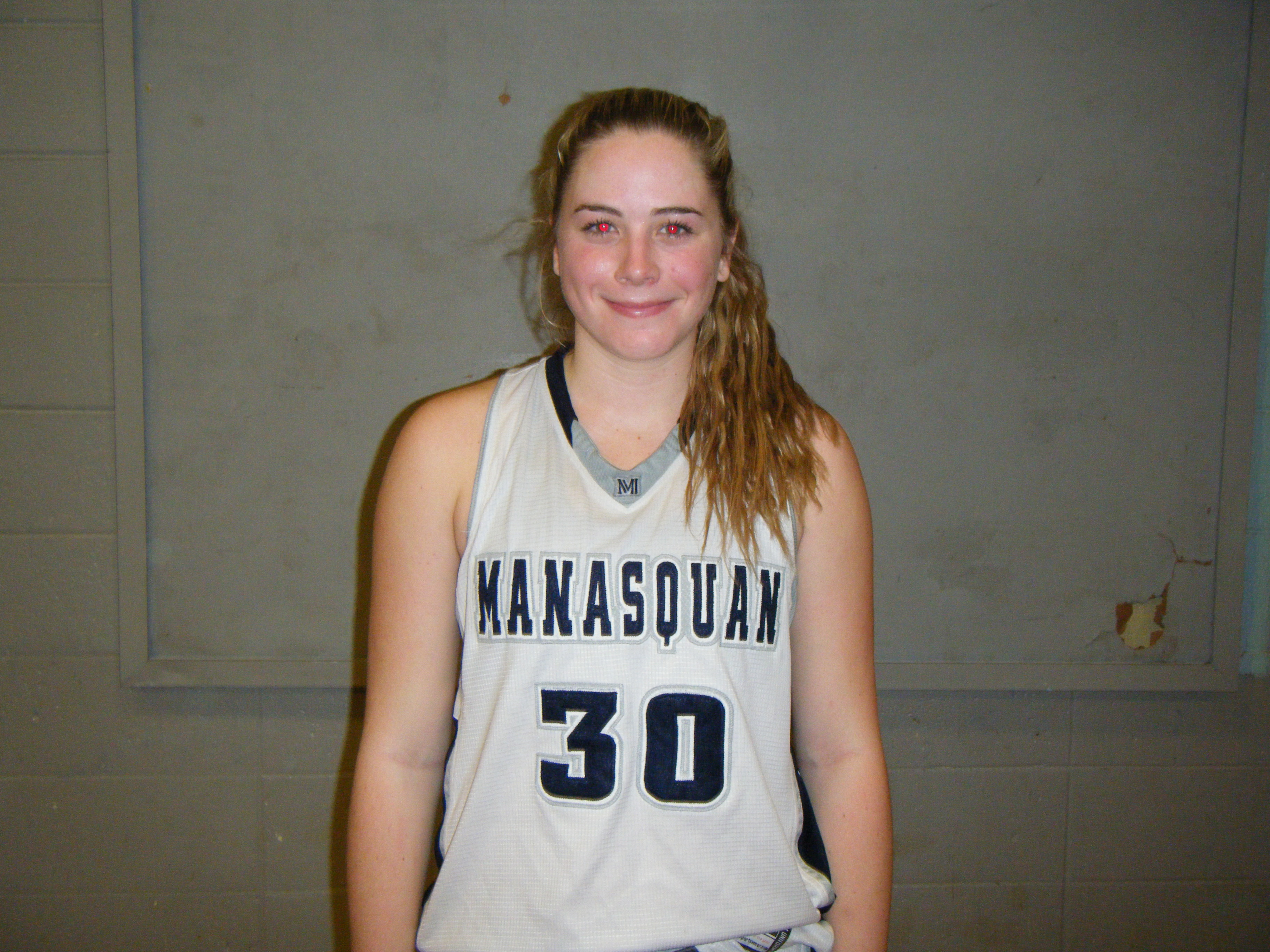 For a power player, Masonius handles the ball well and can create her own shot. While most of her scoring currently comes near the rim, she has a decent face-up stroke. Power 5 recruiters should be monitoring her progress.

Satterfield is powerfully built but very mobile for her body type.  She showed both catch and shoot, and the ability to put the ball on the floor to attempt to score.  Power 5 schools should be watching her development.

Shorts comes with good genes as her brother has played wide receiver at West Virginia. Still young in her game, she showed some ability to attack the basket and should be monitored by division one programs.