Notre Dame came in with the better numbers, but UConn walked away with the victory.

South Bend, IN — UConn has won four straight national championships, establishing themselves as the best college basketball program in the country, bar none. They’ve lost five games in the last four full seasons, winning national championships in each of them, with four of those losses coming in one year. They’re a routine 7-0 this year, as common for them as it is for us to see the sunrise.

They were top notch in scoring margin, because this is still the Huskies we’re talking about, but they weren’t the force that their record indicated.

Jokes on me: they still totally are. They just dismantled Notre Dame, beating them by eleven points. They suffocated that fifth-ranked Irish offense, holding one of the best three-point shooting teams in the country to three makes on 14 shots. 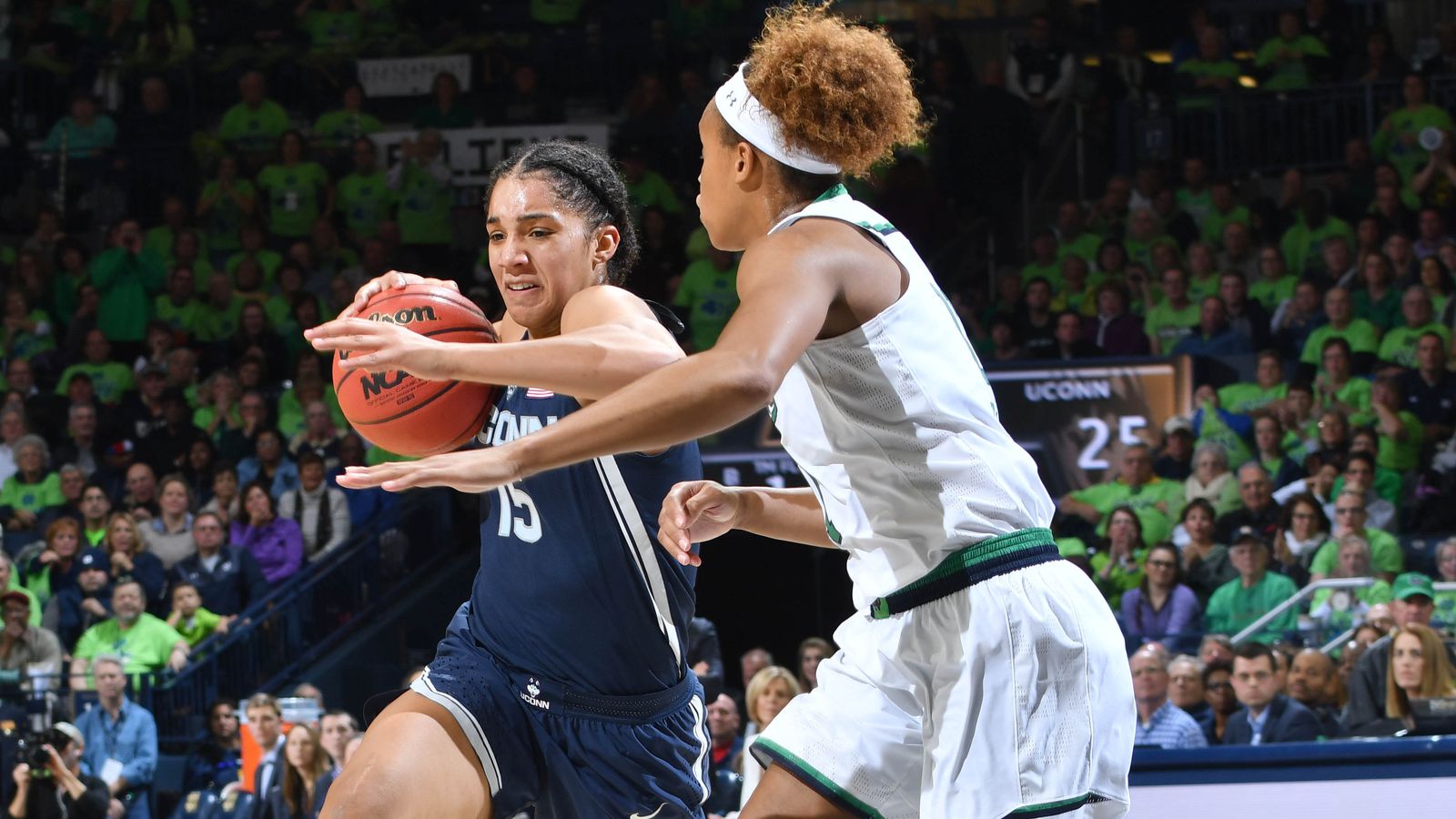 UConn was able to extend their winning streak to 83-consecutive wins, and remain one of the few undefeated teams left standing.

UConn wasn’t superhuman on offense, either, held nine below their season average; the Notre Dame defense is legit, and will be the best asset going forward, but it didn’t bring them a victory tonight.

Gabby Williams (19 points), Napheesa Collier (20), and Katie Lou Samuelson (18), let the Huskies in scoring. They were a three-headed wrecking ball (the most common kind of wrecking ball), scoring 57 of their 72 points.

No other player on the Huskies roster was in double figures, and only one player had more than four points: Kia Nurse, who had eight. They relied on a seven-man rotation, letting their starting five do most of the talking.

The Fighting Irish, in contrast, was a team run by committee. Nine players saw the floor, led by Brianna Turner (16 points) with Lindsay Allen coming in second (11). No other players were in double figures, but one had nine points, and another had eight points, along with a smattering of other low-to-mid single digit points.

A team with depth is better than a team without one; they didn’t manage to take advantage of a hard-worked UConn Huskies rotation.

Neither team show particularly well, though UConn has an edge there as well; the thing that made a difference in the game was the free throw disparity. UConn shot 20, and made 19; Notre Dame shot eight, and made four. Whatever the cause for that noticeably large gap in free throw attempts, that, more than anything else, was the deciding factor in this game.

UConn travels to Kansas State on December 11th, their second straight game on the road. Notre Dame head to number 16 DePaul on December 10th, their first road game in what will be a six-game trip. UConn won its 83rd game in a row. It now has the second-longest winning streak in women’s basketball history, behind only themselves, at 90 wins in a row