Anybody who has been a player, coach or supporting member of the UConn Huskies knows what it takes for the university to be as dominate as it has. By the time March rolls around, fans too will get to see the energy the Huskies exert in hope of a fifth-straight title.

The UConn Huskies women’s basketball team is used to being on television and in the spotlight, for all to see. It is no question, the Huskies have dominated the women’s game for years, as last season they collected their fourth-straight NCAA title.

Well, many know it takes hard work, discipline and teamwork – to name a few keys -- to win a title, but not many fans have been given an inside look at what UConn really does to prepare for National Title runs – until now.

In a special series being aired on HBO Sports with the teamwork of IMG, the 2016-2017 Huskies will be featured in an hour-long show on March 1 called the “UConn Huskies: The March to Madness,” per the Fairfield Citizen. Following the first hour showing, the show will be broadcasted on subsequent Wednesdays for a half hour.

“The March to Madness” will give a special behind-the-scene look on the players, coaches and support staff of the Huskies as they seek a record five-consecutive championships.

“We are always looking for fascinating stories that will appeal to our subscribers, and this project will shine a spotlight on one of the most successful athletic programs in America,” said Rick Bernstein, executive producer, HBO Sports. “Under Coach Auriemma, the University of Connecticut has built a tremendous program that excels year after year.

“Our goal is to explore why this program is so accomplished and to tell the backstories of the student-athletes who are committed to carving out a remarkable piece of history on the college basketball landscape.” 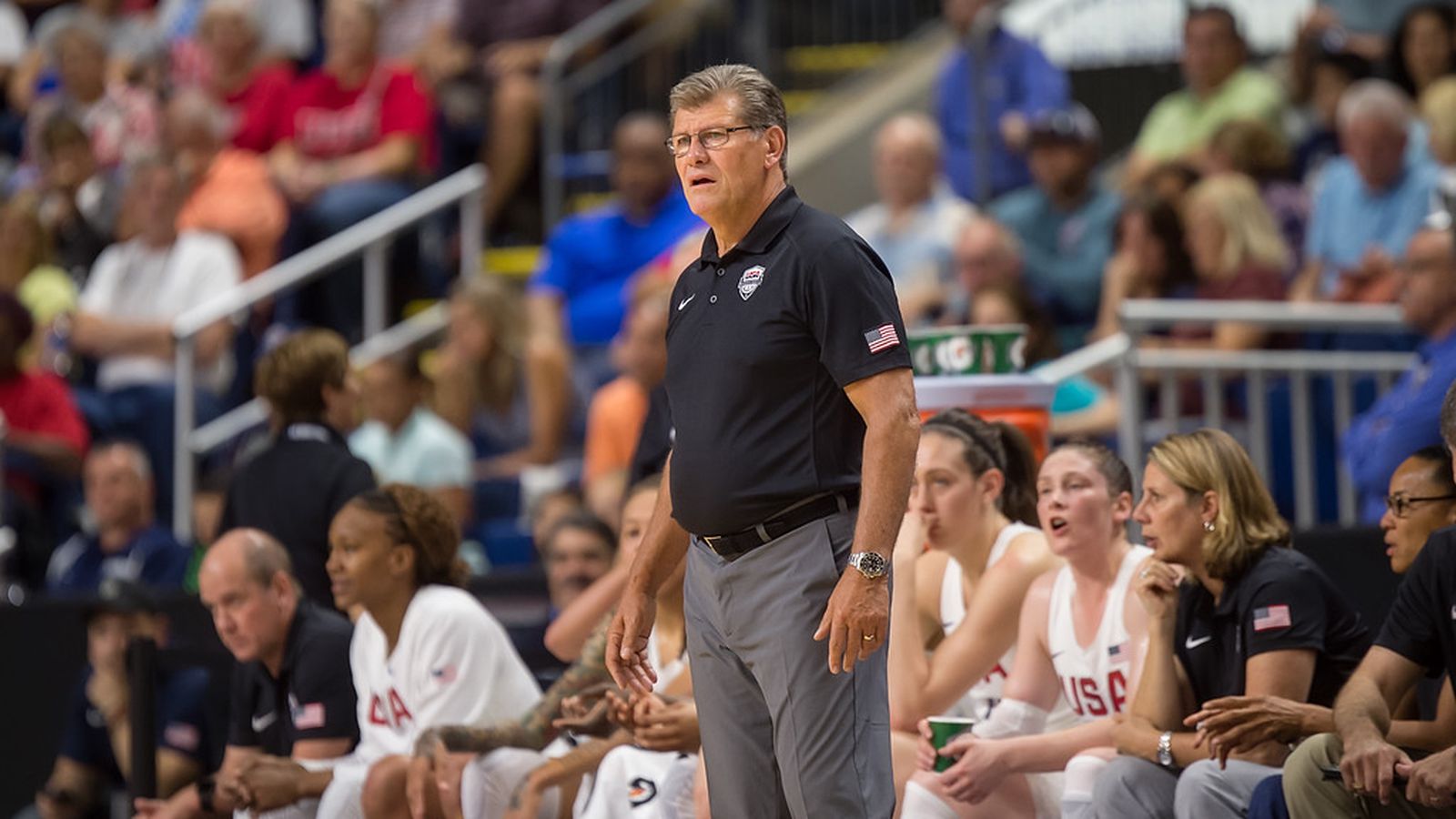 While he is an intense coach, Geno Auriemma knows how to have fun and laugh at his own facial expressions -- so do his players.

Along with Bernstein, Senior Vice President of Programming and Production at IMG, Mike Antinoro, is also excited for the production stating, “The Huskies’ program is the gold standard in college basketball: outstanding leadership, a legacy of dedicated players and the ability to make history time and time again.”

As for the head coach of UConn, he too has the same consensus on the HBO feature for his Huskies, sharing with the Fairfield Citizen, “We are absolutely thrilled to be involved in this project,” Auriemma said.

“Knowing the kind of high-quality content that is showcased by HBO, I am already looking forward to watching the first episode. This offers a tremendous opportunity for a lot of people to get an inside look at our university and to see just what goes into building a championship team.”