The Chicagoland Invitational Showcase might be a relatively small event, however, there was plenty of big time talent on display.

Chicago, IL -- The temperature outside was dropping well below freezing and snow was falling as quality talent was on display at the January 9 Chicagoland Invitational Showcase presented by William Fremd High School in Palatine, Illinois (just outside Chicago).

Twenty high school teams got a chance to demonstrate their skills to 23 division one colleges (primarily from the Midwest).  The event was well worth attending with most of the best teams from the Greater Chicago area participating.

Teams of the event: Montini and Morgan Park

Montini showed why it was undefeated and nationally ranked in defeating a respectable 9-1 Davenport (Iowa) North High School 69-43.  Montini is one of the deepest teams in the nation with at least nine future division one players, including several of the Power 5 variety.  With only two seniors, the Broncos should be one of the top teams in Illinois for the next few years.

Morgan Park High School edged host Fremd High School 61-57 in an exciting battle of one-loss teams.  Morgan Park plays a very up tempo athletic style of basketball and was able to use greater athleticism to maintain a lead of a few points for most of the contest.

These teams are scheduled to meet in late January but are in different classes for the state playoff series.

Cage, signed with Loyola of Chicago, was a prime force in the win over hosting Fremd.  She hit multiple threes and attacked the basket in leading her squad with 22 points. For the season, she is one of Morgan Park's top two scorers. 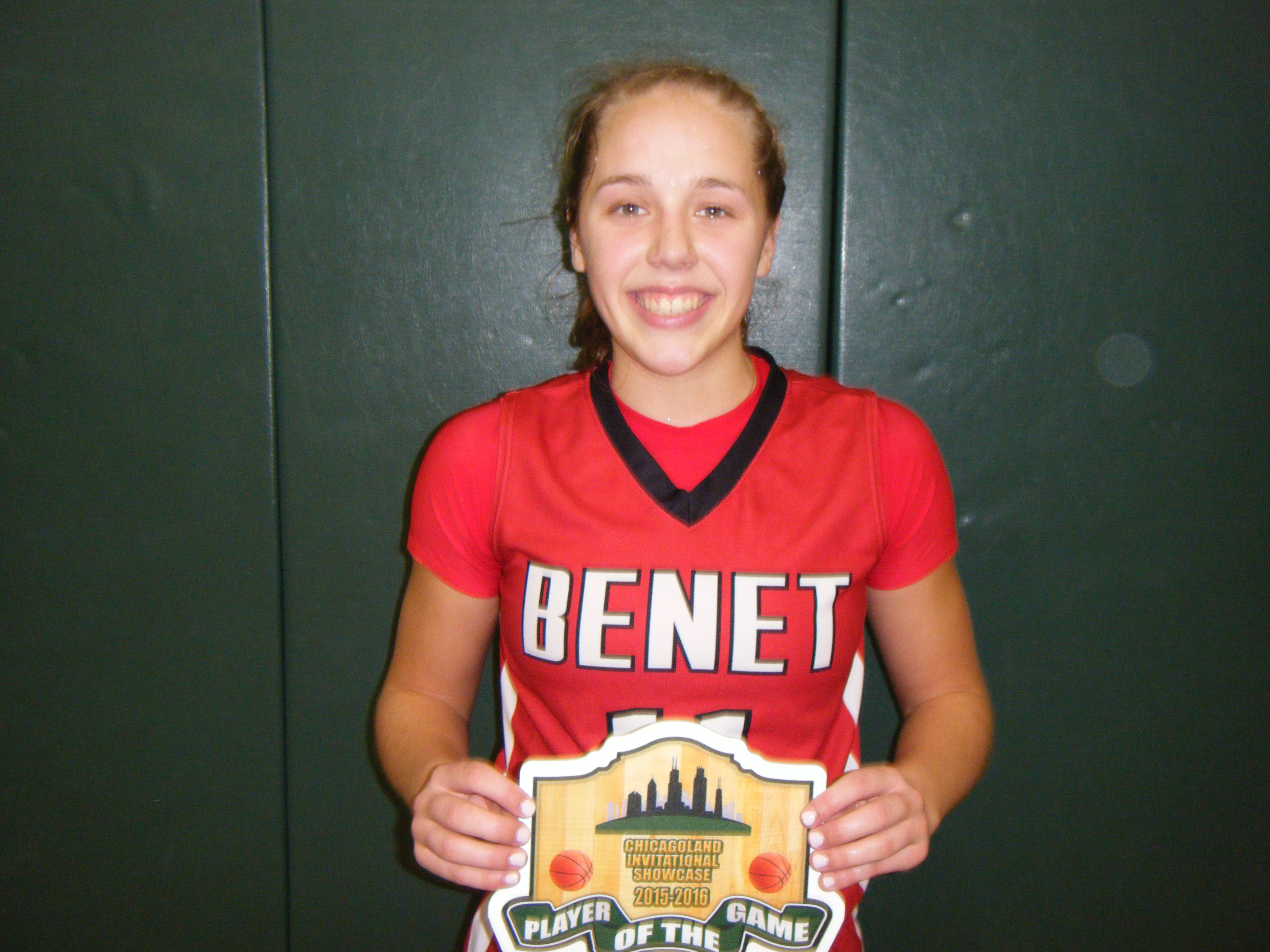 Doyle, a Nebraska signee, does a lot for her defending Illinois 4A (largest class) state champions.  She sets up the offense, makes others around her better and here in the 47-40 win over Heritage Christian of Indianapolis led her team with 15 points.  She can hit the three but the pull-up jumper and going to the basket appear her prime scoring techniques.

(Do you understand how unbelievably good Paul VI is? - Swish Appeal).  She continued her fine play back home leading her team with 21 points in the loss to Morgan Park. She initiated the offense and attacked relentlessly. 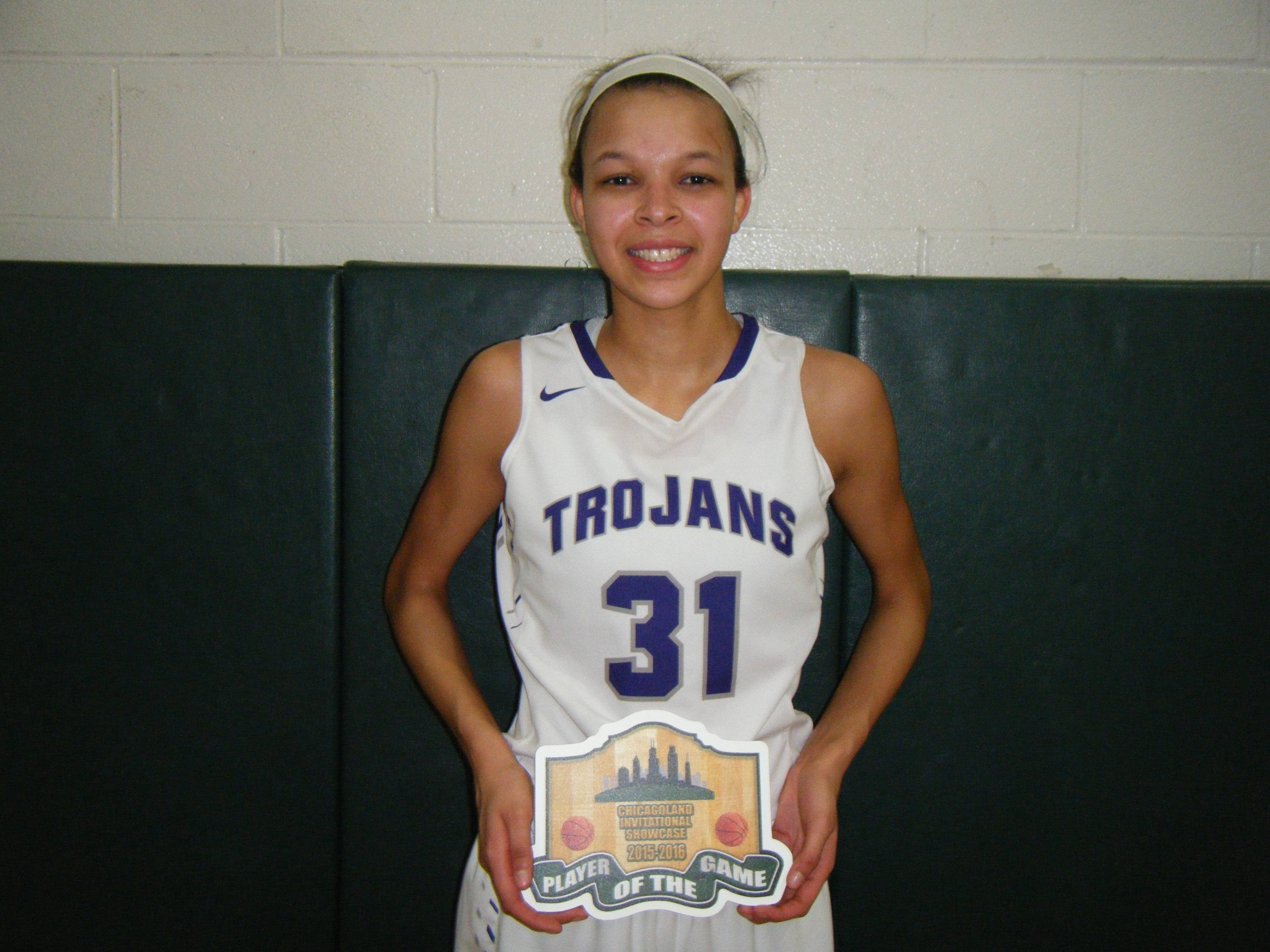 Green, committed to Penn State, posted 20 points in her team's 55-44 victory over Marian Catholic.  She handles well for her size and showed an ability to hit the three.  Somewhat thin, she needs to get stronger for Power 5 basketball.

Lewis, an Ohio State signee, showed why she was considered a top recruit in posting 19 points, 11 rebounds, six assists and five steals.  Although playing point here, her versatility will allow her to slide to the shooting guard slot at the next level.

McKenna, unsigned, needs to be taken by some division one program looking for help at lead guard.  She may be viewed as too short by some but her high basketball IQ and ability to make others around her better will make the right coach happy that they invested in this high academic prospect.  And don't leave her open or she will hit the three on you!

Springola, a Marquette signee, likes to operate in the wing to baseline area. She specialized in the three, hitting four in the event while totally 18 points and nine rebounds as her team beat Gary (Indiana) Westside 75-48.

Houston, orally committed to Iowa, is a strongly built wing player.  At the Showcase, she demonstrated a versatile offensive game (drives, perimeter shots) in scoring 14 points in her team's loss to Montini.  She is above average athletically and plays under control taking what the defense gives her.

Kunzer received player of the game honors in Montini's win (scored 12 points as part of a balanced attack).  She initiated her team's offense and then often moved to the wing hitting perimeter shots including a couple of threes.  On defense, she is not shy about hitting the floor for loose balls.  Kunzer has division one offers on the table.

Mack is one of those quick off her feet kind of athletes.  With a good motor, she readily attacks the basket and finish with contact.  At the event, she posted 17 points in her team's 68-44 win over Rufus King.  She should be getting Power 5 looks.

Jarosinski, considered one of the top post prospects nationally, moves well, scoring around the basket with a few polished moves. Highly academic, she needs to get stronger for Power 5 play to which she is already being recruited.

Patty, a lefty with a medium-solid frame, runs well and would be considered above average athletically.  She showed a mid-range face-up shot but liked to attack the rim by going left.  Word in the gym was that she already has high-level Power 5 offers.

Roby's game is still young but with good hands and strong body capable of playing in the low post, her upside is undeniable.  Her progress is already being monitored by Power 5 programs.