The 7th Annual National Title IX Holiday Invitational Classic drew 48 high school teams from 13 states, the District of Columbia, the Virgin Islands and Canada to the DC Armory in Washington, DC, on December 28-30.  Presented by Events DC, about 77 colleges (mostly from east coast states) attended one or more days of Title IX.

Attending this event gave the players and coaches three days of good basketball and an opportunity to learn something about what Title IX stands for as presentations were made during the banquet on the day before play began.

These three eight-team brackets (finals of each briefly discussed below) had the most quality participating teams and were the focus of Swish Appeal coverage at the event.

The Mink was Title IX's top bracket, and the Californian won all games by double figures.   For more on both teams, see below.

National Christian (NCA) had a scare (three-point win) from Georgetown Visitation in the bracket semi's but otherwise cruised.  NCA belonged in the Mink, but certain rules from other states blocked competition with NCA as a non-MPSSAA (Maryland's affiliate of the National Federation of High Schools) full member.

In fact, no private schools in Maryland are, but some states will not understand this does not make Maryland private schools some kind of "bandits" to be shunned. It is just the way the state's secondary school athletics is organized.

This match-up between private school powers (all non-affiliated with the National Federation of High Schools) was expected to be close with Hamilton having won an earlier December meeting 53-48.

Coming into the event undefeated, Forestville was but a footnote on the national scene.  Victories over previously unbeaten and nationally ranked Konawaena of Hawaii and St. Francis of Georgia have vaulted it into national prominence.  The loss to consensus #1 St. Mary's of Stockton in the Mink final does not diminish its accomplishments at Title IX.

Who is the best high school team in the nation (at least through December)?

In some states, the high school season is half over.  In others, it just started.  With the Christmas tournaments of 2015 now in the book, it seems only appropriate to mention our view of the very top team-wise of girls' high school basketball.  All four teams below have multiple obstacles left before any could claim a mythical national crown but look to have the best shot at doing so.

The Rams consist of maybe ten division one players of some stripe of which at least three are of the Power Five variety.  Based on current MaxPreps ranking, St. Mary's best wins have been over nationally ranked Riverdale Baptist of Upper Marlboro, Maryland, and Forestville (Maryland) High School not to say all others were pushovers.

National polls pretty much agree on who is number one.  After that, there is plenty of room for debate and diverse opinion.

The Pantherettes won both the Texas Invitational (played in the Houston area) and the Sandra Meadows Classic (played at Duncanville HS).  From a rankings viewpoint, its best wins have been over nationally ranked North Shore High School of Houston, Texas, and Blackman High School of Murfreesboro, Tennessee, by 20+ points each.

The margin of victory (none in single digits) is Duncanville's greatest positive argument with the fact that they do not leave Texas being a negative consideration.  Regardless, Duncanville fans can point out that their school is the only public school in this brief list.  It must still conquer the largest class in Texas, no easy task.

The Lady Panthers won the Naples Holiday Shootout top bracket and took on two state champions from last season at She Got Game! Not its fault, none of these teams have lived up to expected billing with its best win to date based on records being over Illinois's Fremd High School (only one loss to date) in Naples.

As to depth of players, Paul VI has as much quality on its roster as anyone and may need them all to remain unblemished in a difficult DC Catholic League.

The Crusaders took on St. Mary's at the Nike TOC and lost by just five which is the closest anyone has played the Californians.  The team's best wins are over otherwise unbeaten Centennial of Las Vegas, Nevada, and Princess Anne of Virginia.  Looking forward, the Crusaders still have several currently or previously ranked teams on its regular-season schedule before its post-season which should provide at least another test or two.

Looking at some of the individual talent in alphabetical order with listed height, position and school within graduation year.  Location of school is in parenthesis.

Dozier, a Jacksonville (FL) signee, hit a pair of critical threes near the end of her team's 44-41 win over Georgetown Visitation.  In the final versus Saint Francis (MD), she knocked down four threes. With her length, she also gives her team an effective rebounder from a perimeter position.

From Nigeria, Edwedike has been playing basketball in the USA for just over two years.  Her ability to finish around the basket is much improved from last year at this time.  Granted she needs to work on her conditioning given her thick build.  Regardless, division one schools need to be monitoring this very tall unsigned senior. 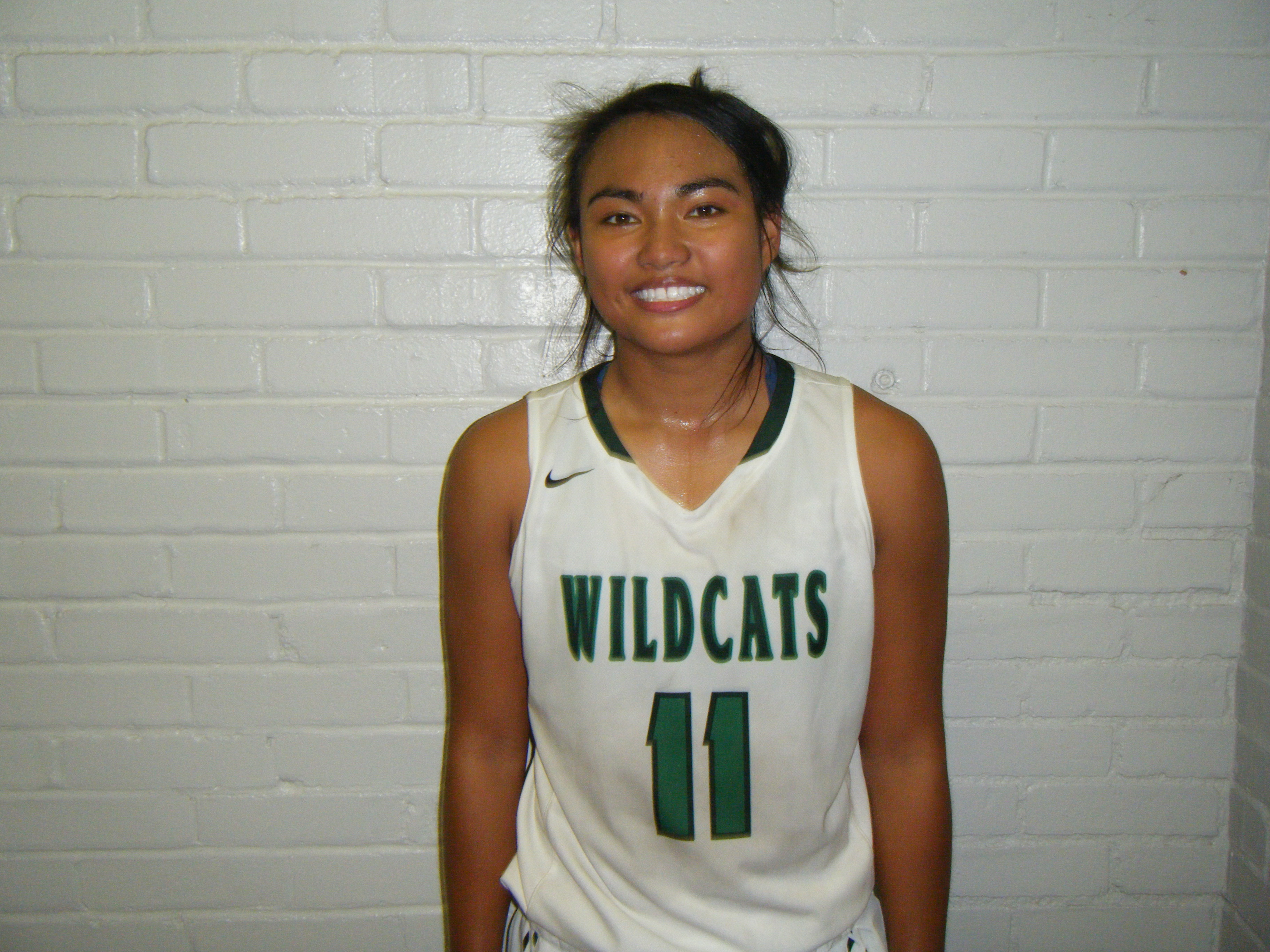 Molina, a Washington State signee, is considered one of the top point guard recruits in the 2016 class.  She plays with a calm demeanor and high basketball IQ helping to make others around her better.  Molina can attack going left or right to the basket.  She also can spot up on the perimeter effectively to beyond the arc.

Rudd, a North Carolina State signee, appears to be maturing in her game.  A coach's daughter, she will share the ball but knows when she has to take a game over attacking the basket or shooting on the perimeter inside and beyond the arc.

Scott, a Kentucky signee, is a superior athlete who only recently started to concentrate on basketball being a multi-sport high school athlete.  Currently, she is more of a threat in the key. Scott understands that the Wildcats would like to see her move out to a small forward's slot, and she is working to take her game in that direction.

Sims, a North Florida signee, showed some solid ability to attack the basket while still running her team's offense.  She was particularly adept at throwing defenders off stride with a nice hesitation move.

Smith was the straw that made her team go.  The Syracuse signee was in attack mode from the first whistle to the final buzzer.  A lefty, this quality athlete also showed the ability to hit the pull-up jumper off penetration.

Tudor, an Oregon State signee, again showed the ability to pour in threes as part of the St. Mary's quarter-court attack. For her size, she has decent handles, particularly to attack the rim on occasion.

Davis is a bit undersized for what she does but compensates with a high motor.  She hits the glass hard cashing in offensive rebounds.  Davis is now starting to hit the three on occasion, but she still needs to build range to maximize her potential at the next level.

One might describe Kelley as a "one-trick pony" but it is quite the trick.  She is an excellent spot up three-point shooter with a quick release off the pass.  In the loss to St. Mary's of Stockton, she posted nine threes and 31 points.   Improving her ability to score off the bounce is an area which appears to need work.

Tampa is a player who can get overlooked by the scouts given her team's supply of Power 5 front line.  She can play the point (and had to for most of this season with the starting point guard out with injury) but is normally featured on the wing due to her ability to shoot the three.  Getting division one offers, how high she goes may depend on just what level recruiters feel she can play the point. 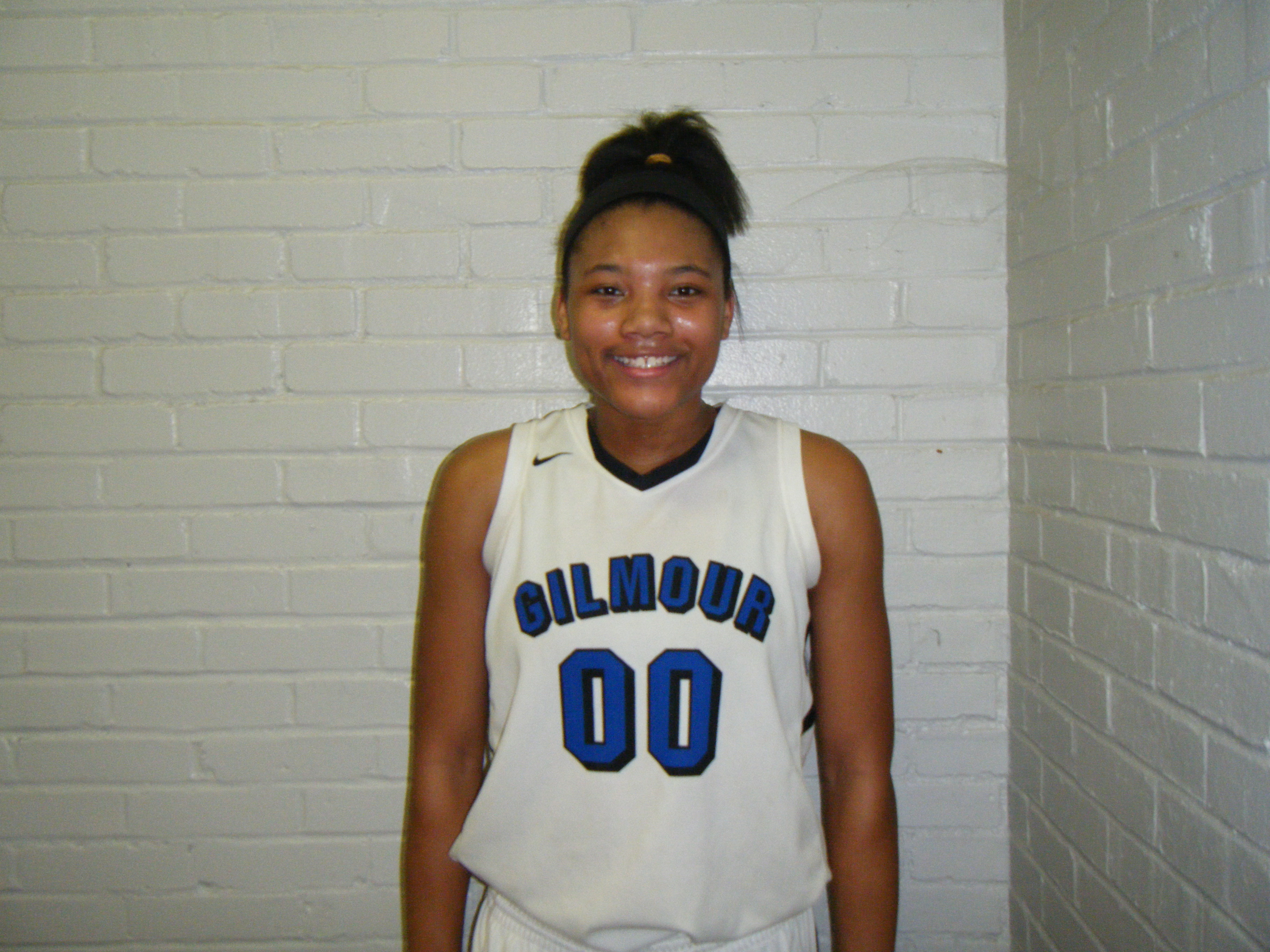 Hillmon is a worker in the lower paint.  Right-handed, she loves to finish left around the basket.  With a high motor, she rebounds out of area better than most.   Adding some range is the one area of need.   With genes from a mother who was a successful post player at Vanderbilt, it is not surprising Naz is high on the radar of Power 5 teams.

With an athletic body, good size and skills to match, Massengill can play any of the three perimeter positions as well as defend them.  Offensively, she looks to attack the basket but also has the mid-range jumper.  Look for her on a Power Five roster after her high school years.

Rivera is a fine athlete whose game appears to be maturing nicely.  For the most part, she hangs around the key looking to post up.  On occasion, she moves to the perimeter to successfully stroke a three.   With continued maturation of her perimeter skills, Rivera has a good likelihood of finding her way into the high majors at the next level.