In part two of the Boro report, we will look at the 2017 Showcase Division.

In part 1 ( 2015 Battle in the Boro: Massive and talent packed; iExcel wins top 2016 Division (part 1) - Swish Appeal ), an overview of the tournament was presented, and matters pertaining to the 2016 (junior) Showcase Division were discussed. In part 2, the 2017 (sophomore) Showcase will be discussed as to action and talent but first one unrelated issue needs to have light shed on it as this happened in this section of the event.

The case against near invisible numbers (see photo)

Over the last few years, colleges and club teams have gone to less traditional looking uniforms with all sorts of color patterns having nothing to do with traditional school (or club) colors.  All that is fine except a more sinister element has crept on to these uniforms, namely numbers you cannot easily see.

In some cases, it is strictly style without ill intent but not in others.  The goal for some is make it much more difficult to scout a team on film (required in NCAA Division one where no live scouting is allowed except at tournaments).  Perhaps some club teams feel the same way.

The rule book requires contrasting numbers to uniform background.  If you look carefully at the dark uniforms in the accompanying photo, you can barely make out the number (outlined in a light blue against a dark number interior).

Meanwhile, the number of the opposing player (in a more proper uniform) on the foul line is clearly visible. The dark uniforms (such as in this photo) should not be allowed in tournament play as it makes it unnecessarily difficult for floor officials, official scorers and media (and of course fans) to fully follow the game.

What is so stupid here is this is an exposure event, and players need to be easily identified by college scouts not hidden as this photo shows.  Light uniforms need fully dark numbers (not just an outline of a number) and vice versa.

In order to qualify for the Nike Nationals Juniors Division (July 27-30 in North Augusta, SC), Nike teams were placed in one of the pools (A, E, K) with other young Nike teams. Six teams (first and second place from pools) went on to either Gold or Silver Bracket play with North Tartan Nike winning the Gold and Fairfax Stars Nike winning the Silver Bracket. In watching these Nike pools, the talent did seem deeper.  However, the finals of each bracket were Nike versus non-Nike.

Picking up the action in the 2017 Showcase Division Gold Bracket (pool winners)...

This was a case of superior athletics dominating a less athletic but still talented, structure oriented team.  Xtreme took charge from the start and led 35-13 at the half.  The Tennessee team played together and hit their shots making this win look easy.  Xtreme was led by Amber Hunt (5-7, forward/guard, 2017) with 18 points and Rhyne Howard (see below) with 16 points.  No Lightning player reached double figures.

North Tartan hit threes early.  In the second half, Division MVP Mikayla Hayes (see below) took over scoring 18 of her game-high 24 points.  Janna Lewis (5-11, forward, 2017) led the Louisville-based team with 10 points.  North Tartan had the lead wire to wire.

North Tartan Nike had a couple of advantages coming into the game.  Their players were on average older, had played (and lost) in a similar big game final at the Boo Williams event in April and finally the squad was a bit deeper.  Xtreme started well but struggled to score in the latter portion of half number one as North Tartan led 25-17 at the break.  During that time, its man-to-man defense made it hard for the Xtreme shooters to get open looks.

Xtreme had zoned for most of the first half and in going man cut into the lead as the second half started.  However, In the end, better execution and team depth gave North Tartan the win being led in scoring by Sara Teske (5-11, small forward, 2017) with 18 points and Rachel Ranke (see below) with 13 points. Xtreme was led by Jazmine Massengill (5-11, point guard, 2018) with 16 points and Rhyne Howard (see below) with 14 points.

Again, it was hard to just choose 16 (15 plus MVP) players to honor.  Most likely, a good case could be made for several others.  Special thanks to Randy Coffman, Joe Fenelon, Jack Harlow, Darby Maggard and Kyle Turnham who served on the All-Tournament Selections Committee with me!

Players below are listed alphabetically by height, position, graduation year and club team with hometown in parenthesis.  The criteria for selection was performance at the event in conjunction with success of the team.  Congratulations to all selected!

A good athlete, Balagun is versatile.  She can shoot outside but is not afraid to hit the boards.  She appeared particularly adept at rebounding the weak side.

With good handles for her size, Caldwell likes to slash to the basket. She moves well without the ball, cutting to get open to be able to take a face-up shot or drive to the rim. At the other end of the court, she is a solid defender.

A good athlete, Church has a focused demeanor on the court.  Physical in nature, she will attack the basket but also showed she can score from the perimeter.

Davis showed she can get out on the fast break and finish. In half court settings, she plays on the perimeter and inside but appears to score via attacking the basket.  From viewings at the event, it seems she should work to build shooting range to complement her strong penetrations. 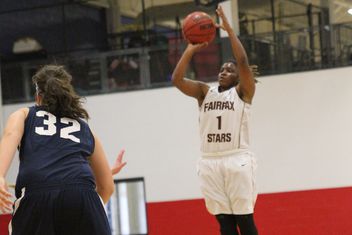 Gray led her team to victory in the Silver Bracket (second place pool teams) of the 2017 Showcase Division.  The can play either guard slot scoring via penetration and mid-range perimeter shots. Most notable was her bringing her team back from a double digit deficit in the Silver Bracket semifinals versus the North Tartan Sophomores (a separate team but in the same club as North Tartan Nike).

Harris has a compact but strong build. She uses it very efficiently in attacking the basket as well as defending on the ball with intensity and discipline.

Hayes had a big game in the semifinal tallying 24 points versus Louisville Team Shively.  Over the course of the event, she helped rebound and defend the paint on a balanced North Tartan Nike team, thus garnering MVP honors. 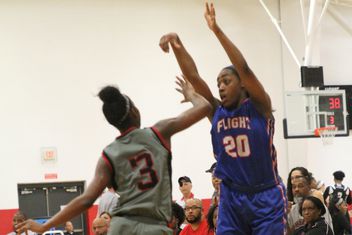 Hemingway is very advanced for such a young player taking a lead role on a team of older players.  She aggressively attacks the basket but can also hit the perimeter shot.  She still needs to improve her shooting percentage as it times she takes a high volume of shots to score her points.  Regardless, this youthful talent can't be denied.

The proverbial "long and athletic," Howard makes the game look easy when she is hitting shots.  She is a dangerous opponent whether driving to the rim or shooting over the top. Had her team won the Gold Bracket final, she would have been a strong MVP candidate.

Nelson-Ododa showed well although her team did not finish high enough in pool play to make it into the Silver Bracket.  Regardless, Olivia showed well.  For her size, she handles the ball well looking to attack out of the high post.  Athletic, she runs the court well and hits the boards for rebounds.  Having above average basketball IQ, she picks her spots well as to when to attack. 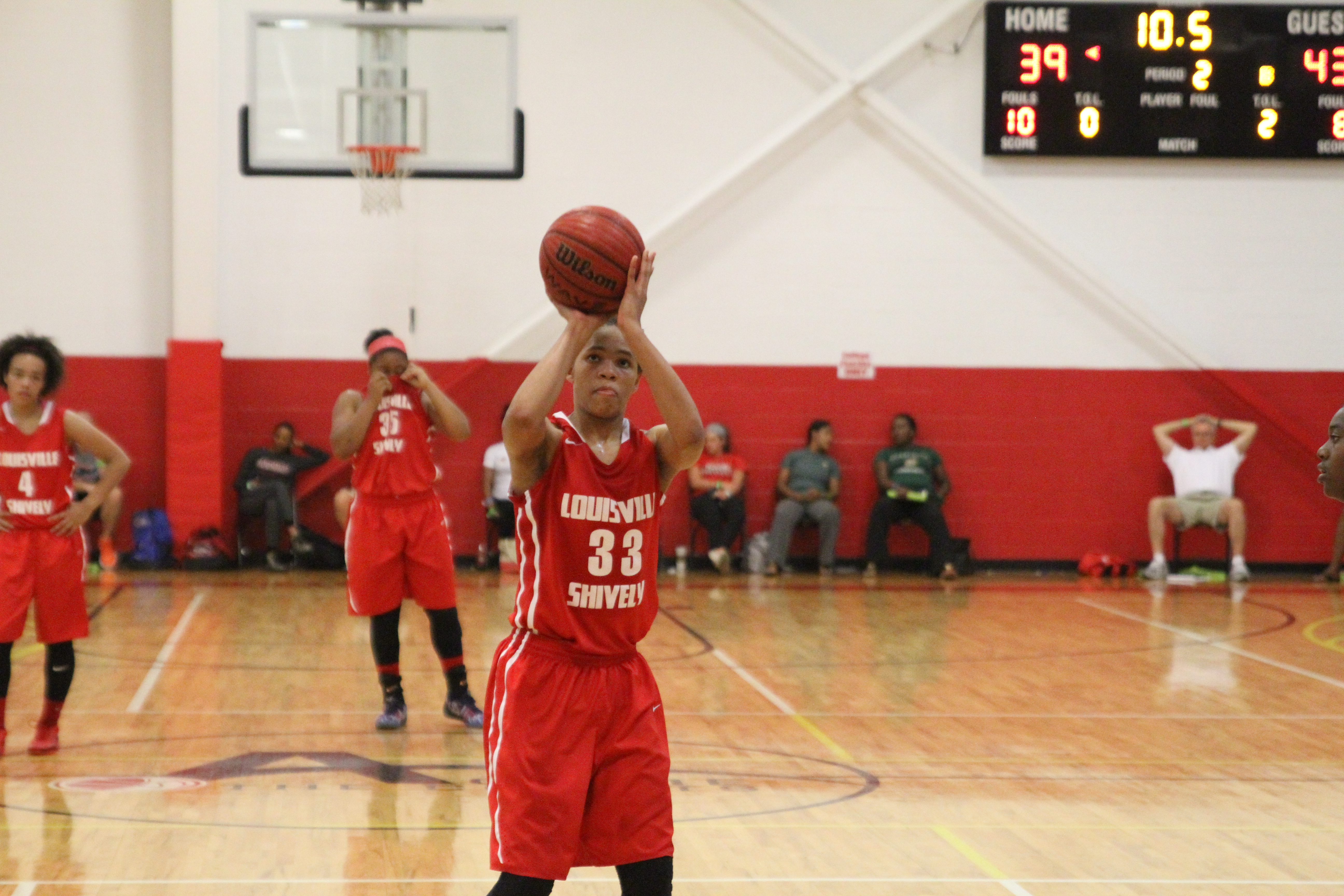 Considered one of the top 2017 prospects in Kentucky, Penn has a versatile mid-range game but also looks to penetrate to the rim.  She can also shoot the three-ball.  At times, she appears to defer (perhaps too much) to others to carry the offense.  Her efforts at the event helped her team reach the Gold Bracket semifinal.

Pitts is very selective in picking her spots as to when to attack.  She also can hurt the opposition with her midrange game. 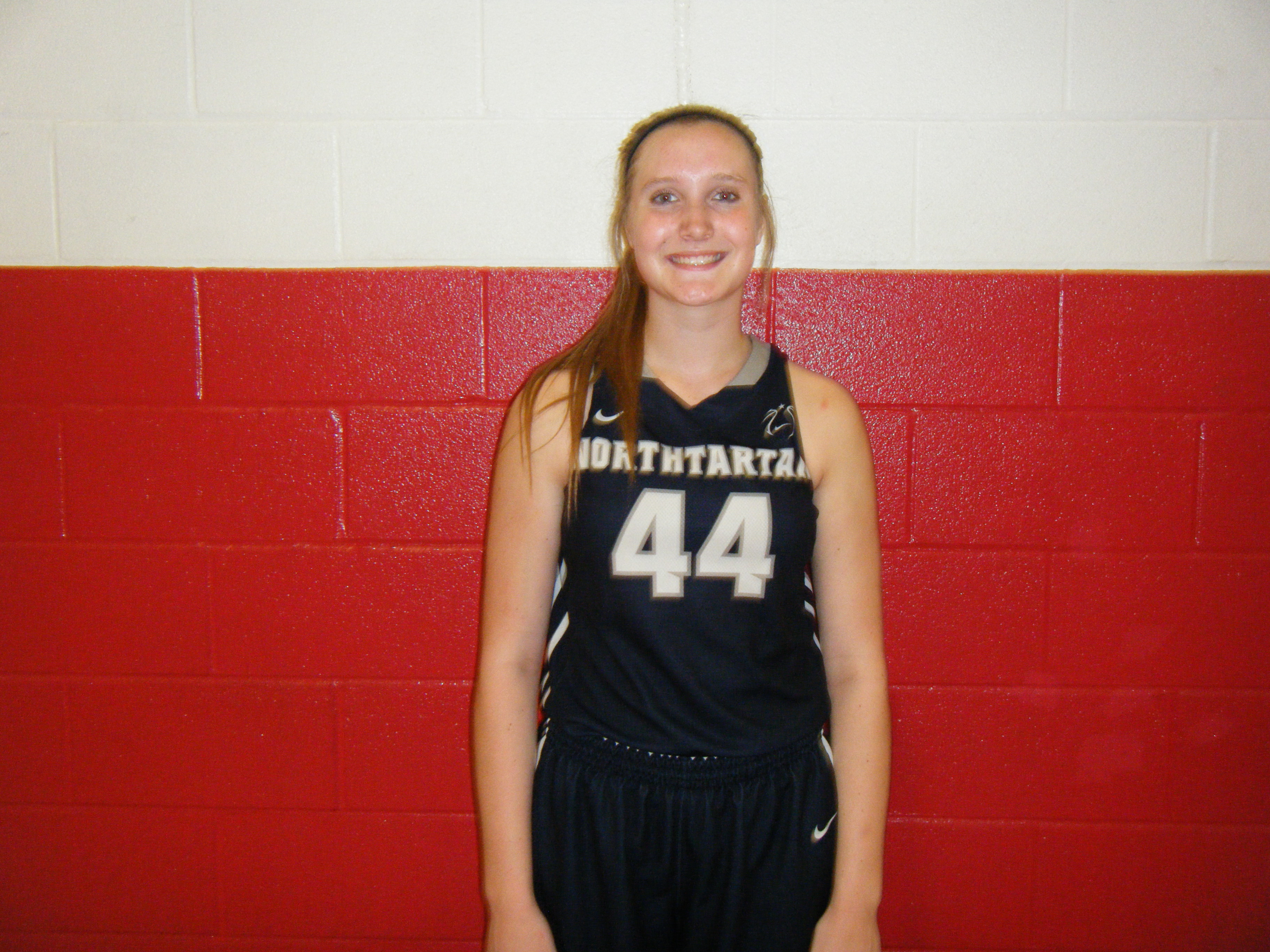 Ranke could be described as a "stretch four."  She likes to spot up and shoot the three-ball off the pass.  On the flip side, she is an above average passer.  She appears to be working on her drive to the basket but that is not her first scoring option.

Singleton uses her athletic, lean build to control the middle on defense. She annoys the opposition by deflecting passes and rebounds well.  Offensively, she scores around the basket but still could add more post moves.

Waldrop plays with good energy and at times can be found on the floor going after looses balls.  She does not give up if things are going badly for her team.  Offensively, she primarily has the midrange game.

Warthen is a good athlete with a good motor.  Offensively, scouting reports would label her a slasher.  On defense, she is aggressive as an on ball defender.