Capital Cool 2015: Plenty to scout inside in Montgomery, Alabama

With 55 teams present, there was little time to "enjoy" Alabama's late spring heat and humidity. Fortunately, the facilities were well air-conditioned so the event lived up to its name!

Share All sharing options for: Capital Cool 2015: Plenty to scout inside in Montgomery, Alabama

The last weekend in May brought 55 teams from the South to Montgomery, Alabama, for the 3rd Annual Capital Cool Classic presented by Team Elite and Essence basketball clubs.  There were eight divisions running from middle school to rising seniors.

While the Capital of Dreams bracket saw the richest talent with three teams from the Nike EYBL present (two in the bracket final), there was ample talent to seen all over primary host facility Crampton Bowl Multiplex.

This year saw a few scouting services present which was a deserving improvement in numbers over last year.

Alabama coming along but still behind

Having attended this event for a few years now, it appears Alabama girls basketball is improving but still behind neighboring states.  One thing high school and club coaches in the state seem to agree on is the need for more competition dates for high school teams in June.

Currently Alabama high schools are only allowed to compete against outside teams under their respective coaches for just four days during the month. Could we suggest that number be raised to a modest 12?

Lots of talent in the Greater Memphis area

Several teams based out of Memphis, Tennessee, were entered in the event.  They contained numerous future division one players.  Central High School out of Memphis appears to be particularly well stocked for the future.

The top division final was a re-match from the recent April Nike EYBL in Virginia.  Another close game but as then, the Atlanta-based Team Elite Pointer triumphed over the Florida-based Essence.  Both teams are stocked with future BCS players and winning or losing came down to a few possessions as often is the case between talent rich clubs.

Team Elite led at half 32-25 based on getting a few more transition baskets and better control of the paint. Essence's Rennia Davis (6-1, sophomore, guard/forward) led all scorers with 10 points in the half but failed to score after that.   Quanniecia Morrison (see below) led Team Elite with nine.

As the second half started, Essence quickly caught up behind the energized play of Kelsey Marshall (see below) and the game was within two possessions (with Team Elite ahead) for most of the last five minutes.

A key steal by Morrison with about three minutes left seemed to re-energize her team which maintained the narrow lead to the finish.

Team Elite was led by Autumn Newby (6-1, sophomore, power forward) with 16 points followed by Morrison with 12.  Davis and Marshall had 10 each to lead Essence Purple.

Below are listed some of the players who performed in noteworthy fashion during the event. Players are listed within graduation year alphabetically with height, position and club team; school information as available in parenthesis. 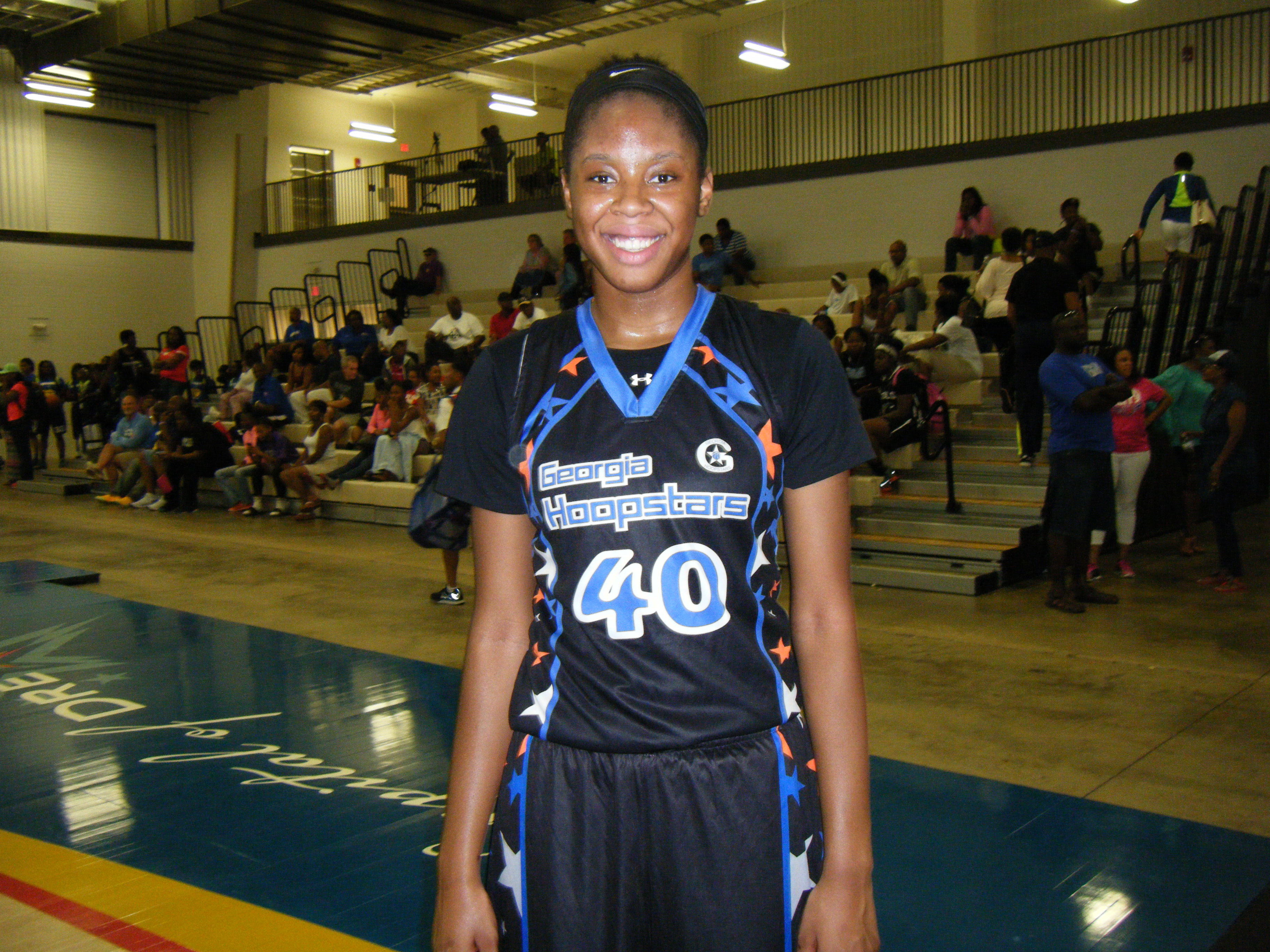 If you had not seen Aifuwa in the last year, you might not recognize her (see photo!) as she has lost a significant amount of weight (better eating habits according to Faustine herself).  Lighter on her feet, she is more active in her movements around the key, able to block more shots and can threaten to score in more ways.  She has recently re-opened her recruiting and is receiving more BCS interest.

Barnes, who has made an oral commitment to hometown Memphis, showed some nice handles.  A decent athlete, she can score via penetration and on the perimeter out to beyond the arc (but needs to build consistency there).

Graham plays like an undersized post.  To counter that, she is strongly built, has a decent motor and embraces contact.  She should be getting BCS looks in spite of her height. 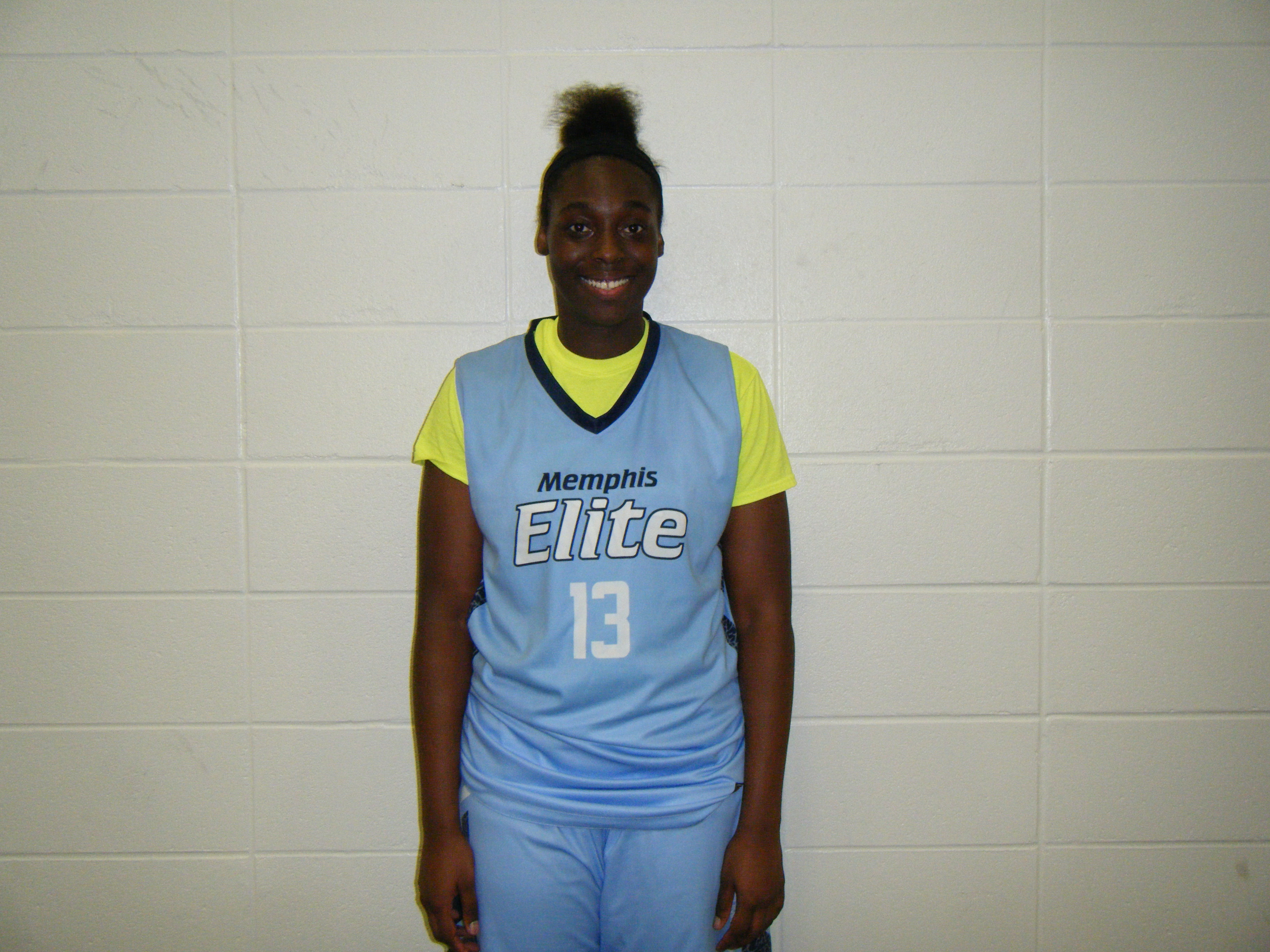 Jones has numerous BCS offers on the table and she showed why at this event by posting a couple of double digit results.  She is strongly built but mobile and has decent handling ability for her height/body type.  She can even face up in the key.  For about the last two years she has been bothered by injuries and now fully healthy, she is showing what she can do. 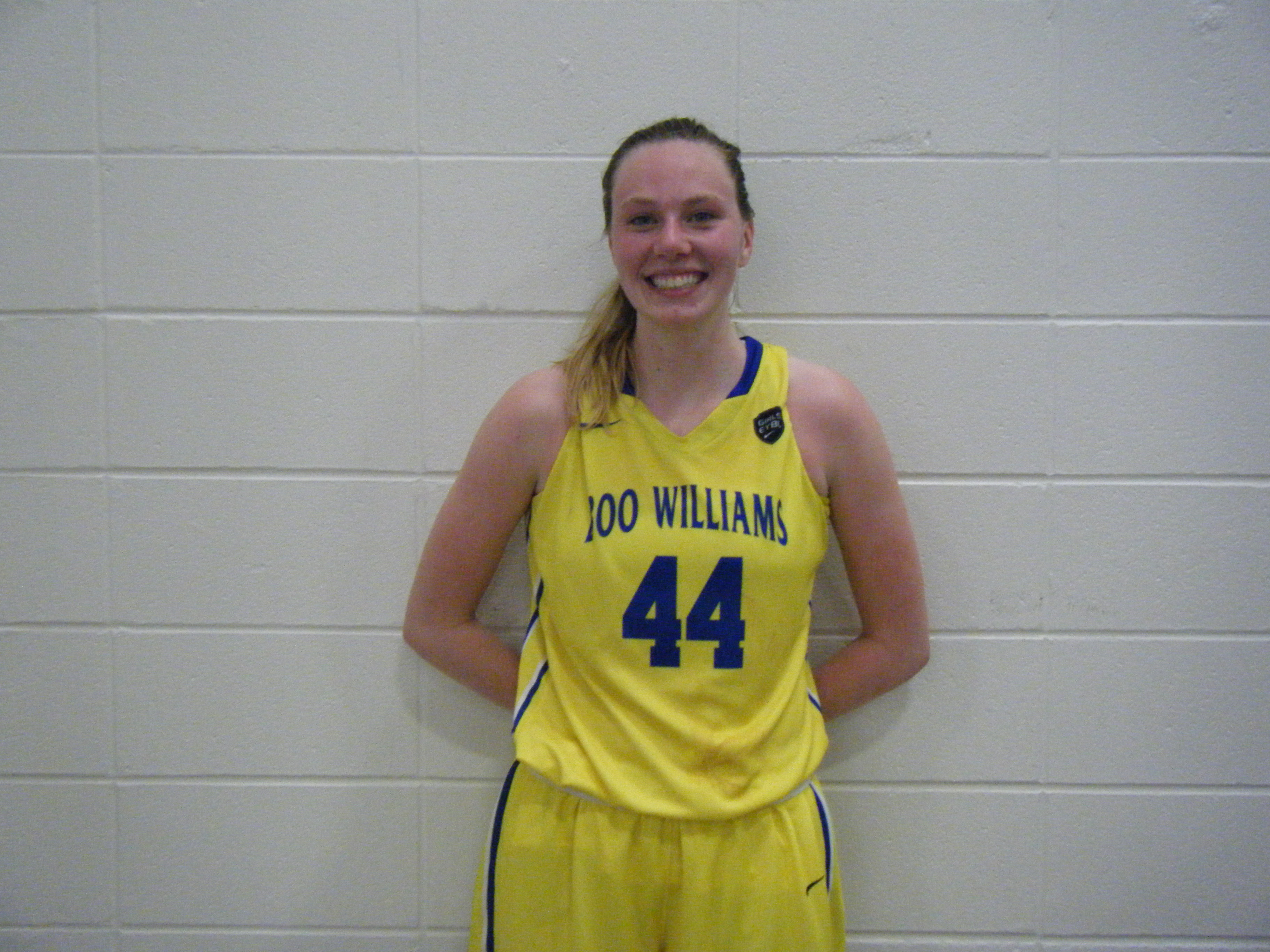 Erin Whalen of BWSL 16U (by Bob Corwin)

Whalen had a good weekend in Montgomery leading her Boo Williams team in scoring (averaging 9.3 points per game as her team finished third in the top division) at the event.  She is a baseline player who will shoot the three, mid-range pull-up or go to the rim.  For college she has made an oral commitment to Vanderbilt. 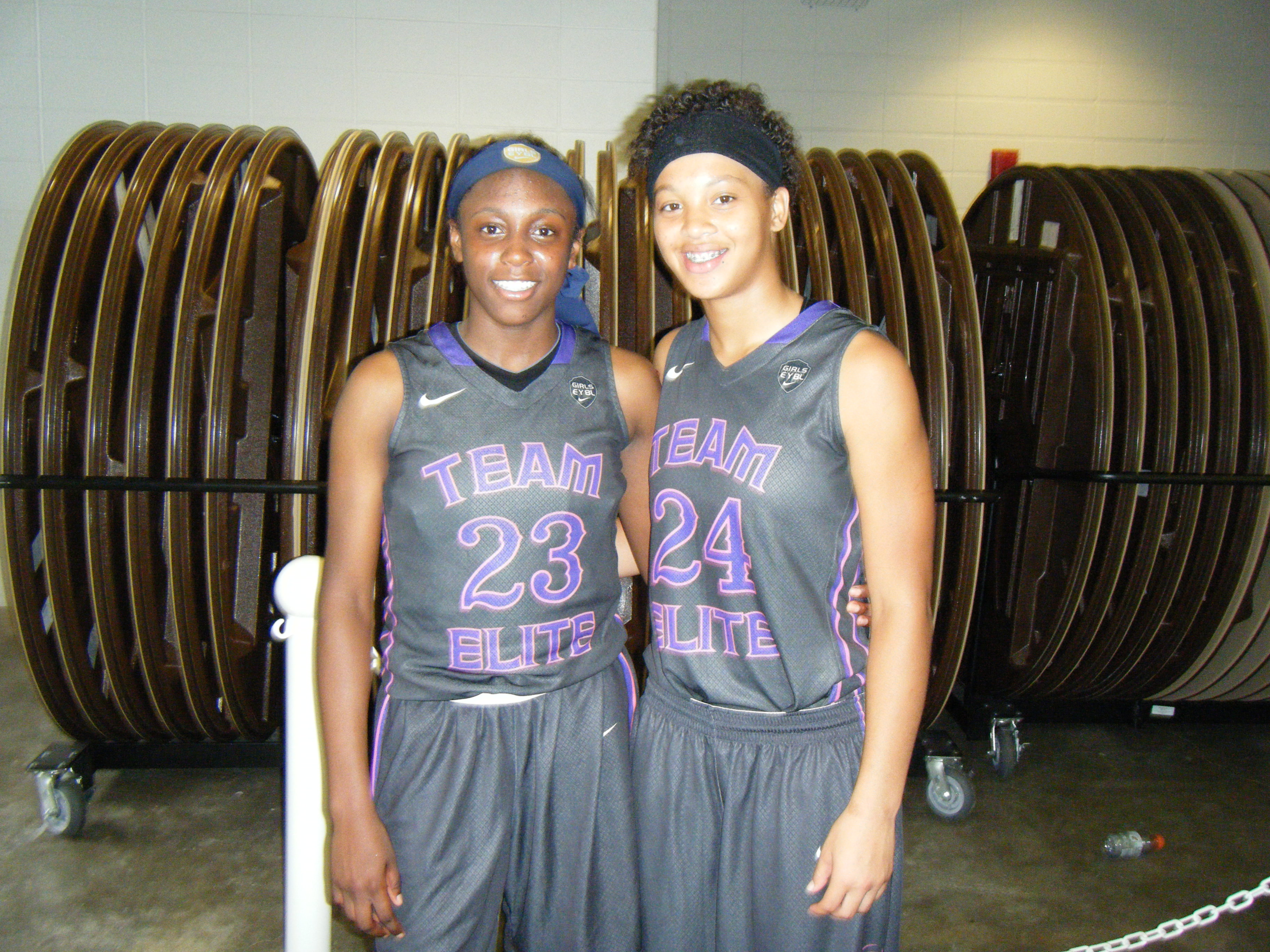 Woolfolk is an explosive penetrator with a strong pull-up jumper.  She can hit the three but that is not her primary scoring option. A good athlete, she can be disruptive on defense.  For her efforts, she received our Swish Appeal Division MVP in helping lead her team to first place in Montgomery.  Not surprising, she has multiple BCS offers on the table.

Coming off the bench, Marshall played with great energy in the division final causing multiple turnovers in helping her team come back from a halftime deficit.  Offensively she scored 10 points herself.  A strong outside shooter with three-point range, Marshall should be getting BCS looks.

Morrison's two way play in the division final helped her team win the title.  She can hit the three, go to the basket while doing her share at the defensive end.  Word in the gym is that this sophomore is already getting BCS offers.

Munford was profiled in April (link: 2015 Roundball Academy Spring Classic showed off prep talent young and old - Swish Appeal ).  Here she was our Swish Appeal Division MVP as she helped her team take first place in its division.  She is a two-way player being a lead guard on offense and physical defender at the other end of the court. 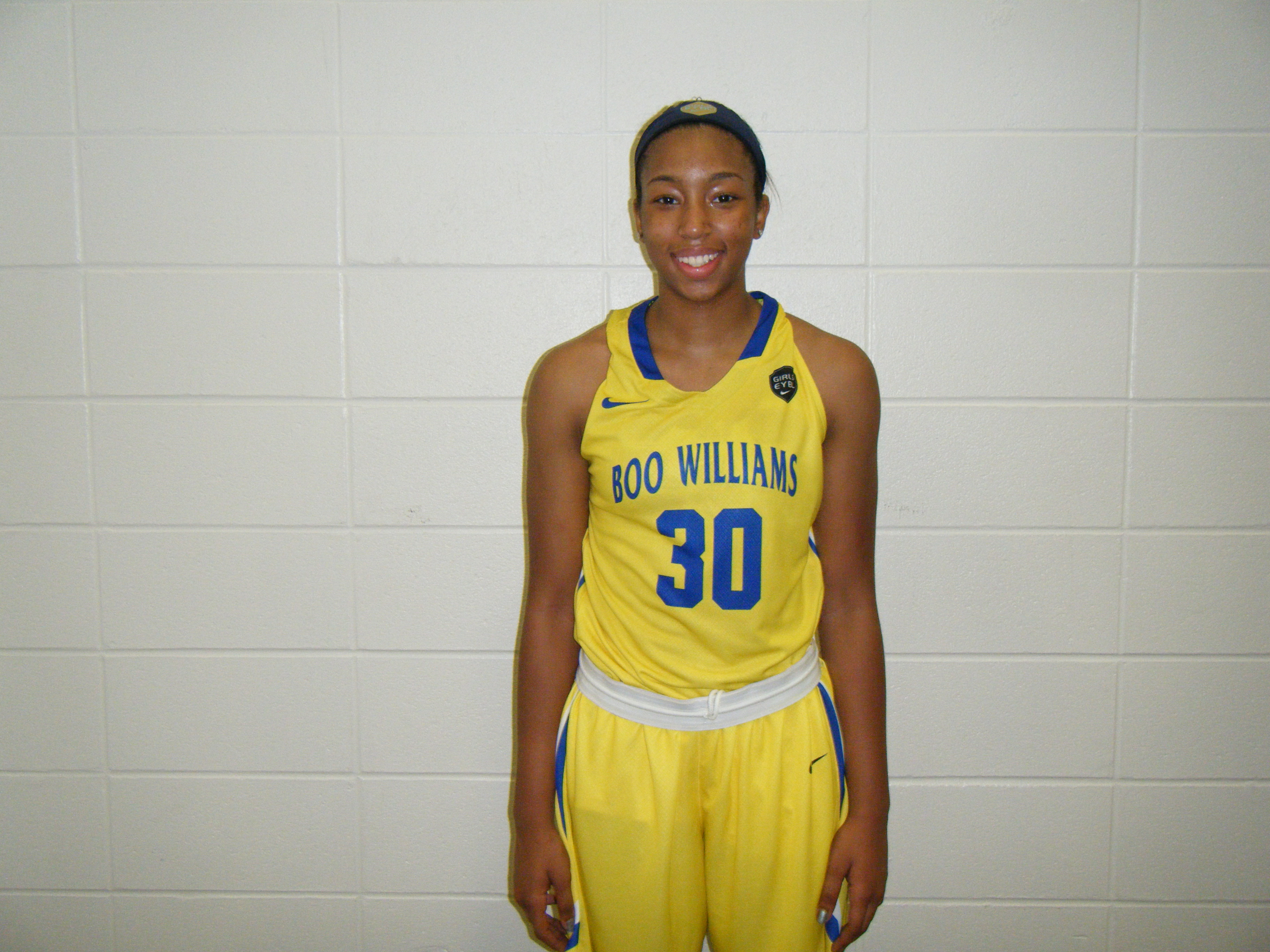 Megan Walker of BWSL 16U (by Bob Corwin)

Walker did not have one of her best shooting weekend's in Montgomery only going 8/32 over three games.  However, her floor play, including helping with ball handling and leading her team in rebounds, showed why she is considered a special (top-five in 2017 class) player being recruited by the top tier programs in the country.

Normally, she is a deadly perimeter shooter inside and outside the arc while playing within the team's system.  For a star player, some would say she is too unselfish at times.

Barber was also profiled at the Roundball Academy Spring Classic in April.  Here she willed her team to a second place finish in its division at times going against older teams.  She repeated made penetrations into the key sometimes scoring, sometimes getting fouled and sometimes getting her shot blocked.

Regardless of the result, she kept coming for more knocks and wore down the opposition.  On top of that, her team struggled to get into any offense without her.

Having seen Battles in high school ball earlier this year, it is easy to say her game is coming along nicely.  She plays both ends with good motor and intelligence.  She can run the point, distribute or score via penetration or shoot a pull-up jumper.  At the other end, she is an active defender.  BCS schools should be monitoring her maturation.

Buchanon's rebounding was another key to this team going 2-1 in Montgomery.  She has "magnetic" hands and respectable touch around the basket.  She needs to improve her conditioning as well as her outlet passes.  Big, strong bodies are in demand throughout division one so a lot of schools should be eying this big girl's maturation. 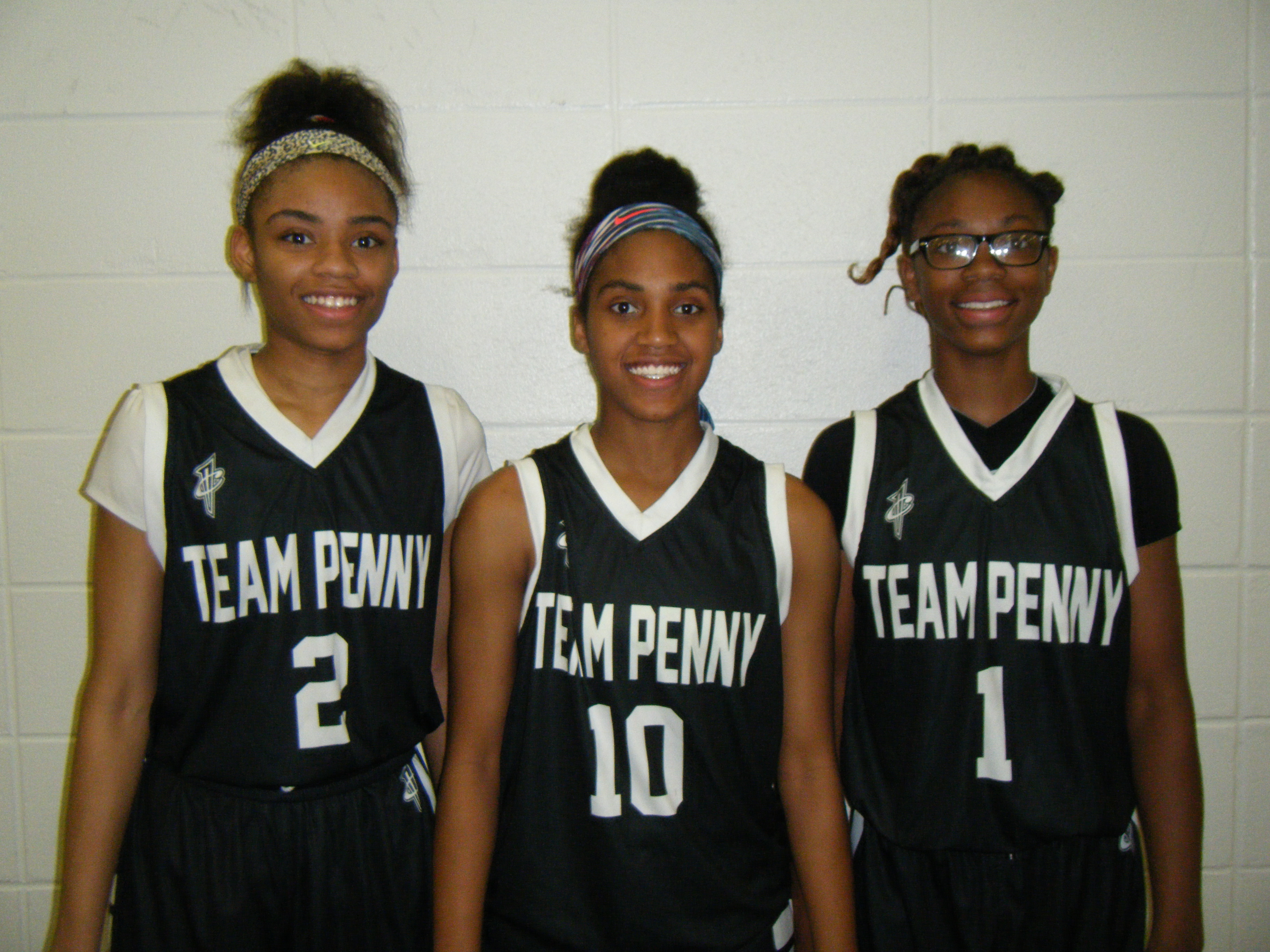 Carson is one of three freshmen guards on her club team being profiled here (also see photo).  She's a glider (light on feet) who knows how to get into the lane either shooting a short jumper or getting to the rim.  She's most dangerous getting out on the fast break.  Hopefully, she will fill out a bit to lessen the blows on contact.

Carter does not play for a major "brand name" club team and she plays ball outside Metro Atlanta.  To some that may be enough of a reason to ignore this player as a major division one prospect.

Of lean build, Carter runs well, is above average athletically and has good hands to catch and finish.  She needs to improve her skills posting up as she would rather just face-up to shoot in the key.  Yes, she is far from polished but is definitely a major division one prospect.

Cournoyer goes left so well, one might not realize she is right-handed until she shoots the ball.  She is very well skilled, able to hit the three or mid-range shot.  She can go to the rim but thinks distribution first generally making good decisions.  If you research her name, you will find that she comes from a well known family of athletes in her part of the state.  How high she goes on the division one recruiting board may depend on how she fills out.  Schools from BCS level down should be monitoring her progress.

That Howard is the only freshman on a strong sophomore team should tell you a lot.  She is strong in body and thus can go inside but has perimeter stroke to be a threat there as well.

Lett is an athletic wing who can get out on the break.  In the quarter court, she looks to attack the basket or take a pull-up jumper.  A division one prospect, she probably needs to work on adding shooting range.

Shutes is a drive oriented guard who will go to the rim but is willing to pass off along the way.  She also has a nice spin move and is a three-point threat be it not her primary scoring option.

At the event, Vaught showed fine handles with the ability to change direction in traffic. Above average athletically, she made good on court decisions in the course of action.  On top of all this, she showed a decent stroke at mid-range.

A good athlete, Washington is an all-purpose guard.  She can handle, distribute or attack.  Her 3-ball must be respected.  On penetration, she needs to develop a pull-up jumper as she took quite a few floaters (a difficult shot like aiming at a moving target).  Hopefully, she will fill out a bit and then we may better know how high up the division one recruiting charts that Washington will be slotted.

Williams showed the ability to work her way into the key using her strong build to buffer contact.  More often, she shot from the perimeter hitting multiple three's in one viewing.  BCS schools should be monitoring her progress.

Wilson has been a steady performer for her team this spring.  She has decent handles and respectable mid-range perimeter stroke.  She could yet fill out a bit and after such one might be better able to determine her stock with division one college recruiters.