Share All sharing options for: Stars old and new shine at the 2015 Midwest Showdown (part one)

The 2015 Midwest Showdown, as it has in the past, brought major league prep talent to the Greater Cincinnati, Ohio,  area for the May 23-25 Memorial Day weekend.   The 134-team event was divided into divisions ranging from 8th grade and under to rising seniors.

About 35 NCAA Division 2 and NAIA schools, primarily from the Midwest, were present to evaluate talent.  Although NCAA Division 1 schools were not able to attend, several games were streamed online (thus able to be viewed) plus numerous regional and national scouting services had evaluators present to survey the vast array of talent.

The event hosted by the All Ohio club was held at three venues in Mason (main site) and Cincinnati.  With limited viewing time and so much to see, Swish Appeal decided to focus on the Elite (top division of rising senior and younger players) Division and the 8th Grade Division.

Both were loaded with talent as was the word in the gym prior to the event. In part one, our attention is placed on the Elite Division. In part two, the 8th Grade Division will be discussed.

The Elite Division gave non-Nike League teams the now all too rare opportunity to play against  Nike EYBL (Elite Youth Basketball League) teams in attendance.  With the inception of the girls EYBL last year, the 32 teams primarily play against themselves.

Here observers could see how the non-Nike teams fared on the court, not just in theory, versus one of six EYBL squads.  The Nike teams went undefeated in each of the six pools which one of them was in.  Only the WPA Bruins - Cash (out of western Pennsylvania) spoiled an all-Nike semi-final defeating Michigan Crossover EYBL 47-40.

Picking up the action in the Platinum Bracket semi-finals...

This was a very quiet first half with the host All Ohio Black up 21-19 at the break.  The second half saw Midwest's post players come alive along with several fast break opportunities, slowly opening up a lead with the final margin at 10.  Sidney Cooks (see below) led a balanced Midwest attack with 10 points. All Ohio Black was led by Amani Burke (5-8, guard, 2016) with 12 points.

This contest was pretty one-sided as Premier over-matched the Bruins in talent.   The score was 35-24 at half and after that matters only got worse for the Bruins.  Crystal Dangerfield (see below) led all scorers with 13 points.  Premier's Erin Boley (see below) and Natalie Myers (5-11, guard/forward, 2016) of the Bruins finished with 10 points each.

This contest between two Nike League clubs was dripping with division one talent of mid-major and BCS levels.  For much of the first half, both teams struggled to score as fatigue (fifth game of weekend for both teams) seemed to be in charge.  Midwest was ahead for much of the half but was up only 26-25 at the break.  Erin Boley, only double digit scorer in the half, was keeping a weary Kentucky team alive with 12 points.

Midwest pulled ahead 34-26 with just over 12 minutes left in the game.  Then the combination of scoring by Crystal Dangerfield (12 points in the half/ 13 total) and Boley (11 more points for a total 23) along with strong rebounding by Iliyah Green (6-2, center, 2016) proved too much for Illinois-based club.

The game was tied at 36 with about 10 minutes left.  After that the Premier lead swung mostly between five and seven points.  Sidney Cooks (see below) led Midwest Elite with 10 points.  Bottom line was Kentucky had the two best players in the game. 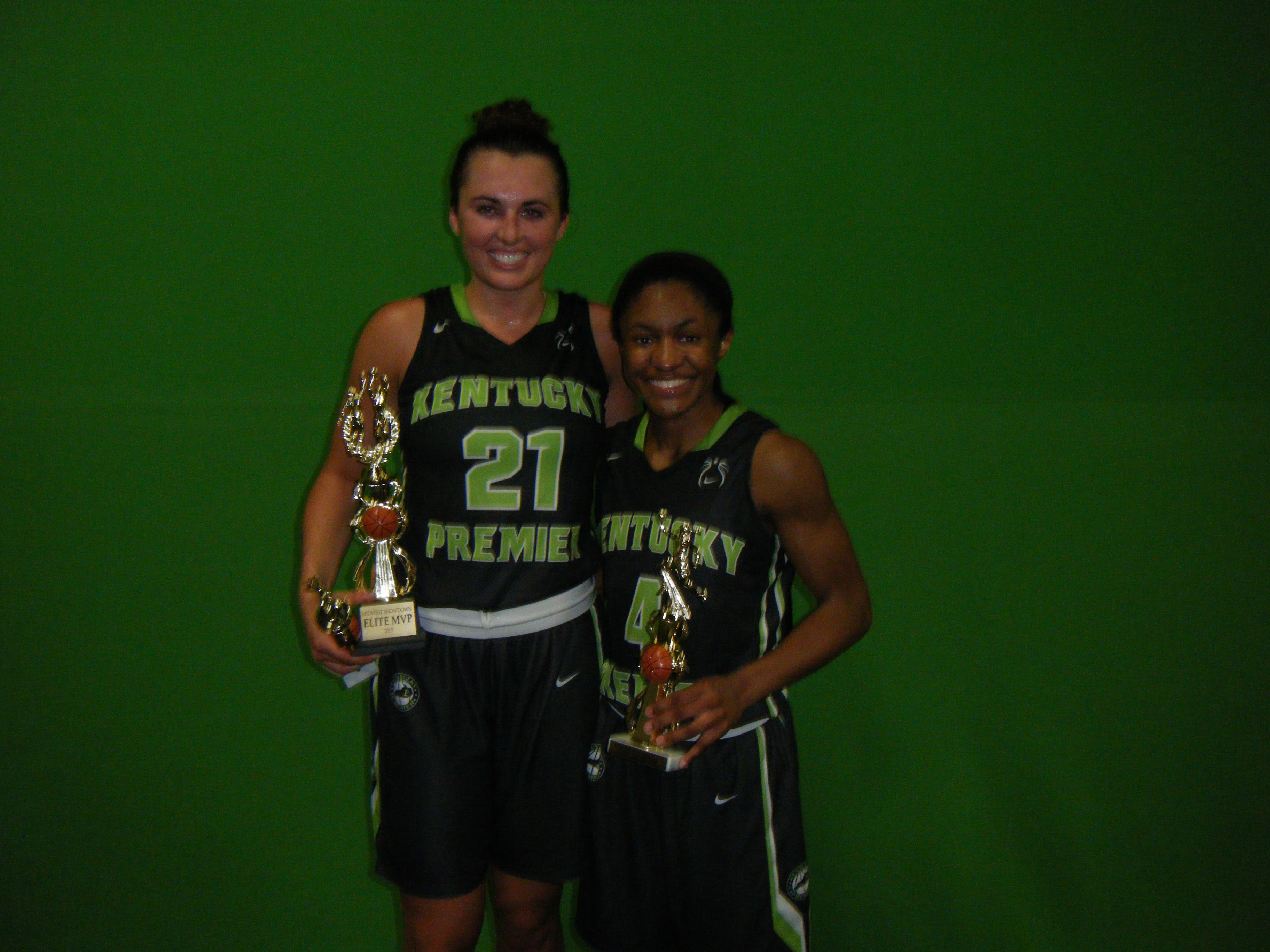 Boley put on a show in scoring 23 points in the Elite Division final.  She hit perimeter (including the three) shots and post-ups.  On top of that she hit the boards hard.  For her efforts Boley was named finals' game MVP and along with Crystal Dangerfield (see below) our division co-MVP.  A lead candidate in 2016 for Kentucky's Miss Basketball, Erin has made an oral commitment to Notre Dame.

Charles is high motor player with a thirst for rebounding. At the event her scoring was mid-key and in. The word in the gym was that she can hit perimeter shots, just not shown when viewed here. Recently she made oral commitment to Maryland, close to where she lives in the state.

One thing you quickly notice about Mardrekia, orally committed to Michigan State, is that she is strongly built. She hits the boards hard at both ends and has a nice mid-range stroke along the baseline.  In the quarterfinal loss to the WPA Bruins, she led all scorers with 22 points. 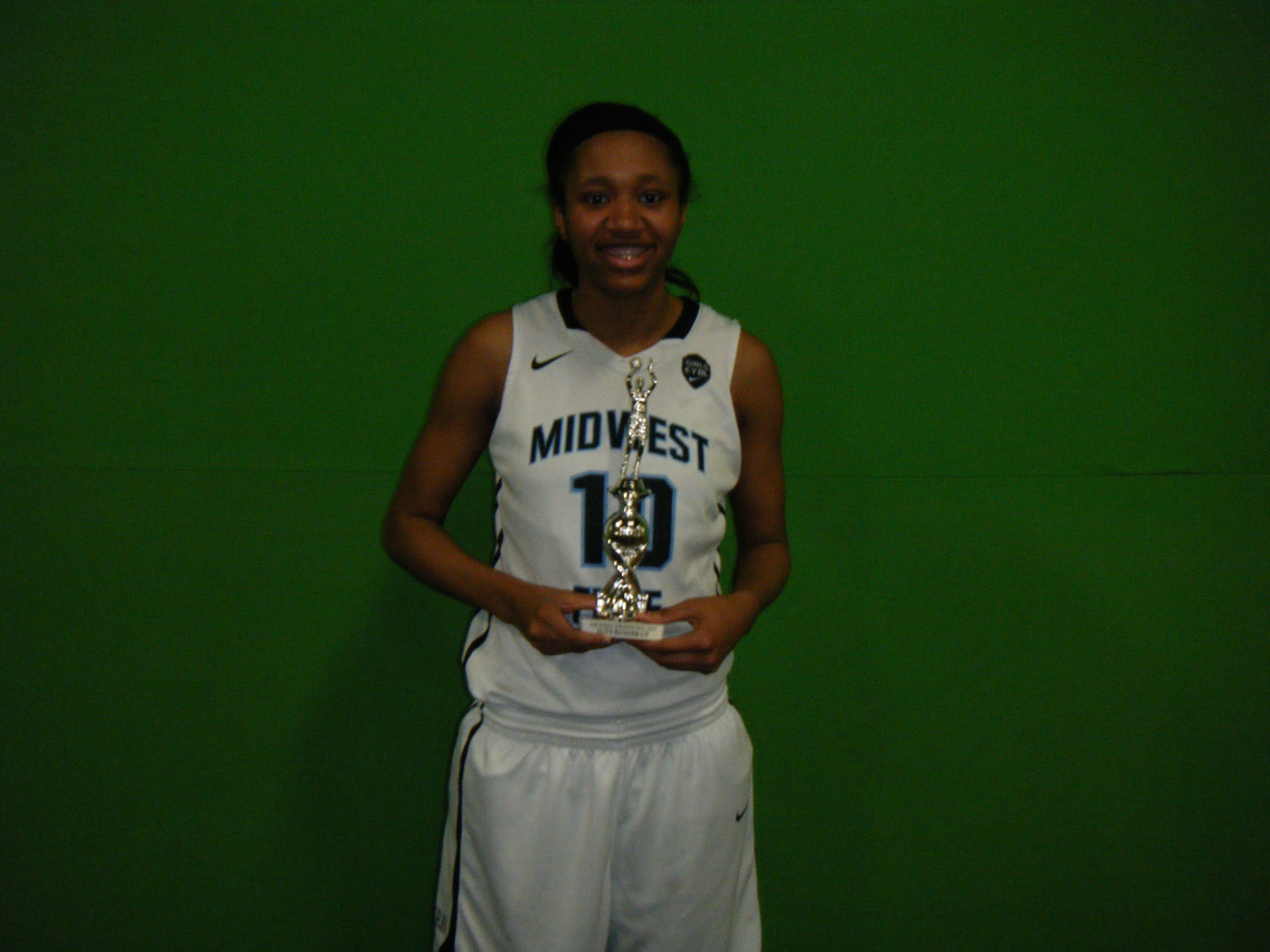 Cooks was one of those players who seemed to improve during the event, getting accustomed to the faster pace and more physical play of club basketball.. After the event (first year in the club's program), she admitted to never having played in such physical, fast moving games in an organized event.  She has the ability to post up down low but also play up at the high post.  High major BCS schools are already lining up to recruit this prospect.

Dangerfield has been featured previously on Swish Appeal.  Orally committed to Connecticut, she is one of the top point guard prospects in the 2016 class thanks to her combination of speed, quickness. ball handling ability, penetration ability, court vision and game understanding.  Here she combined with Erin Boley in leading Premier to a 5-0 record at the event and was thus named our co-MVP for the Elite Division.

In the quarterfinal loss (55-53) to Kentucky Premier, Evans played Crystal Dangerfield to about a dead heat using her ability to penetrate the key to wreak havoc on the opposition.  Similar to Dangerfield, Evans, considered by many the top prospect in Indiana's 2017 class,  needs to work on building consistent shooting range.

Gribble, orally committed to Pitt, is a tall perimeter player with both driving and perimeter shooting ability out to beyond the arc. She understands how to play within the system, something WPA Bruins teams have been successful at doing for years.

Hooks was one of a score of division one college prospects on All Ohio Black.  What is so unique about her game is her consistent penetrating going right yet being left-handed.  One must also respect her perimeter shooting.

McCutcheon, orally committed to Michigan State, is a little guard with a big heart.  She is a good ball handler and spot up three-point shooter.  Surprisingly, she is more than willing to take her shorter body penetrating into the land of the giants.

McMahon poses a size match-up on the perimeter for most opponents.  She is big enough to shoot over most guards and strong/physical enough to venture inside on occasion.  During the event she was a consistent, workman-like contributor to her team's second place finish.  For college, she has orally committed to DePaul. 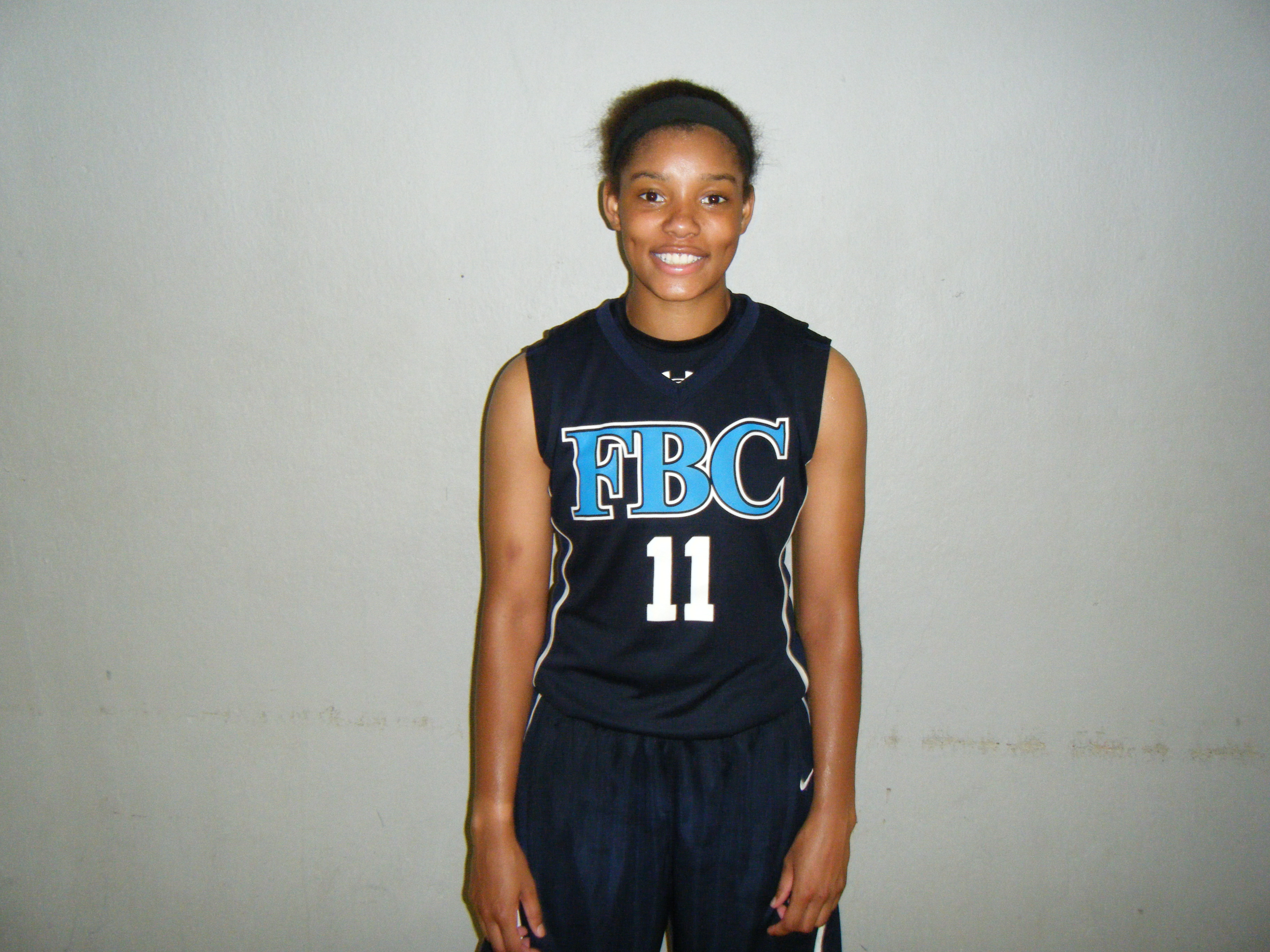 Oden hit six threes (22 points total) in a losing effort in the Elite-Gold (second place teams from pool) Bracket final loss (42-38) to the South Carolina 76ers while leading all scorers in the game.  A good athlete and a very strong student, she has chosen Purdue over a large number of Ivy League offers.