Since the 1980's, spring in the Tidewater region of Virginia has meant the return of the annual Boo Williams Nike Invitational Tournament.  From April 24 to April 26, 230 teams gathered in Hampton, Virginia, for this year's event.  As a national level tournament, around 300 colleges of mostly the division one level attended.

Below is our Swish Appeal report on the prestigious Darrin Donahoo Division, which consisted of 32 (mostly Nike-affiliated) 15 and under (current high school sophomores and younger) teams.  This year, Philadelphia Comets - Genther won the event defeating North Tartan (out of Minnesota) 10th EYBL.  But first...

Some positive changes at the Boo

For the first time in its history, the event was consolidated into two sites, to rave reviews from both college coaches and club coaches.  The Hampton Roads Convention Center housed 12 portable courts (see this photo and this photo of the Sport Court layout) and the Boo Williams Sportsplex its traditional eight, giving the event 230 teams playing under just two roofs.

The college coaches find that the consolidated approach, allows them to use their time more efficiently -- not having to chase from high school gym to high school gym as in the past -- and the club coaches beamed at having lots of recruiters at their games, whether at the Sportsplex (as was always the case), but also at the Convention Center (where observers could quickly move from court to court).  There were also shuttle buses available to go between the two facilities, thus if one chooses avoiding the nightmare of parking at overcapacity Sportsplex parking area.

As I was involved almost exclusively with this division, unfortunately, other aspects of the event will not be reported on here.

The theme in this division was a high level of competitive parity.  Most of the BCS level sophomores (2017 class) and many elite freshman (2018 class) were brought up by their respective Nike clubs to play in the EYBL (Nike Elite Youth Basketball League).

The result was less megastar power in the division but lots of competitive play with some of the best college prospects being eighth (2019) and ninth (2018) grade players.  A question the Nike clubs in conjunction with Nike management needs to discuss is whether it is better to bring up the young players to the EYBL or leave them in the younger division to get more time and perhaps star.

Picking up the action in the division final...

North Tartan, based out of Minnesota, was overall slightly taller overall and probably had more players likely to be recruited at the BCS level.  They liked to pressure the ball handlers, doubling/trapping in the half court.  The Comets, based out of the Philadelphia, Pennsylvania, suburbs, was possibly a bit further along early in the club season as to meshing as a team with both teams being well coached.

The first half saw North Tartan break out early only to see a modest single digit lead evaporate as the half ended 22-20 favoring the Comets led by game high scorer Sami Carangi (see below) with eight point in the half. Mikayla Hayes led North Tartan with six in the half.

In the second half, both teams bombed in the threes (North Tartan six, Comets five). The key difference was the refuse to lose attitude of Comet point guard Hannah Nihill (see below for more) who superbly orchestrated the offense when not making big plays (7 points in the half, 11 for the game).  With about three minutes left in the contest and leading 44-37, the Comets went into a delay.  Both sides seemed to tire with opportunities to narrow or increase the lead missed by the respective sides.  The Comets' Carangi led all scorers with 17 points while North Tartan had five players with six points each.

Looking at the division's all-tournament team...

Players are listed alphabetically with height, position, graduation year and club team with home town in parenthesis.  The criteria for selection was performance at the event in conjunction with success of the team.  Congratulations to all selected!

Going into the event the word in the gym was that Beal was one of the top players in Illinois's 2019 class.  Being the best player on a good team largely of players two grades ahead certainly backs up that argument.  In the Silver Bracket final, Beal scored 15 points including a bucket from just inside the arc that put the game into overtime ultimately defeating Cal Stars 15U Nike Elite 74-68.  Beal is very versatile able to post, hit the mid-range and even step out behind the arc.  Obviously progression is still needed but BCS programs are already lining up.

Brown had the difficult choice of attending this event or participating in the  Drake Relays which is a major track event run by her father back in Iowa.  Talking it over with her parents, she decided to make the trip east.  The word in the gym was that Brown, who has a solid mid-range game combining athleticism, motor and basketball IQ, is one of the top players in Iowa's 2017 class.  She is getting looks from BCS schools in the Midwest.

Carangi was one of several competent shooters on the Comets.  She had the big game in the final hitting four threes and totaling 17 points in the championship game of the division, thus getting the nod for this honor. 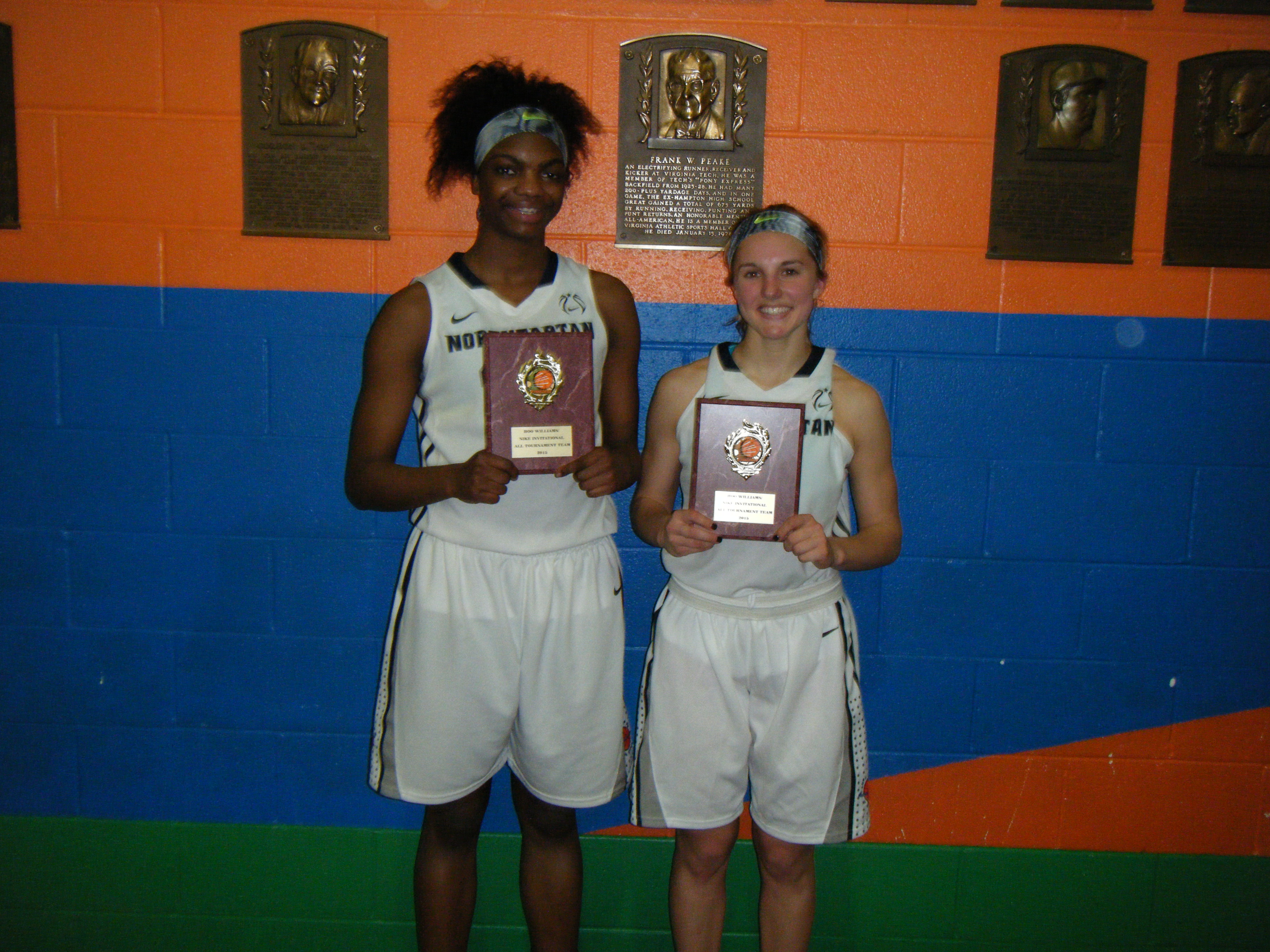 Carda was one of many future division one guards on North Tartan.  Like the others she had a solid perimeter stroke and knows how to play in their system.  What separated her from others was that she usually drew the toughest assignments on defense.

Every team needs someone to hold the middle together for it.  On North Tartan, Hayes was that player defending and rebounding.  Her scoring came mid-key and in.  The word in the gym was that Hayes had grown a couple of inches in the last few years.  Perhaps so as her offensive footwork in the lower key still needs to get better.  Regardless, BCS schools should be eying this above average athlete.

Hemingway was another of those eighth graders (several of whom were the long term top prospects in this division) that had impact here helping her Flight team finish first in its pool.  Hemingway, a fine athlete, runs well and has versatility in her scoring with some attack and some perimeter shooting.  Her consistency in performing earned her the selection.   Hemingway is another obvious BCS prospect down the road.

What Malazarte lacked in height, she made up for with a good motor.  She was a pest as an on ball defender and forced opposing teams not to press as she effectively broke them.  She also showed capability spotting up for threes in helping her team reach the semifinal round of the Gold Bracket before falling to the Philadelphia Comets. 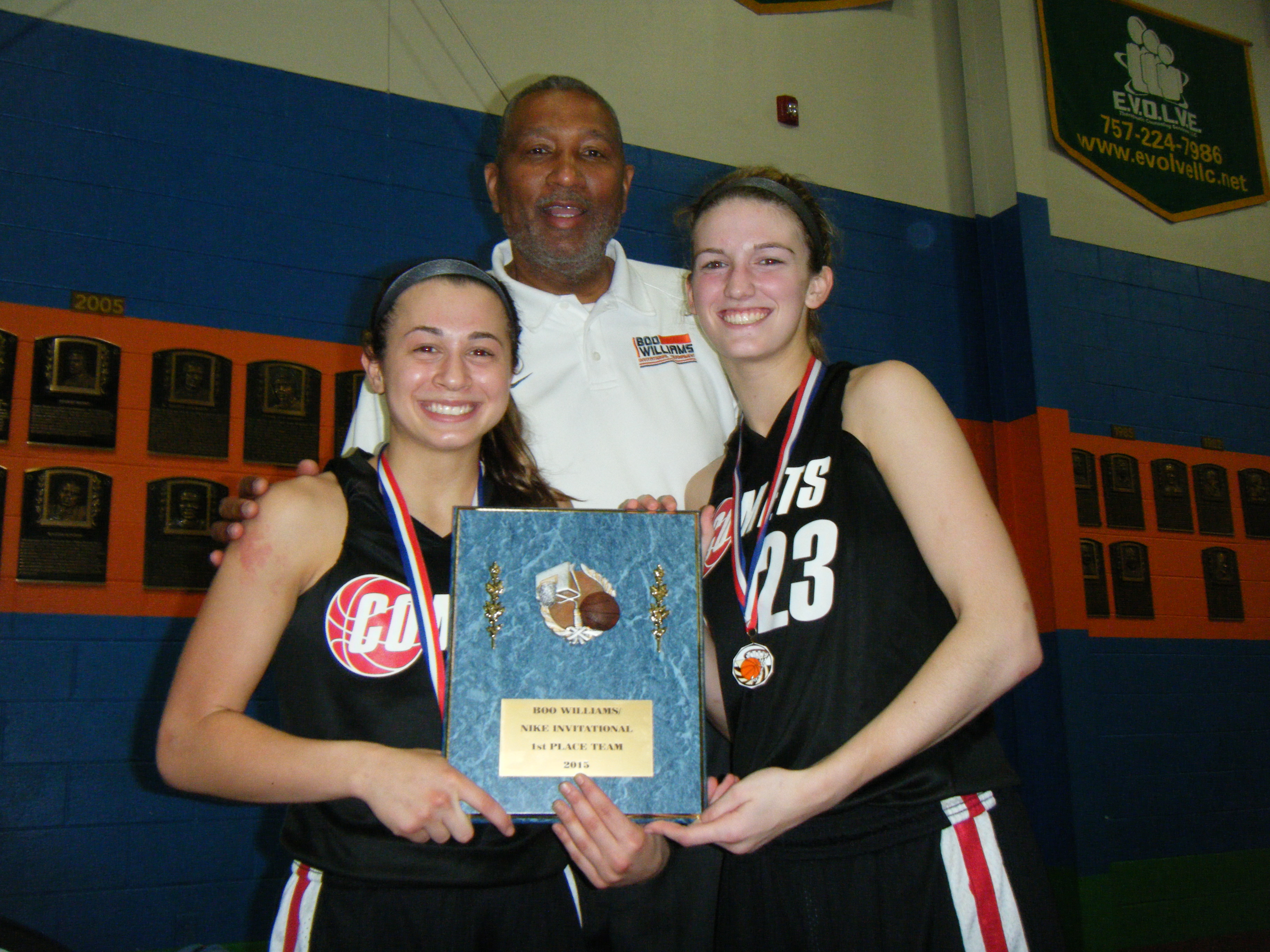 Nihill was the constant surrounding the Comets' perimeter shooters, who took turns having good games while Nihill continued to protect the ball and worked to set them up.  A lefty, she handles well with both hands.  While thinking team (and distribution) first, Nihill can score the ball looking to drive.  In the final she made a couple of big plays in the first half when her team was trailing and down the stretch she orchestrated the delay game to run the clock down.

Steele displays that refuse to lose attitude you want in your lead guard.  She handles well, will drive and can spot up.  Finishing with 11 points in the Silver Bracket 74-68 overtime final loss to Midwest Elite 15U Yates, she nearly succeeded in willing her team to victory with several big drives to the basket.  As a young player, it is still too soon to fully gage her college potential until her body finishes filling out (but some level of division one is likely).

If Tollie has a problem with her game, it might be that she goes too fast.  With a high motor and willingness to be physical in the paint, she sometimes forces the shot rather than letting the play develop. At this event she hit the boards, defended and scored in the lower key helping her team to win its pool. BCS schools should be monitoring this player.