The 2015 Roundball Academy Spring Classic had quality prep talent of all ages in its 35-team field.

While most of the participants were from Georgia, teams from Florida and Alabama were also in the field.  As a warm-up event for the late April spring evaluation period, division one schools were not allowed to attend.  As best as could be determined, no evaluators representing any college were present.  Given what was there, they were missing a lot!

As these events go, teams were locked into pre-set games so one could map out what you wanted to see.  Special thanks to the principal organizers Kimberly Davis-Powell and Kirk Pointer for having rosters available, thus making player identification a lot easier.  I cannot urge strongly enough that coaches of club teams always bring at least a half dozen team rosters with them to any event they are participating in.

Looking at some of the talent present (listed alphabetically within each graduation year class)...

In talking to Diouf, one immediately picks up a French accent in her English.  Hailing from Senegal and speaking five languages (English, French, Spanish and two native to her home country), it is likely she is a quick learner.   Anne runs the court well and is picking up on the American game.  Attending Liberty Christian Prep in Tavares, Florida, she is already attracting BCS interest as colleges view her upside rather than where she is in the process.

When asked to compare ball in the USA and back home Anne saw it this way.   "Ball is more physical in Africa than in the USA.  Fewer fouls are called."

Fingall, of Choctawhatchee High School in Fort Walton Beach, is expected to be one of the lead candidates for Florida's Miss Basketball this coming year.  As post players go, few play with more focus and willingness to take contact in the lower paint.  She also has a nice mid-range face-up stroke.  An excellent student, BCS programs are already lined up for her.

Banks does not play for one of the big name clubs in the Atlanta area.  Instead, she plays on a team with a couple of her Duluth High School (northeast of Atlanta) teammates.  Regardless, her talent is hard to deny.  An athletic lefty, she goes strongly to the basket and has a nice pull-up jumper.  She is also a good passer. She can hit the three but that is not her primary scoring option.  BCS programs need this name on their recruiting boards.

Davis is already a well known BCS prospect from Ribault High School in Jacksonville, Florida.  For a tall player, she handles the ball well.  Being above average athletically, she can take the ball to the rim.  The knock on her last summer was her failure to score in the bigger club games, particularly last year's Nike Nationals.  In this event she had her perimeter stroke humming, something her club team will need as it gets into Nike League action in late April.

Coming from a rowing background in middle school, Marchese has been a well built post player even before high school.  Over her first few years at Archer High School in the Atlanta suburbs, she has developed post moves but needed to speed up her actions.  This seems to be progressing nicely as she regularly caught and quickly finished near the basket in an up tempo setting.  She also seemed to be running the court at greater speed than when previously seen.  Continued progress should lead to a nice list of college offers from BCS down. 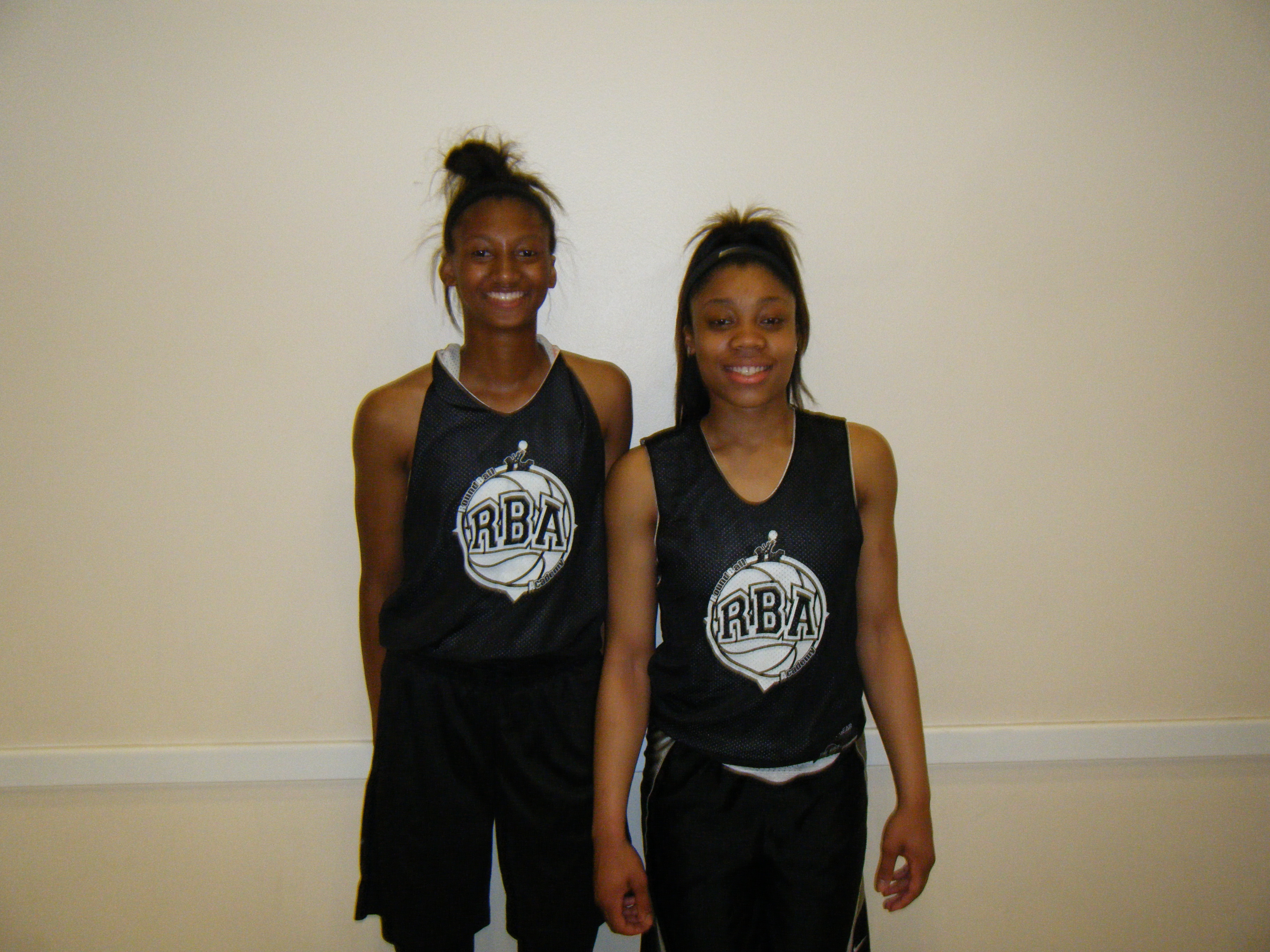 If you are looking for toughness and aggressive play in a guard, look no further than Saadia.  From Jonesboro High School south of Atlanta, Munford is at heart a slashing guard but she can also distribute with good basketball IQ and court vision.  Defensively, she is very active.  Look for BCS  schools to be inquiring about her services.

Wiggins combines athleticism, poise and good basketball IQ.  A slasher and mid-range shooter, she could still add consistency to her 3-point shot.  Look for her to help lead Harrison High School (north of Atlanta) into prominence next high school season. 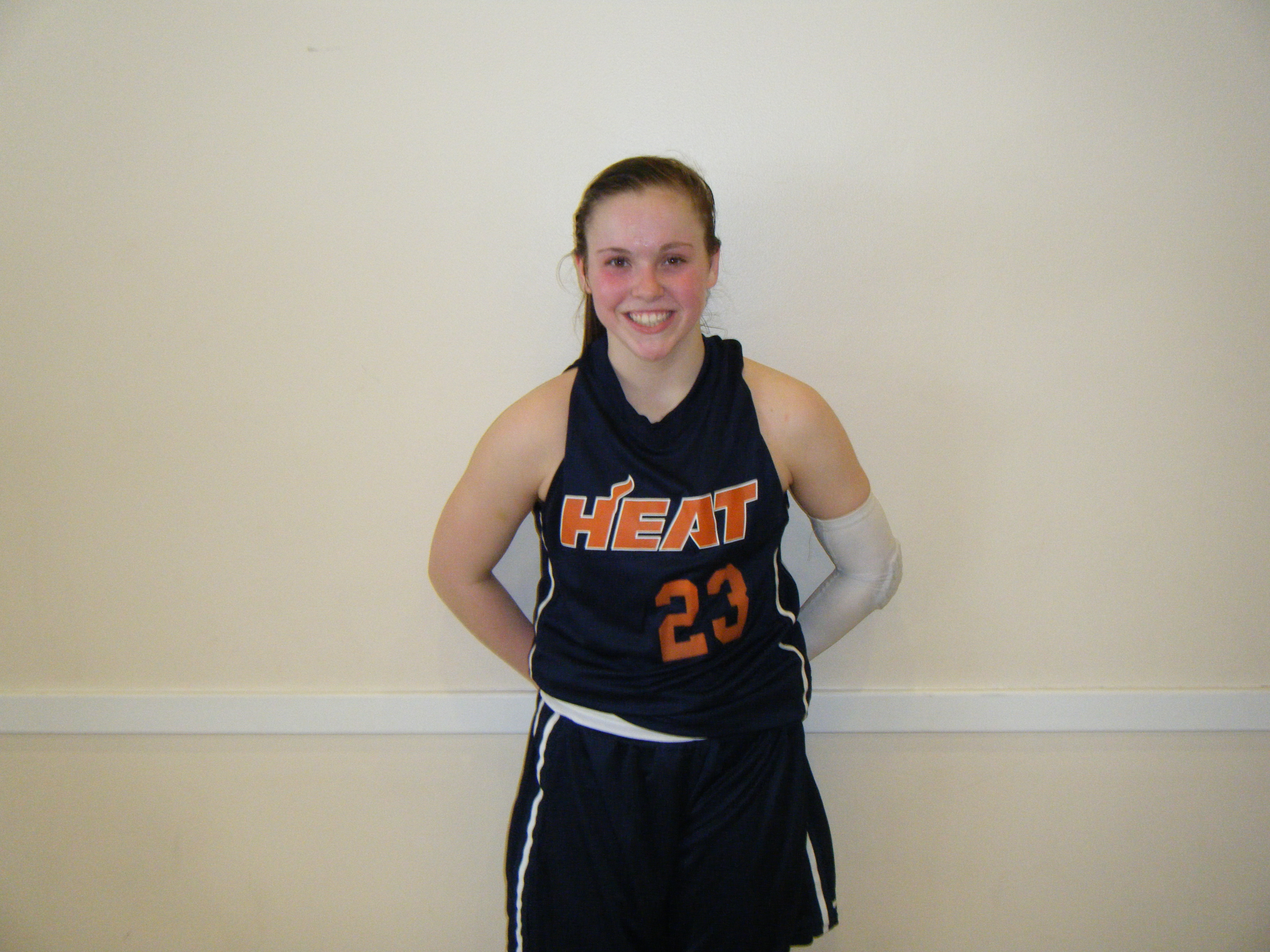 I first saw Barber last November at the Turkey Jamm, a major post-Thanksgiving event in Murfreesboro, Tennessee.  She struck me as a small, modestly skilled field general of a very young team which lost both its games at the event.  Little did I expect her Homewood High School team to return to Alabama and win the 6A (second largest class) state championship with a team relying heavily on several freshmen.  After watching Barber at the event I could appreciate why.  Yes, she is a good leader, can handle, pass and spot up for 3's.  Most surprising to me was her utter fearlessness at attacking the basket, at times a bit too willing to enter the breach.  In checking around, it appears Barber is one of those smaller guards who may overcome her height and down the road play in a major division one league.

Moore, out of Henry County High School south of Atlanta, is point guard size but has a big time scoring mentality.  She can make it rain threes but she can also take the ball to the rim.  Well above average athletically, she is a good on ball defender.  The long term goal is to make her more serviceable as a point guard.  Given her height, that might increase her stock for the next level.  Regardless, her combination of athleticism and ability to shoot mid and long range shots will be difficult for BCS schools to pass on.

Nelson-Ododa, from Winder-Barrow High School not far from Athens, Georgia, has a nice skill set for a young post player.  Besides scoring near the basket, she is developing a drive move along the baseline. She needs to build range but starts with a solid foul shooting form. Olivia also needs to get stronger but her height and skill set have BCS written all over it.

Saxton, from Model High School in northwest Georgia, got good reviews at the event for her play in the paint.  A good athlete, she likes to hit the boards.  She still could improve her range on her mid-range face-up stroke.  Word in the gym was that she is already getting BCS looks. 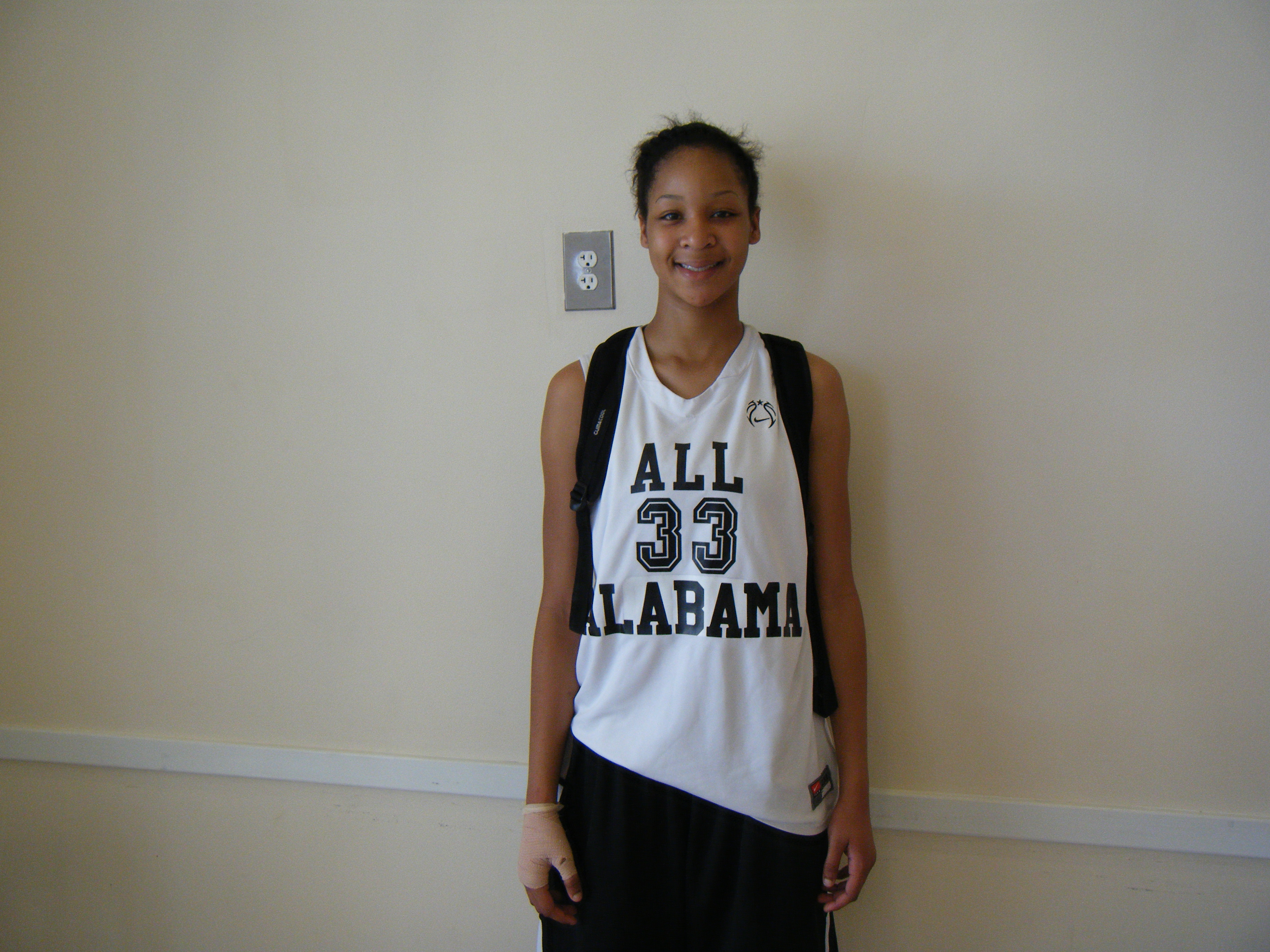 Maori Davenport of All Alabama 8th (by Bob Corwin)

Coming from Troy, Alabama, and being in middle school, I have only seen Davenport on the club circuit from spring to spring.  She is now starting to fill out although she still needs to get stronger.  Quite agile, she has decent handles for her size.  She rebounds well and scores the ball in the lower paint.  Alabama rules (unusual in this) allow their middle school students to play on high school teams (Davenport for Charles Henderson High School in Troy.).   Very advanced as eighth graders go, expect this name to appear high on national lists for the 2019 class.

Isaacs, who attends Moses Middle School in Dallas, Georgia, runs very well.  A lefty, she finishes strongly going left but needs to add some right hand action.  Isaacs also attacks the glass.  With a body more suited to that of a forward than a center, she needs to add a face-up shot.  Given her athleticism and height, BCS schools need to be monitoring her progress in the future.