Nike TOC: Are you clued in on Nation's #1 team?

Share All sharing options for: Nike TOC: Are you clued in on Nation's #1 team?

The annual event was held at four sites in Gilbert, Arizona from December 18-22, 2015.  Approximately 100 colleges (mostly division one heavier to Midwest and western US locations) attended the event.

The Smith Division annually represents the most difficult challenge in girls high school basketball.  Often the winner has to defeat multiple soon-to-be-crowned state champions from various states.  Conversely, it has not been uncommon in the past for a team that did not win a Smith Division game to go home and take a state title.

Picking up the action in the semi-finals...

The battle of NorCal teams proved closer than expected as St. Mary's had blown out its first two opponents by 30 or more.  These schools even though relatively close geographically rarely meet.  Mitty has had success in the past versus the Rams thanks to its understanding of what St. Mary's wants to do (press you in the full court, trap you in the half court and generally speed up the opponent into playing too quickly).

Early on this plan went well as St. Mary's went up 54-36 at half led by its star sophomore   Aquira DeCosta with 15 points.  At the start of the second half, St. Mary's excitable coach Tom Gonsalves implored his team to maintain focus.  However his Rams, while still pushing the tempo, were not making their shots and getting a bit sloppy.

After three-quarters, the lead was 71-56, and the game was essentially played on even term in the fourth quarter.  A meaningless  Mitty three-ball at the buzzer made the score a respectable 13-point difference.  DeCosta finished with a game-high 27 while Mitty was led by Jahnay Anderson (5-3, shooting guard, 2016) with 13 points

Both teams are of an athletic nature, but only Riverdale Baptist has Kaila Charles (more below) who dominated with 32 points for the game.  Nevada is not known for producing high-level girls teams, but Centennial looked legit in this event. Riverdale Baptist led 38-30 at half but never could separate, leading 53-47 after three-quarters.  Centennial was led by Justice Ethridge (see below) with 19 points.

This was not a contest for the faint of heart.  Both teams wanted to press and push tempo.  Unfortunately, to achieve this pace, both teams were reluctantly willing to throw the ball away often.  In fact, the game started with six turnovers!

Still the St. Mary's pressure did more damage to Riverdale Baptist than its own errors did to itself leading 22-15 after a quarter and 40-32 at the half.  The Rams were hampered by shooting only 7/13 from the foul line.  DeCosta and Kat Tudor (6-1, guard/forward, 2016) led with 11 points each for St. Mary's while Charles led with nine for Riverdale.

For Riverdale, the second half was a "could have, should have" affair dogged by poor execution of simple plays as they rushed and missed simple shots thinking a defender was present even if not.  With just over four minutes left in the game, St. Mary's seemed in control.

However a common foul and technical foul on the Rams' Sierra Smith (5-6, point guard, 2017) gave Riverdale Baptist's Teyjah Oliver (5-6, shooting guard, 2016) five three throws converting three and backed those point up with a three-pointer.  Suddenly the lead was just 62-59 with just over four minutes left.  But the girls from the Metro DC area could never get closer than one (62-61) in the last three minutes.

Both teams deserve much credit here as St. Mary's did not melt down although never having the prior experience of a close finish this year.  On the flip side, Riverdale Baptist fought to the very end playing through their own errors.  The contest was truly a worthy #1 versus #2 final.

St. Mary's Aquira DeCosta (division MVP) led all scorers with 22 points.   Teyjah Oliver led Riverdale with 18 points followed by Kaila Charles with 17.  This marked St. Mary's first Nike Tournament of Champions top section title having been a regular in the event for years.

Below are the Joe Smith Division All-Tournament Team selections in alphabetical order (with listed height, position, graduation year and school plus school location in parenthesis).

Boehm's team did not fare well (1-3) at the event, but she impressed with her play around the basket and double-digit scoring average.  Harvard-bound deciding to turn down Power Five offers; Boehm can finish at the rim with either hand with polished moves.

Headed to Nebraska, Cayton is certainly a gamer.  Suffering a stomach ailment during the event, she literally threw up on the court during the fourth quarter of the final.  Possessing a high motor, she attacks the basket as her primary offensive move.  In the final, she scored 14 points making several critical plays in the fourth quarter while obviously suffering physical duress.

One could argue Charles, a Maryland signee, was the best individual player in the event.  Her motor never stops running on a high setting, and she was pretty consistent in leading her team to second place.  For more on Charles, see link to recent story: 6'10" Felicia Aiyeotan, top players showout at She Got Game 2015 - Swish Appeal 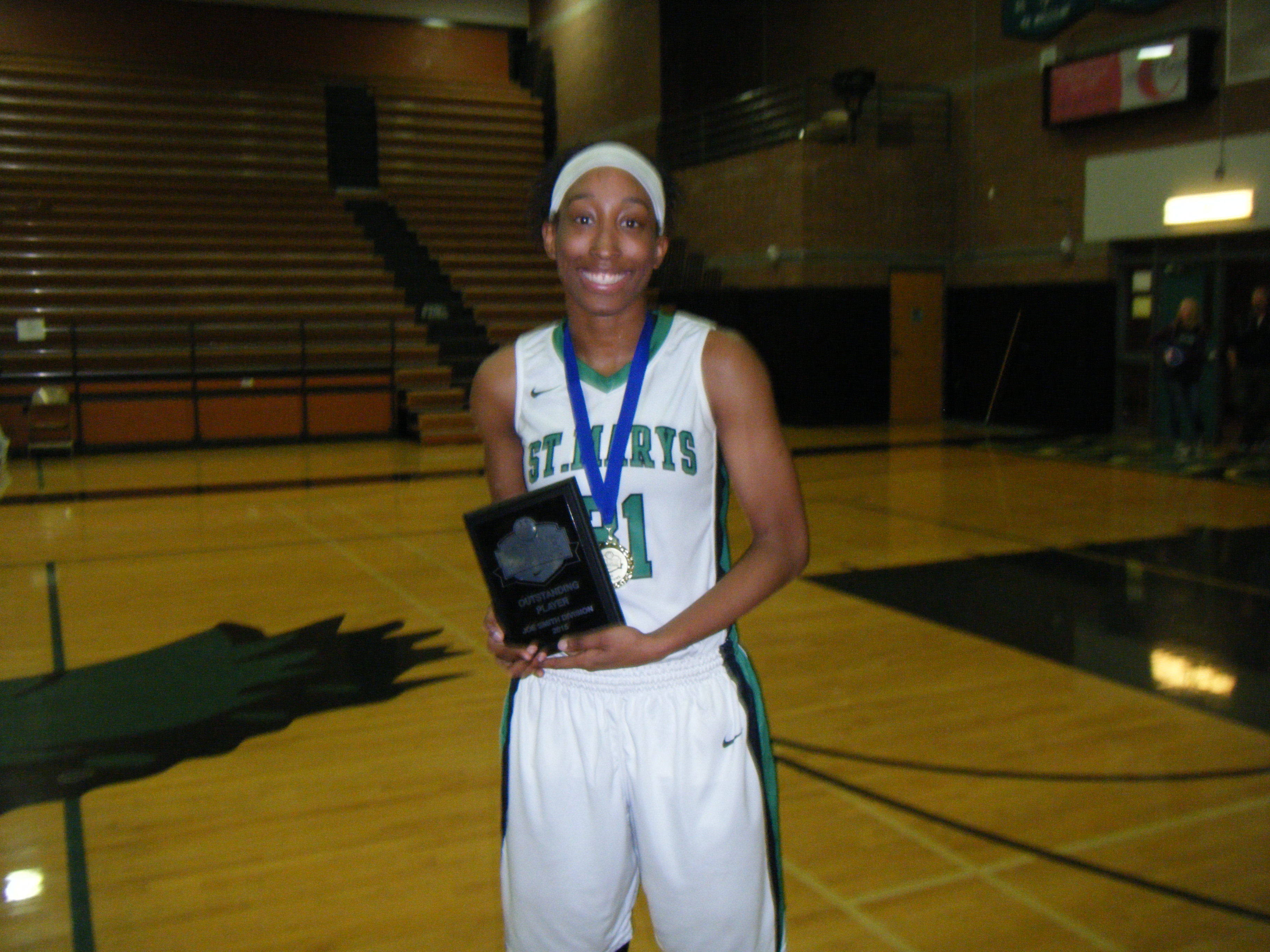 DeCosta led her team in scoring in the semi-final (27) and final (22).  Besides that, she showed a high work rate battling in the key for rebounds. A fine athlete who still has more room for improvement (broadening range), DeCosta is considered to be one of the very top prospects in the 2018 class.  For her efforts at the event, she was named the Smith Division MVP. 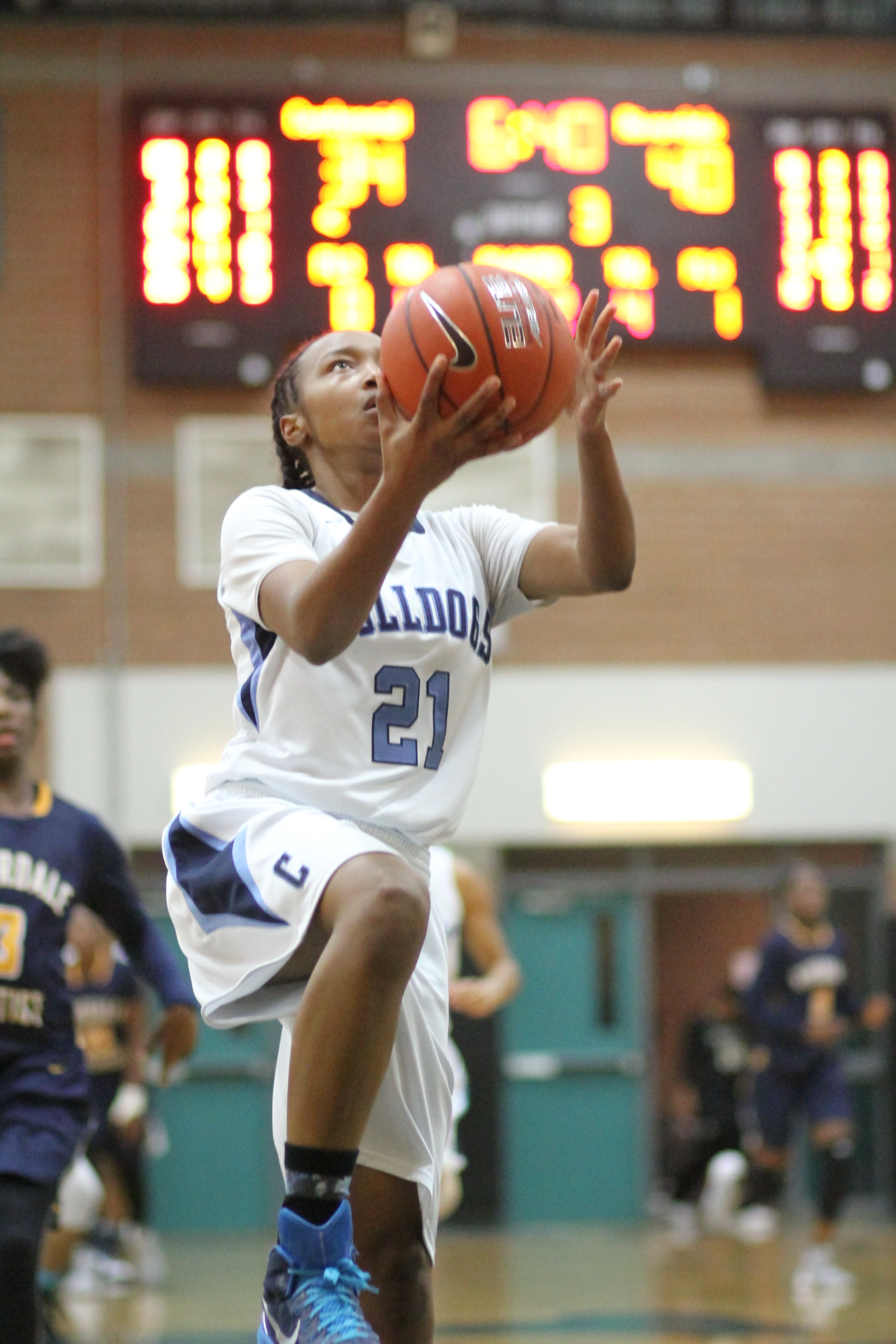 Ethridge is an above average athlete with a good stroke to beyond the arc.  She led her team in scoring in several games knocking down several threes as it finished third.  Power Five schools are likely coming up.

Higgins, a Southern Cal signee, can play all over the court thanks to her combination of size, range, and ball handling skill.  When an injury left her team short-handed, she had to step up her game in helping her team to a 2-2 record.  In her last game, she posted 32 points, 12 rebounds, 11 steals and 7 assists.  Enough said!

Holland will not blow you away with any one thing she does.  Some of which (like a key deflection) will never show up in the box score.  Mitty is a young team without a superstar but still with many future college players who buy into a team-first system.  In the third place game lost (75-66) to Centennial, Holland led her team with 19 points.

Miller is a versatile guard handling well enough to play the point but scoring well enough to slide over to the shooting guard role.  Playing three nationally ranked teams in the four games in Arizona, she helped Poly to finish sixth with a 2-2 record.

Pulliam continued the consistent play last seen in northern Virginia (link: What everybody ought to know about Paul VI -- they're legit - Swish Appeal ).  Her efforts here helped her team to a 3-1 record and fifth place finish.

Rosenblum is Mater Dei's girl in the middle, scoring generally mid-key and in.  The UCLA signee posted 33 points in her squad's 65-60 consolation bracket final victory over Fort Lauderdale (FL) Dillard, thus finishing with a 3-1 record.

Smith, a Georgetown signee, plays in and out of the paint. However, most of her scoring was in or just beyond the key. She posted 13 and 10 points respectively in the semi-final and final.