In reading about two Texas early season high school tournaments, Swish Appeal readers can get a chance to learn about some of the top high school players in the country. Several of those discussed may go on to stardom at the next level.

The 2016 class in Texas is loaded with prep stars, and quite a few were on display at the 13th Annual McDonald's Texas Invitational held at multiple sites in Deer Park and Pasadena, Texas, and 15th Annual Allen Lady Eagle Hoopfest held at Allen High School in Allen, Texas.

The 2017 and 2018 prospects mentioned below are also of the Power Five variety.  The events were about 300 miles apart requiring a late night drive from Deer Park to Allen on November 19.  Both events concluded on November 21.

The Texas Invitational had 32 teams divided into two 16-team divisions based on anticipated strength of team.  The organizers smartly placed the top section teams at the two gyms of Deer Park High School making it relatively easy to see all these teams in one day.

Allen had all teams in one giant 38-team bracket.  By day two, the ten quarter-finalists (best way to explain this imbalanced bracket) all played in Allen's main gym.  With one other gym in the building, there was little need to move to other playing sites.

Both events had large turnouts (around 50 in Allen) of college coaches mostly from the Southwest and Midwest.  A few high major programs from further east and west showed up to see some of the younger marquee talents on display at these events.

Duncanville High School dominated in Deer Park with no final margin closer than the above.  This one was over early as the Pantherettes led 19-4 after one-quarter and 41-16 at half.  Ciera Johnson (see below) led her team to victory with a 23 point/12 rebound performance.

Undefeated Duncanville, which appears to be the best team in Texas based on the early going, is highly talented with at least four division one players including two of the Power Five variety.

Plano West High School was considered a favorite coming into the final but knew it had to keep its guard up as Liberty Christian had just knocked (56-42) a strong South Grand Prairie (which had recently beaten Plano West) from the ranks of the undefeated that morning.

The difference in the final was Plano West's ability to force Liberty Christian to play at a faster pace than its offense is comfortable operating at.  Trailing 37-24 at half, Liberty Christian cut the lead to five in the fourth quarter before being pushed away.

Looking at some of the individual talent in alphabetical order with height, position and school within graduation year.  Location of school  is in parenthesis.  Players seen at the McDonald's Texas Invitational are denoted with a (*) preceding the name.

Chou (#24 in team photo above), plays all over the court.  At times, she will initiate the offense like a point guard and then release to post up on the block.  During some possessions, the Baylor signee plays a more traditional role of wing player looking for open catch and shoot opportunities.

Light on her feet, she can go to the basket or look to dish off along the way.  In the Allen final, she led her team with 24 points showing excellent leadership at no extra charge!  Not surprisingly, she was selected MVP of the event in Allen. 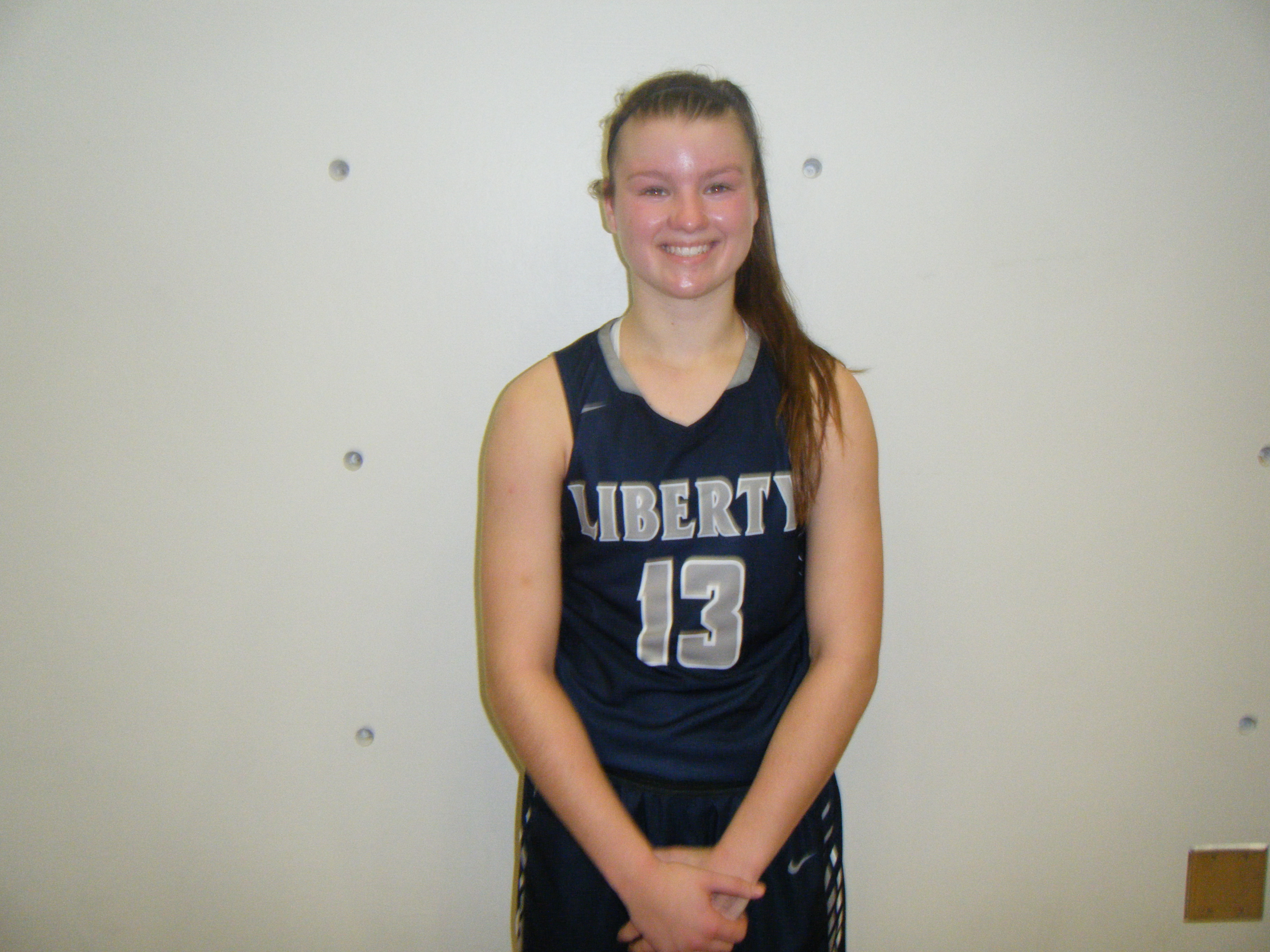 Goodson is a field general with good basketball IQ, mid-range jumper, and 3-point range.  She runs the fast break well and takes shots as the flow of the game dictates.  In the final loss versus Plano West, the Arizona State signee led her team with 19 points.

If one looks at Joyner's strong build, you are not sure if she is going off next year to play in college or the WNBA.  Think woman playing against girls!  She plays all over the court but does most of her scoring attacking the basket or taking a mid-range shot.

The Texas signee averaged 21.7 points per game over six contests in Allen.  After losing game one in Allen, she led Cedar Hill to five victories to take the consolation bracket title.  Holmes is one of a couple of true National High School Player of the Year candidates in the 2016 class.

Johnson has developed a good work rate with scoring primarily around the basket.  She knows how to use her strong build to post up her defender.  The Louisville signee earned MVP honors for her performance at the McDonald's Texas Invitational.

Mulkey can be a shot blocking machine with five in one outing at Deer Park.  Her offense is quite varied as she can post up or face up out to the foul line.  For her size, she runs the court well, and she has added some bulk (could still add a bit more) to her frame to avoid being beat up.  For the next level, hopefully, the Oklahoma signee will avoid injuries which have at times been a problem in high school.  It's not easy being 6-9! 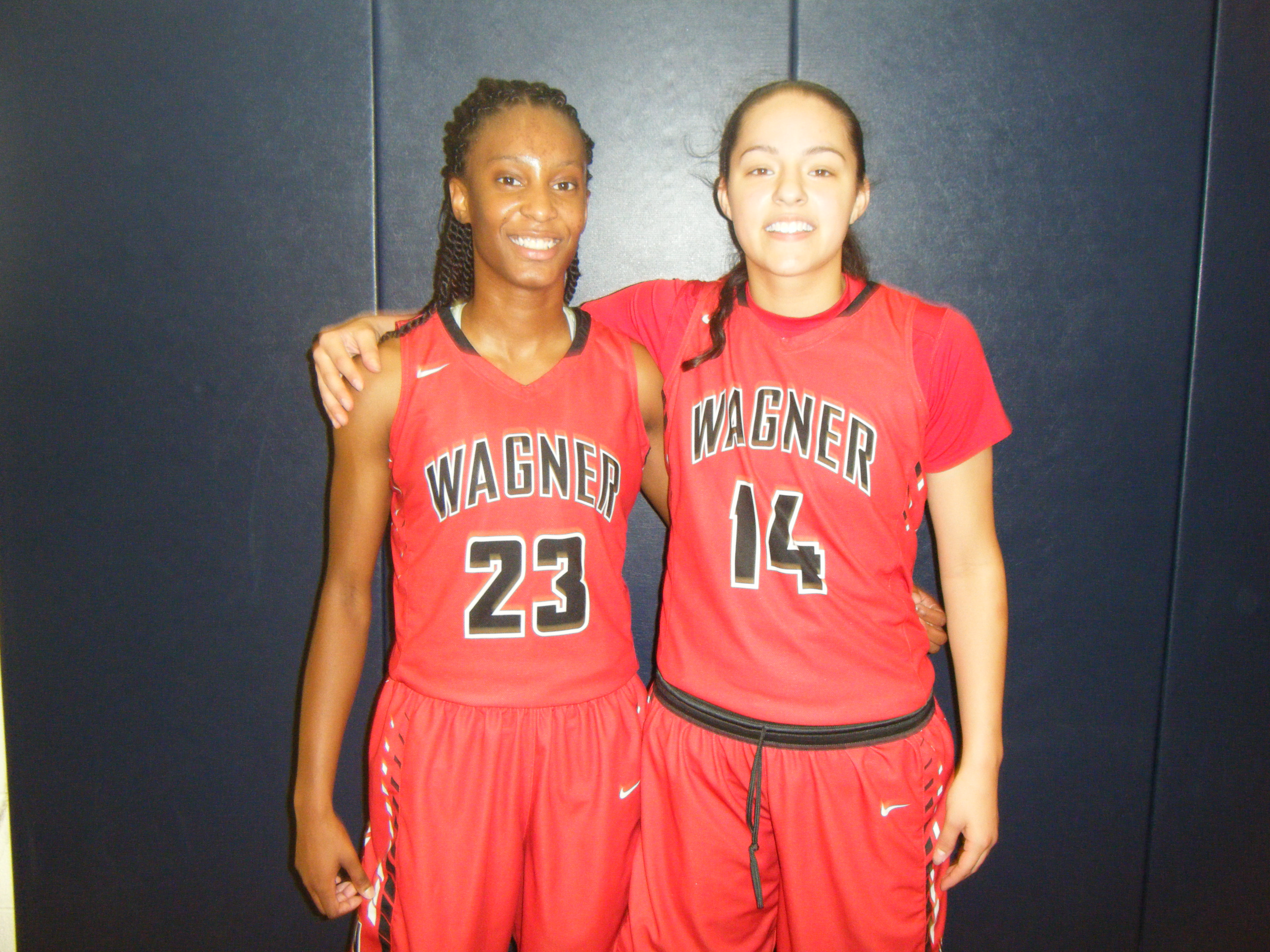 Ramirez, a TCU signee, is your high school scoring machine fully capable of putting up 30 points in a game. She hunts shots of all kinds (threes, pull-ups, drives) with a passion.  Her efforts helped lead her team to a fifth-place finish at the Allen Event.

Patterson is a lead guard who likes to push tempo.  She drives well and will not hesitate to dish off to open teammates along the way. Her outside shot was on with 25 points in final versus Duncanville, but at other times off at the event in Deer Park.  One of the top point guards in the 2017 class, look for Chasity to play for a Power Five program at the next level.

Richards can finish at the rim with contact but also has an ability to pull up for the mid-range jumper.  She still needs to become more consistent with her three-point shooting.  At one point committed to Texas, she is currently on the market recruiting wise.

With a long, lean build and decent motor, Wells plays all over the court.  She attacks the basket well going to the rim but also hitting floaters.  She has three-point range, but it needs to become more consistent.  For the next level, she has several Power 5 offers outside of the very top programs.

Williams made the USA U16 team this past spring.  At times in Allen, she looked the part, while at other times she looked passive needing to play harder and show more toughness. With medium-solid build and wide shoulders, she can finish in style with either hand around the basket.  In her team's 57-54 loss to Wagner High School, she scored 19 points but missed five foul shots in the fourth quarter,

Williams was yet another elite point guard on display this weekend in Texas.  She combines good basketball IQ with above average athleticism. Offensively, she showed a lot of offensive elements driving to the rim, hitting floaters better than most do and shooting the mid-range jumper stepping to her left to get better balance.

Along with teammate Amber Ramirez, she may make up the best current high school backcourt in the USA.  She showed an ability to hit the three, but that is not her first option.  For college, her current top five include Baylor, Kansas, Ohio State, Purdue, and Stanford.

Charli, her real name, is considered one of the very top prospects in the 2018 class.  Being right-handed, she has a fine left-hand finish around the rim.  From the foul line, she drives effectively to the basket.  Collier's passing skills are above average.  She can spot up on the perimeter, but this is the one area that needs to become more consistent or be attempted less (as opponents want her to take this kind of shot). 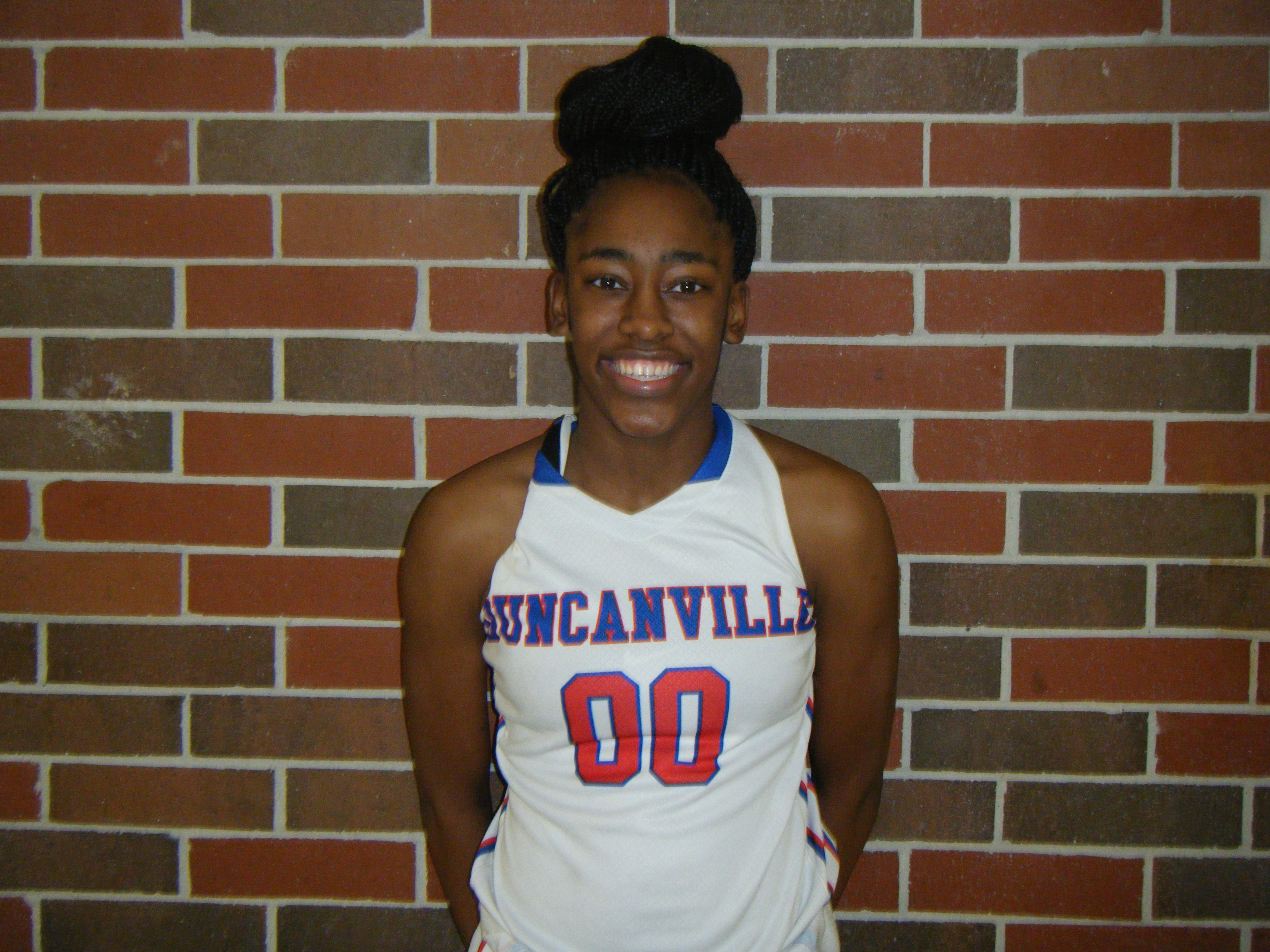 Green has come from being a nice athletic freshman to an offensively dominating sophomore.  Her prime scoring option in Deer Park, appeared to be her perimeter stroke with range to beyond the arc.  On defense, she showed quick hands (ok maybe she could move her feet more on D).  Likely a future Power Five player, she was selected to the all-tournament team at the McDonald's Texas Invitational.