This year's Providence Day Super Scrimmage had talent for all levels of division one and two.

The high school season is just kicking off in some states, while in others the first games will not be played until mid-December.  On November 7, Swish Appeal had a chance to drop in on a major kick-off event in North Carolina.

The Providence Day Super Scrimmage, held at Providence Day School in Charlotte, North Carolina, gave participants both a chance to prepare for the upcoming season and be viewed by a wide assortment of college coaches and evaluating services.

Forty-one colleges of the division one and two levels saw the 28-team field in a series of running-clock scrimmages.  While these contests do not count in the official team records, you can be sure those present tried to win each of the three games played during the day.

The organization of the event was a model of how to do this sort of thing with games starting every 50 minutes on three courts within easy walking distance (two side by side) of each other.  All teams played at least once on the main court.

Given how colleges are becoming increasingly reluctant to go watch individual high school games, events like this give valuable exposure of student-athletes who might otherwise not get seen.  I can only urge schools in other states to consider following this model presented in Charlotte.

Top performing teams at the event...

Providence Day School hosted the event, but did not shy away from competition taking on three highly regarded in-state teams:defeating Winston-Salem Prep (last year's small-school state champions), Millbrook High School (regarded by many the team to beat in the large public school classification) and Hillside High School (considered to be one of the better high schools in North Carolina's largest [4A] class).

In general, Providence Day does not play many of the state public schools, as it is part of a separate Association (NCISAA) rather than the NCHSAA, which all public schools and some private schools belong to. Providence Day does not allow fifth-year seniors to play in its athletic programs and thus should be eligible for national ranking consideration.

North Carolina like the states of Maryland and Texas, has relatively few private schools in the association related to the National Federation of High Schools.  Other states such as California, Florida, and Georgia do.  Most people who just follow high school sports in one or two states may not realize how varied the organization of high schools sports is across the USA.

One other team herein will get special mention for its performances at the event although one could argue for others.

Winston-Salem Prep plays in the small school class and thus can easily be overlooked as not facing stiff opposition (in basketball often not true).  However, in watching this team play, it was pretty obvious it could play with the big name large schools as it had several division one prospects (two are seniors), veteran players and an athletic but disciplined style of play.

It showed well in defeating a strong Hillside team, as well as Jordan High School (both from of Durham) losing only to Providence Day.

Looking at some of the individual talents in alphabetical order within graduation year with height, position and school.  Location of school is in parenthesis.

Craig, committed to East Tennessee, is one of those players who had enough holes in her game (not special as a perimeter shooter for some; a bit small and more thinly built for others) but her strengths still make her a proficient high school point guard.

She has good quickness but controls her team's tempo as asked.  She is a good on ball defender and offensively looks to drive to score.  The feeling on coaches' row was that East Tennessee got a good one for its level.

Whalen would have been event MVP if such an award was given at the event. The Vanderbilt recruit did a bit of everything to help her team notch three wins against some of the best teams at the event.  For more on Erin, see link to story from June club ball season (link:  Capital Cool 2015: Plenty to scout inside in Montgomery, Alabama - Swish Appeal )

Bailey is your prototype center with strong build and game around the basket.  She can score with either hand around the rim.  On defense, she hits the boards reasonably well and showed a shot blocking ability.  A future Power Five recruit, she appeared to need to cut down on committing silly fouls.

Caldwell is one of those trimly built athletes who are recruited by the major division one schools to play the wing to baseline area.  Known more as a slasher, at this event she hit some perimeter shots.  One particular skill she demonstrated was a beautiful change of pace move on her penetrations.

Crutchfield is a versatile scoring guard who can drive or shoot the three.  Orally Committed to NC State, she needs to develop more offensive consistency to complement her athleticism.

Gillis lost her sophomore high school season to the dreaded ACL.  She appears to be moving without pain, but needs to post up harder with her strong, thick frame.  Her hands are very good, but she could still rebound better out of area.   An obvious division one recruit, it will be interesting to see how high up the ladder she will be offered. 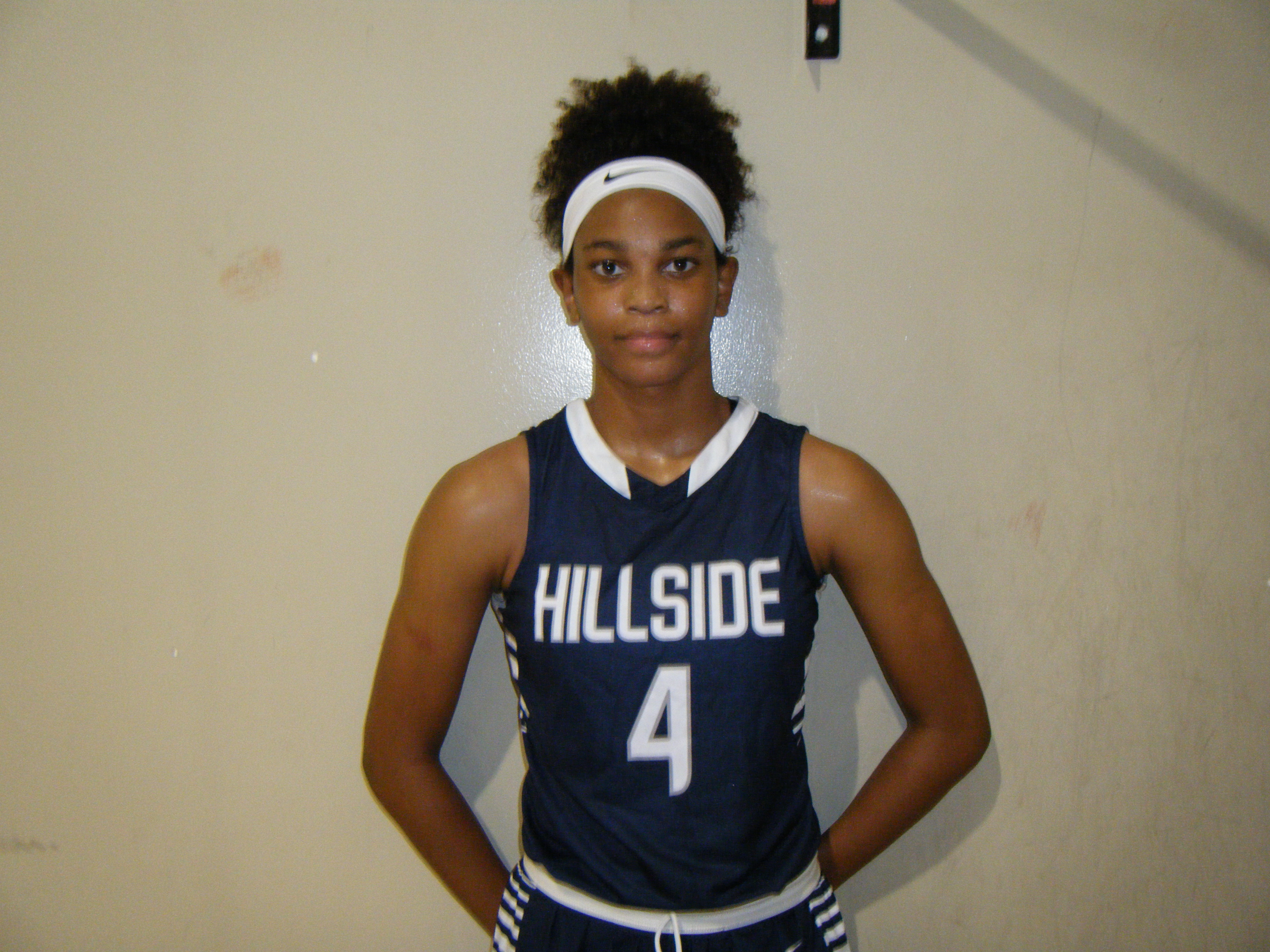 Grissett may have been the prospect with the most upside at the event.  With 6-2 height and lean, athletic build, she can play all perimeter positions but is probably most suited for the "three."

A true lefty in everything but shooting the ball, she does need to go right more as so much of her current game is to attack to the left going to the rim or adeptly dish off.  She needs to improve her range, but the elite level Power Five schools are hot on her trail thanks to the combination of well above average perimeter height, superior attacking ball handling skill and athleticism.

Williams is another versatile guard who can score both by attacking or going over the top.  She handles well enough to play the point, but that may not be her most natural position.  Above average athletically, how consistently she presents her skills may determine how far up she converts Power Five looks to firm offers.

Boyd, on the radar of several Power Five schools, has nice ball handling ability but must get physically stronger with the ball.  Her most noticeable contribution at the event was back to back baskets (drive followed by steal/layup) in the middle scrimmage versus the Millbrook team which was trailing but fighting back.

Those two plays seemed to take the life out of the visitors' comeback.  How well Boyd progresses this year could be a key determining factor as to whether Providence Day has a good or great season.

Cuthbertson is a powerfully built guard.  Her ball handling is adequate, however, she has a score first mentality.  She showed both the ability to shoot the three and take it to the rim but needs to get more consistent in both areas. A likely division one prospect, it is hard to say just where she will fit along the spectrum of levels.

Price was one of several very young players with athletic talent and a division one upside on this team.  Her driving ability seemed her most advanced skill.

Washington is already developing a following amongst Power Five recruiters in the southeast.  She shows above average athleticism, ability to go to the glass and be poised on the court as a young player.  At this event, at times she seemed a bit passive which is quite reasonable for even the most talented players at the beginning of high school year.