The Chicago Sky made a valiant comeback to lead in the fourth quarter of this game. But it was not enough for them to win the game, and prevent a sweep at the hands of the Phoenix Mercury.

The Phoenix Mercury won Game 3 of the WNBA Finals by defeating the Chicago Sky 87-82. With the win, the Mercury wins the 2014 WNBA Finals, their third title in franchise history.

More: Halftime Recap Fowles' shooting key in the first half

Though the Mercury won this game and swept the Sky, Chicago didn't go without a fight. In the third quarter, Sky led by as many as four points, 63-59 after holding the Mercury to just 36.8% shooting from the field, but Phoenix foward Candice Dupree made the last bucket before the period ended. So Chicago entered the fourth quarter only ahead by a score of 63-61.

Jessica Breland was called for a technical foul with 8:51 left in the fourth quarter after slapping the ball away which hit DeWanna Bonner in the face. From there Phoenix made a quick run to reclaim the lead. Though Sky guards Courtney Vandersloot and Allie Quigley made some late buckets, to tied the game 82-all with 33 seconds late, Mercury guard Diana Taurasi made the go-ahead shot with 14 seconds left, and pulled away with the win. She scored 24 points in the game, where she surpassed Deanna Nolan as the all-time leading scorer in WNBA Playoffs history.

In the first half, we saw that Sky center Sylvia Fowles had a great first half shooting the basketball where she shot 6-of-8, due in part to Mercury center Brittney Griner's absence. But in the second half, she did not enjoy that same performance. Fowles only shot 2-of-5 from the field, and she did not get as involved in the offense. Here is her shot chart below in the second half: 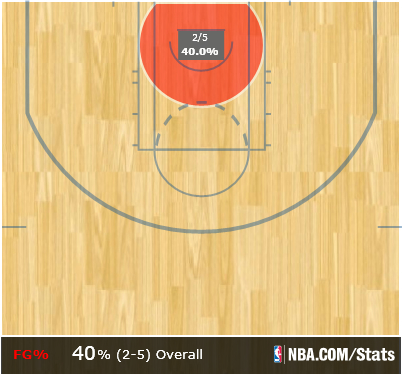 And for reference, here's her performance in the first, which was much better: 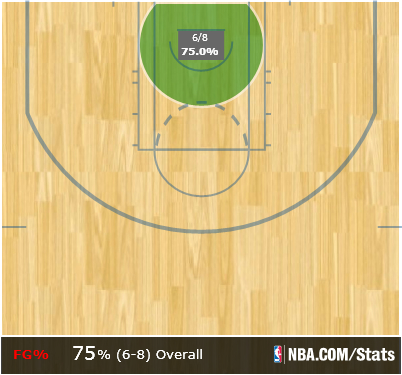 After the final buzzer sounded, the WNBA announced that Taurasi won the 2014 WNBA Finals MVP award. This was the second Finals MVP honor in her career.

Head Coach Sandy Brondello won her first title as a coach. She also is the first former WNBA player to win a championship as a head coach. Brondello played five seasons in the WNBA, which included stints with the Detroit Shock, Miami Sol, and the Seattle Storm.

The Chicago Sky made a valiant effort, but it was not enough. The Phoenix Mercury had too much for them to overcome; the efficient scoring of Diana Taurasi and Candice Dupree, along with Brittney Griner's defensive presence was too much to overcome.