Washington started the first half hot and raced to a 31-10 lead midway through the second quarter. In fact, the deciding run of this period was the second quarter as a whole. The Mystics held the Liberty to 6-of-21 shooting, and scored 10 points off of four New York turnovers.

But that wasn't all. In the third quarter, the Mystics shot 9-of-14 from the field, forced six more turnovers, and scored 10 points off of those. Ivory Latta then scored of her team-high 16 points in the period, and made two of her trademark threes.

So the theme of the day was that the Mystics' defense was relentless. That happens to be the theme of their season on their marketing materials. So here's what they ultimately did as a team: 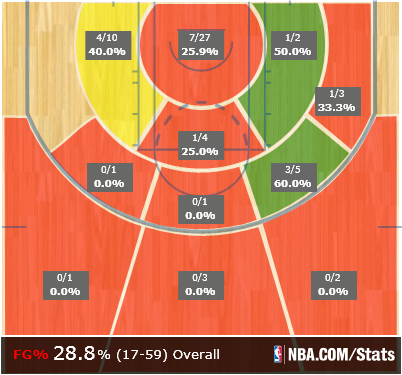 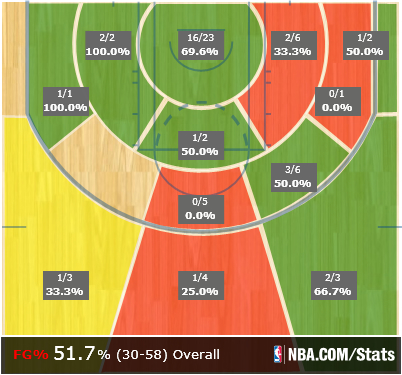 So this is Washington's best win of the season.The Mystics head on the road to play the Indiana Fever on Friday, while the Libs host the Connecticut Sun on Friday.

And above? A Mike Thibault tell-it-how-it-is presser. Click here if you cannot see the embed on the top of the page.