Courtney Vandersloot's jump shot with 20.9 seconds left put the visiting Chicago Sky up for good in a tight 80-77 win over the Atlanta Dream. The series continues on Sunday in Game Two.

Cooper remained upbeat after the loss. "As I’ve always been told by a former coach of mine – Pat Riley – championships are won on the road. The pressure now switches to them more so than us because they have to try and close us out on Sunday."

The Dream are a great rebounding team, but Sky head coach Pokey Chatman has players that can clean the glass. "It’s nice to out-rebound Atlanta. They’re a very good rebounding team. I can remember traveling to Atlanta, and them getting 21 offensive rebounds. So, the key areas that we wanted to keep in check, I felt we did a good job, and it’s nice that we married that with a W."

Atlanta has lacked intensity at the beginning of games, and a good start would be important. After Sky forward Elena Delle Donne scored the first points of the game, the Dream went on an 8-0 run marked by scrambling defense. The Sky would fight back, and Dream center Erika de Souza would find herself with two fouls halfway through the quarter. Despite that, forward Sancho Lyttle picked up every rebound – six of them, for Atlanta in the first five minutes and forward Aneika Henry came in to spell de Souza. Chicago fought back with Sky guard Tamera Young scoring a basket and free throw to tie the game at 14-14.

The Dream began to push the pace of the game. Head coach Michael Cooper gave the Sky different looks both tall (Henry, Lyttle, de Souza) and short (Schimmel, Dumerc). Atlanta point guard Shoni Schimmel was finding her targets and the Dream went on a 10-0 run to push the lead to 33-21. Delle Donne looked fatigued and took to the bench while both de Souza and McCoughtry played with two fouls.

Chicago Sky point guard Courtney Vandersloot hit a go-ahead shot with 20.9 seconds left against the Atlanta Dream in Game 1 of the first round of the WNBA Playoffs.

Dream has their work cut out for them after loss

If the Atlanta Dream are going to make a return trip to the WNBA Finals then they are going to have to do it the hard way.

Video: Vandersloot's shot to beat the Dream Dream has their work cut out for them after loss

Even though Atlanta guard Tiffany Hayes came up limping and went back to the bench after a drive, it looked like Atlanta had the Sky’s number until Delle Donne took the team on her back, scoring six points during a 1-2 run by Chicago to finish the quarter. McCoughtry ended the half 3-for-11 as the Dream could not find the basket and Prince’s corner bomb as the first half expired closed the Sky to within one, 37-36 going into halftime.

"I thought we got caught up in their game," Cooper said of Chicago’s run. "There were times we took too quick of a shot, and they went down and scored. That can hurt you in spurts because instead of going up 12 or 14, it was down to six. Eighty percent of the game was played at Chicago’s pace. Good teams do a good job of combating our running game, and they did that by hitting the offensive glass."

The Sky’s run brought them up to a 37.1 percent shooting percentage at halftime with Delle Donne leading all players with 14 points. McCoughtry led Atlanta with 11 points, with Aneika Henry adding nine off the bench (but picking up three second-quarter fouls).

Chicago came out strong in the third quarter, and a jumper by Tamera Young with a follow up free throw put the Sky up 41-39 for the first time since the opening. With Angel McCoughtry unable to find a basket, both teams were neck and neck, never more than a basket away from each other. Even with McCoughtry and de Souza stuck in traffic, Prince couldn’t score either and big three pointers by Dream point guard Celine Dumerc and Shoni Schimmel squelched any momentum from the Sky. Atlanta clung to a 58-57 lead at the end of the quarter.

Dream point guard Jasmine Thomas made her first appearance in the fourth quarter, and after an opening bank shot by Chicago center Sylvia Fowles, she drove to the basket to put Atlanta up 60-59 with 8:19 left and Chicago called a quick timeout. The Sky adjusted and took a three point lead but Erika de Souza’s offensive rebound drew Atlanta to within one, 69-68 with 4:56 left and Atlanta would tie the game twice more coming down to the last minute.

That was a tough shot she hit...There are times when you have to do basketball things, and one of those things was for Erika to switch, but it didn't happen.-Michael Cooper on how the Dream defended Vandersloot's shot.

With the game tied at 77-77 with 48.9 seconds left, possession came to a jump ball between Erika de Souza and Sylvia Fowles. The Sky won possession and Chicago point guard Courtney Vandersloot found herself a clear path to the lane where she up the go-ahead shot in with 20.9 seconds left. McCoughtry tried to answer from 3-point range with 4.9 seconds left, but her shot would go awry.

"Their defense got us out of the play that we were supposed to run and at that point it was just the shot clock winding down," Vandersloot said. "We had to make a play and luckily they don't leave Sylvia so I had the space to knock down the shot."

"You have to give Vandersloot a lot of credit," Cooper said. "That was a tough shot she hit. Adjusting on pick-and-rolls is one our weaknesses that they tried to capitalize on. They ran the first one that she got through, and then the second was so low that we didn't adjust. There are times when you have to do basketball things, and one of those things was for Erika to switch, but it didn't happen."

And Pokey Chatman knew not to count the Dream out.

"This is a team that always finds themselves in championship series," Chatman said. "They're going to be hungry. Their pride is going to be tested.  They have a good coach. They're going to game plan and try to take away some of the quality players that we have. But it's just a matter of focusing on what we're good at doing, play a good chess match and see who comes out winners."

It was a tough loss for a team that always has a rough road in the post-season, success or not. Cooper’s lesson to the Dream is that the regular season and the post-season are two different types of games. Whether that road leads to eventual success or certain failure will be determined on Sunday. 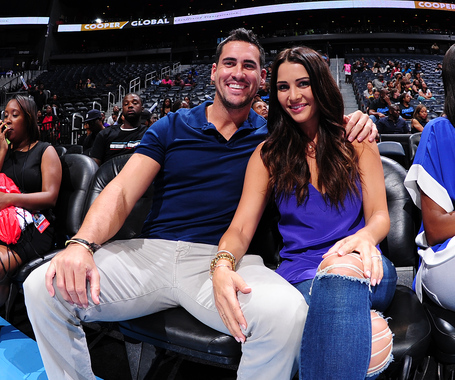 Photo courtesy of the WNBA.

Pokey Chatman opening statement: "You know, normally when you give up 77 points, you don't necessarily think of it as a good defensive effort.  But I thought in key moments, our team became aggressive defensively, we were disruptive, we got deflections, we denied certain people the basketball, and we didn't give up a lot of second chance points.  I think that's important when you're playing a team like the Atlanta Dream, who like to score in the high 80s and like to get out in transition.  So it's nice to see, especially on the road and off to a slow start."

Chatman on the Sky game plan: "There were a couple of little schemes, but it is a chess match.  You want to steal a possession here or there, but for the most part the schemes stayed the same.  There were a couple of looks we wanted to get early on just for disruption, but the bottom line is I thought the schemes were good.  We've played each other five times, that tells a story.  And I thought our players were locked in.  I even told them in the first half, I think Shoni Schimmel hit a shot when the shot clock was running down and Angel McCoughtry banks in an and-one three-point play.  That's seven points.  I can live with that.  So I felt okay with the schemes."

Elena Delle Donne on the effect of last season’s Sky loss in the first round of the playoffs on this year: "I could lie to you and say we have a brand new team and we don't think about what happened last year, but that's definitely top of mind coming into the playoffs. Wanting to prove ourselves and wanting to show that all the adversity we went through this season actually paid off and helped us out through today. So yes, it's top of mind and we're very happy to get this win."

Michael Cooper on the final shot of the game by Angel McCoughtry: "It was supposed to be a split play. Angel still had a good look on that shot, so I give her that every time."

Chatman pre-game on Jessica Breland, Markesiha Gatling and Sasha Goodlett: "You look at Jessica Breland and the adversity that she had to endure in college with cancer and having to fight, being a high draft pick and having to stick on teams.  She just kept fighting and fighting and fighting and we were privy to see her play at Indiana albeit in a limited role.  She impressed.  So she was someone that we targeted in free agency because she's such a fine player in my opinion.   You look at Gatling and our circumstances pre-draft, we had to cut a five player because she injured her knee, Sylvia had surgery so my outlook changed a little bit and lo and behold, there's Markeisha Gatling, so, lucky me!  For her size, her hands and her feet, her understanding of the game I think she's someone that's going to have a long career in this league.  Sasha Goodlett?  She's on a championship team in Indiana.  She's been in the league and played a high level at Georgia Tech.  She's won a championship, she knows what it's like and I was just fortunate enough to get her."

Chatman pre-game on how to keep the Dream from getting physical on Vandersloot: "If Slooty plays at a good pace, it's difficult.  I don't think they can be physical with her in transition, but there's an answer to being physical.  There's pass fakes, there's shot fakes, balance, things of that nature - you don't always have to fight pressure with pressure.  You can fight it in other ways. She's a fourth-year player, she's got a little more poise now, a little more savvy so I think she'll be fine."

For more on the series, check out our Dream vs. Sky storystream.