The Daily Swish: The Lynx win, the playoff race tightens, and are we already talking about where Breanna Stewart could play in 2016?

Yes, the Lynx snapped Phoenix's 16 game winning streak! But check out the other scores in the WNBA, and speculation on what team or teams could be in "contention" for a particular college player in 2016.

Share All sharing options for: The Daily Swish: The Lynx win, the playoff race tightens, and are we already talking about where Breanna Stewart could play in 2016? 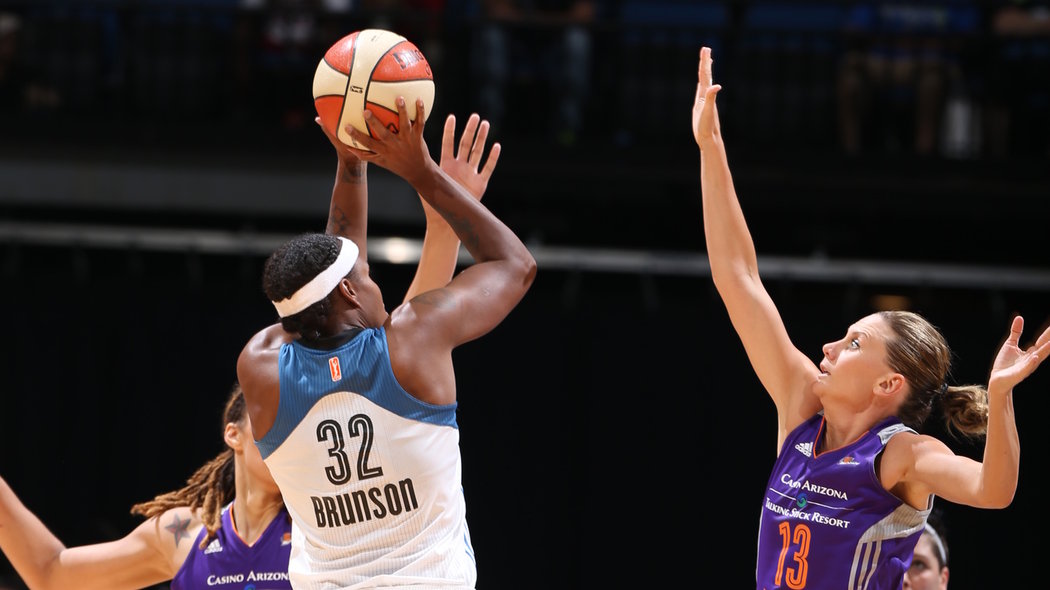 The Minnesota Lynx won 75-67 over the Phoenix Mercury and now gets to an eight game winning streak. No one played particularly well, but it was physical throughout. Maya Moore ultimately led all scorers with 20 points, 9 rebounds, 4 steals, and 3 assists. Nate has the recap here.

The Chicago Sky defeated the New York Liberty, 87-74 at home. Elena Delle Donne returned from a long absence due to a Lyme Disease flare-up. She only played 10 minutes, but scored 10 points in that time. EDD's return gives Chicago a fighting chance to get back into the playoff race which is tight, but also among a bunch of mediocre or underperforming teams. Click here for Nate's recap.

The Atlanta Dream defeated the Tulsa Shock, 85-75 and got their second straight win. Tiffany Hayes scored a career-high 27 points in the contest, and shot 7-of-8 from the field in the first half, and 9-of-12 overall. Here's here shot chart: 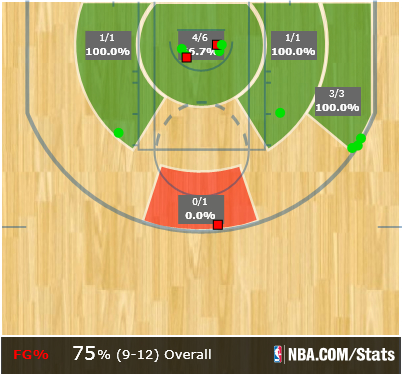 Odyssey Sims led the Shock with 22 points in the losing effort. I also will add that even though her team won, Angel McCoughtry also committed 11 turnovers.... Ouch. Here's the recap from WNBA.com.

The Indiana Fever defeated the Seattle Storm, 76-67. The win gets Indy back to a tie with the Washington Mystics for second place in the Eastern Conference. Tamika Catchings scored 16 points to surpass Katie Smith for third all-time in scoring. The Storm meanwhile lost SEVEN straight games. Here's a recap from WNBA.com. 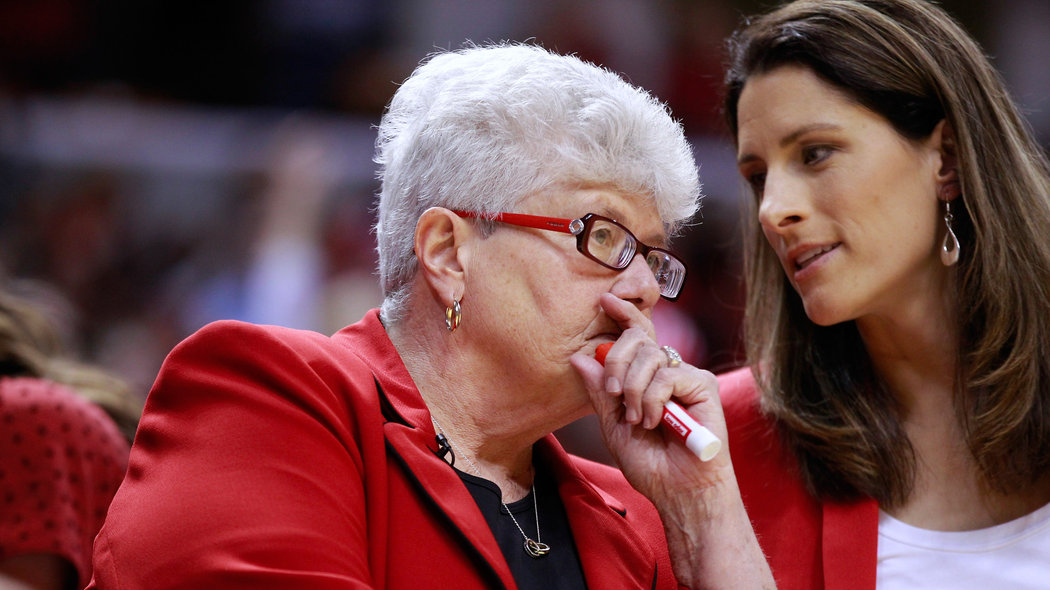 Tulsa Shock guard Riquna Williams is out for the rest of the 2014 season due to a knee injury. She will have surgery next week. Here's more from The Tulsa World.

Seattle Storm CEO Karen Bryant has now officially left her post. This article is from last Saturday, but it's still relevant. Check out this piece from Seattle Times reporter Jerry Brewer for more.

Staying on the topic of the Seattle Storm, former Storm head coach (and now-Indiana Fever head coach) Lin Dunn was honored before Thursday's Storm-Fever game. She will retire after the season. Here is an article from Seattle Times reporter Jayda Evans for more.

Atlanta Dream guard Shoni Schimmel gave an interview to the Tulsa World. She talked about playing a game in the State of Oklahoma where there is a sizable Native American population who came to see her play. In addition, there was a pregame ceremony honoring Schimmel, who grew up on the Umatilla Indian Reservation in Mission, Oregon, and Tulsa Shock guard Angel Goodrich who is Native American, namely of the Cherokee tribe. Schimmel will give a clinic to the Osage Nation on Friday, or today. Read more about it here.

Seth Berkman of the New York Times wrote a nice feature on New York Liberty rookie guard Anna Cruz and her journey to the WNBA, from training camp invitee to a starter. Click here to read it.

Dave Sheinin of the Washington Post has a lengthy feature on Los Angeles Sparks guard Kristi Toliver. In the piece, Toliver talked in depth about playing year-round, and also about leaving her team midseason to play for the Slovakian National Team. Toliver also talks about how emotionally draining the experience can be as well. Click here to read.

NCAA and Other Links 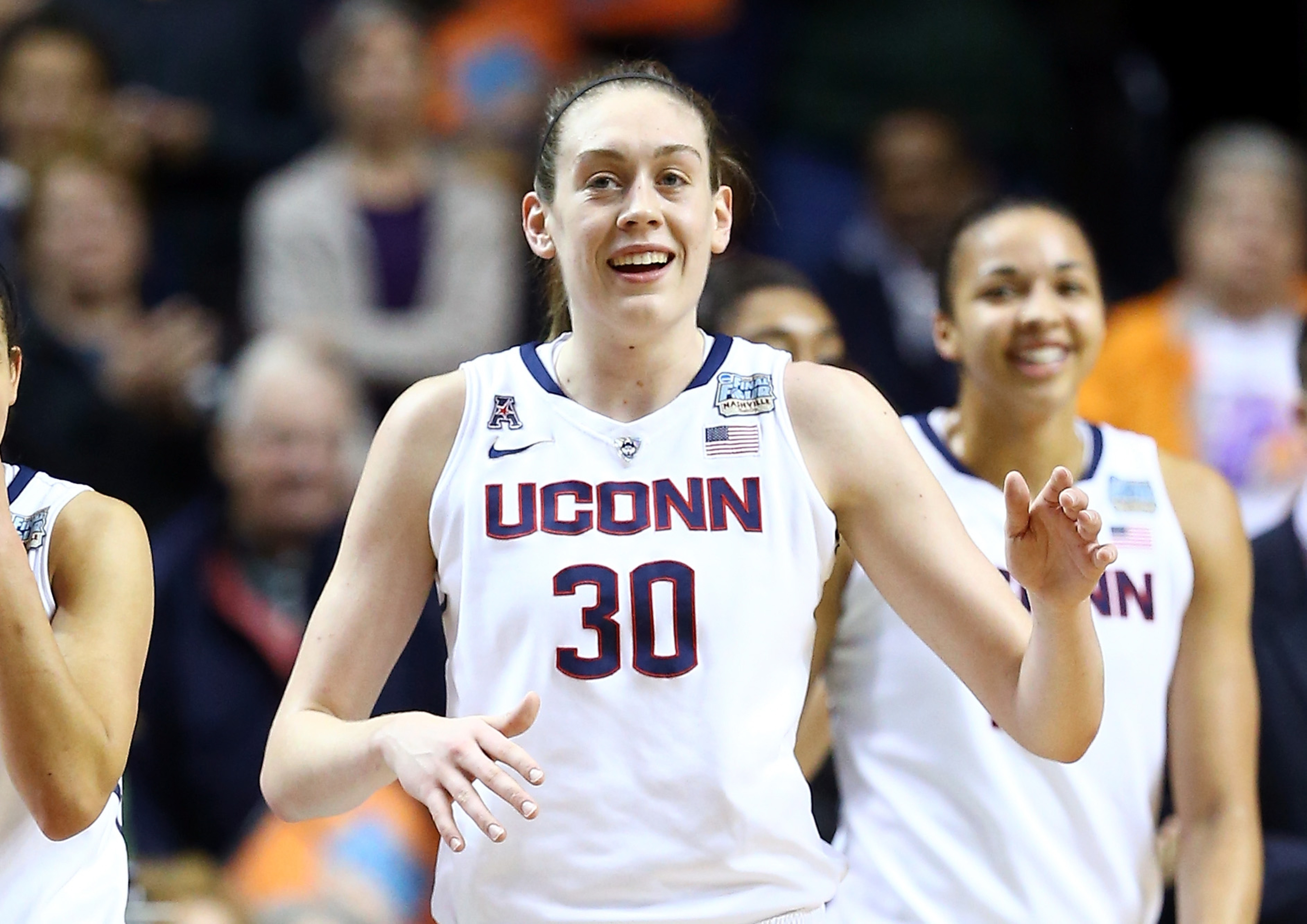 Washington Wizards fans have been contemplating that hometown kid Kevin Durant could play for them in 2016. Washington Mystics fans may also be thinking that UConn junior forward Breanna Stewart could also turn things around for them when she's eligible for the Draft in ... 2016. Read more on why Stewie is "women's basketball's Kevin Durant" and why she's a great fit in the nation's capital from this piece on SB Nation's Bullets Forever.

Speaking about Stewart, she ran a basketball camp at Onondaga Community College in Syracuse, New York which is her hometown. Check out this news story from CNYCentral.com's Kellie Cowan.

The NCAA announced that Spokane Veterans Memorial Arena will host regional rounds (Sweet 16 and Elite 8) for the 2015 NCAA Division I Women's Basketball Tournament. Spokane replaced Sacramento as a regional site due to a scheduling conflict at Sleep Train Arena. Click here to get to the press release.

NBA official Violet Palmer recently announced that she is gay and that she will marry her partner on Friday. Palmer would be the first openly gay sports official in any of the Big Four sports. Cyd Ziegler has a piece from SB Nation's Outsports for more.

As always, these links aren't the only ones out there. If you have links to share, feel free to do so in the comments below.

UPDATE: This is our open thread for tonight's game as the San Antonio Stars host the Connecticut Sun. Game Time is 8 p.m. ET and can be seen on WNBA LiveAccess or NBA TV.