It was a blowout, but Nneka and Chiney Ogwumike had great individual performances in the first "Battle of the Ogwumikes."

Sparks forward Nneka Ogwumike scored 24 points and 7 rebounds to lead the L.A. Sparks (9-11) to a 90-64 win over the Connecticut Sun (9-13). For the Sun, Nneka's sister, Chiney Ogwumike led her team with 18 points and 6 rebounds in the contest.

The deciding factor in this game was a 30-10 run by the Sparks, where they shot 10-of-13 from the field, and had eight assists out of those 10 made filed goals. It's arguably the best quarter of Sparks basketball this season, since they were just automatic with their close baskets. 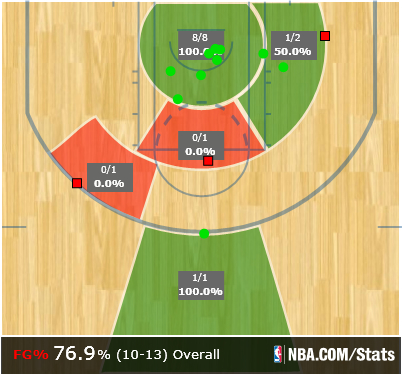 Meanwhile, the Sun was ... not good at all. Here's their shot chart in the third quarter: 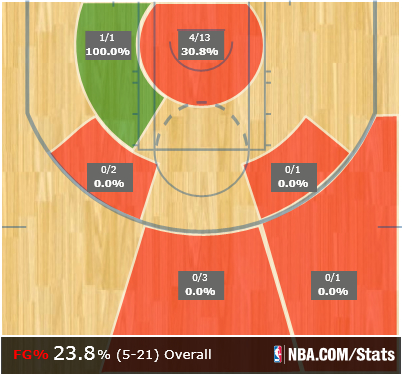 In the first half of the game, things were definitely interesting, and it was a back and forth affair as there were six ties in the first half. And in fact, both Nneka and Chiney Ogwumike were leading their teams in scoring at the half with 14 points each. I don't think you could find a better start to a "Battle of the Siblings" game than this!

A YouTube video which shows both Ogwumikes' highlights is embedded above, courtesy of the WNBA.