A few lessons learned from a holiday basketball tournament.

ALLENDALE, UPPER SADDLE RIVER, NJ - The communities in Northern New Jersey are just a few miles apart allowing for this tournament to run on schedule. The Mike Blake Tip-Off Classic is a week long event in December. Included are divisions from fourth through eighth grade, boys and girls.

Due to patience, persistence and a lot of help from volunteers, the tournament goes off without a major problem. Coach Blake would be proud. 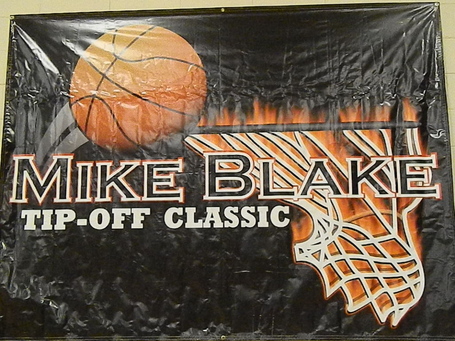 A rundown of the girls games officiated:

Please don't press. All too often the weaker team full court presses hoping to make up for any talent deficiency. Doesn't work. The result is a sloppy foul filled game where the kids, especially on the weaker team, are not learning. Get familiar with the nuances of half court basketball before trying to do anything requiring a full court approach.

The fifth graders can press only the last two minutes of each half. Truly makes for a better, more manageable (for players, coaches and officials) game.

Getting out to run. Maybe they do not finish in transition or the smart point guard will know when to apply the brakes. Bottom line , the kids, even at sixth grade, enjoy getting out and running in the open floor.

Coaching makes a difference. For their 8th grade game with Allendale, the Ridgewood girls were without their long time veteran head coach Jim Cosgrove, out with an illness. An assistant ran the team. The girls we clearly better than Allendale, with size and skill, yet never really gained significant separation. They were lacking a little bit of a sprak to get going. The assistant made the right moves and managed the game. But he could not give the girls the ‘wake up call' they needed to go on a significant run.

Do as I say not do as I do. Worked a few games with a good official who had a team on the boys side win in overtime the night before. "How did you treat the officials," I asked. "I got a T,": he replied. "Didn't agree with the rough post play and got a T. I deserved it." At least he admitted to the offense.

Foul fest. One game saw a ridiculously high amount of fouls as contrasted to their opponents (with quite a few less). When your opponents are taking it to the basket and your defensive fundamentals need work, that spells fouls. On offense, if you choose to live on a diet of perimeter shots, trips to the foul line will be infrequent.

Worked the 5th grade title game, which is always an honor to get that call for a final contest.

USR came out with a good deal of energy but found a match in Ramsey. Getting back to stop the break was crucial as Ramsey was able to force more of a half court tempo. Near the end of the half, USR's offense clicked as they settled down and went into intermission ahead 11-9.

The second half was all USR. As they slowly pulled away Ramsey found themselves struggling on offense. They scored one bucket, that in the final minute when the outcome had already been decided. 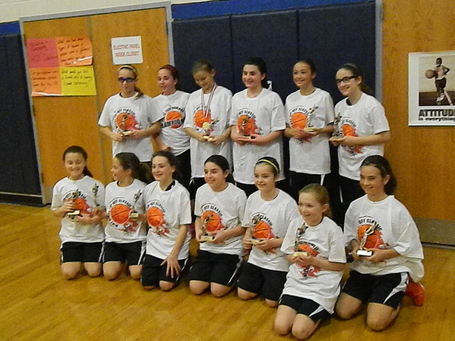 For USR, it was basically a home game with Ramsey a few miles North of this location. The home crowd was delighted. The Ramsey group content with a good runner-up showing but knowing there will be other games and opportunities waiting as the season progresses.