Happy Thursday! There are two games on the docket and they're on LiveAccess so here we go!

Share All sharing options for: Open Thread: Doubleheader for Thursday starting at 7:00 PM

So, after a number of pleas by Mercury fans, Corey Gaines was terminated today which should be a day of celebration for at least some of their fans. I agree with it because there's no way in hell that a Diana Taurasi team, Griner or no Griner should be at roughly .500 this entire season. Just unacceptable. Second, the Sammy P situation is another blunder. Maybe she just sucks too, but it's amazing to see how fast she fell in the rotation.

The thing that bothers me more is that someone with no WNBA experience is now leading the team, and that's not to knock on Russ Pennell but if the W is going to be taken seriously, this league has had enough coaches experienced in this league to take the reins even in an interim capacity. All that said, this offseason, there will be a major coaching search, and perhaps Julie Plank could take this job since I'm partial to her. So where were we?

It's also on NBA TV.

With the Fever on a surge and the Sparks staying steady at the #2 spot in the West, this is easily the game of the night. If the Fever wins this game at home, I think we're going to have to say that this team could very well have a puncher's chance at not only making the playoffs, but also getting to the Finals.

To trade or not to trade various Mystics players 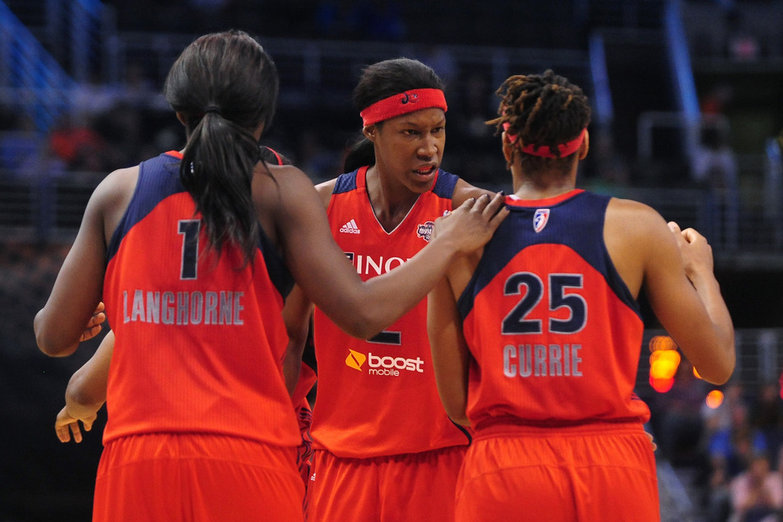 I guess the 9-9 start was fool's gold. So how does Mike Thibault fix things before they go any worse for the long term?

Today Tayler Hill gets some home cookin' at her stomping grounds, and the Washington Mystics have a chance to sweep the Minnesota Lynx and hear some of the OGS-stricken fans make cheers in favor of her being part of a Minny Big Three with Lindsey Whalen and Janel McCarville.

The Lynx have won 10 straight in a row and were fired up this entire season after most of the experts thought that Phoenix would tip toe to a title. They did sleep on DC when on the road however and lost because of that. Now they can settle the score and show who's boss tonight at home.

The Random SB Nation song of the day.

With the Mystics playing in Minneapolis today, we'll have to play their most famous singer: Prince. Here's "When Doves Cry."

So that's all I have on my plate. Enjoy the games.