The Washington Mystics (6-6) were rattled by a furious comeback from the Seattle Storm (5-7) after leading by double digits most of the game but managed to pull off another close victory, winning 62-59. The Mystics now have surpassed last season's win total, and General Manager and Head Coach Mike Thibault now has 212 career wins, which is the most of all WNBA head coaches.

The ultimate deciding factor for this game was the first quarter, when the Seattle Storm gave up 11 turnovers which helped the Mystics get to a 21-7 lead. However, from that point on, the game gradually turned into Seattle's favor which really began to start when Tina Thompson and Alysha Clark made consecutive threes to end the third quarter, and after that, Clark made another three to start the fourth.

Statistically, Storm swingman Shekinna Stricklen had the best game of all players shooting 8-16 from the field, with four three point shots, although out of 11 attempts. Thompson had 11 points, but did so on 2 of 12 shooting. For DC, Michelle Snow led the way with 13 rebounds and 8 points. Crystal Langhorne and Ivory Latta added a combined 23 points.

For the rookie watch, DC's Tayler Hill played 21 minutes, scored 6 points, dished two assists, and played consistent defense all game long as usual. Emma Meesseman, Tierra Ruffin-Pratt, and Nadirah McKenith all played around 10 minutes each. And Seattle's rookie first round pick, Tianna Hawkins entered the game with noticeable cheers given that she is a DC area native and a Maryland alumna, scored two points and grabbed five rebounds in nine minutes of action.

After the win, the Mystics aired a video on the Verizon Center's HD scoreboard commemorating his 212th career victory. It featured congratulations from former Sun players Lindsey Whalen and Katie Douglas who were two of the best players that he developed (and weren't particularly hyped draft picks), current Sun players Kara Lawson and Tina Charles. Current Mystics players Ivory Latta, Monique Currie, and Matee Ajavon also gave kudos. WNBA Commissioner Laurel Richie also noted his stats in her cameo. His wife Nanci, son Eric (who is an assistant), and daughter Carly also gave theirs. Lastly, owner Ted Leonsis and Team President Sheila Johnson also gave theirs. The video from Monumental Network is embedded above. If you are reading this from a mobile device, the embedded video will likely not appear and you will have to click here to watch the video.

In regards to his 212th win, I'm very happy that Mike Thibault is now the winningest coach in the league, and in my opinion, the best, because he gets the most out of his players. In addition, I knew it was coming, but I am pleasantly surprised that it came earlier than many of us thought before the season. That said, I'm even more happy that the Washington Mystics are playing competitively and giving themselves a chance to win every night, and am glad that they surpassed last year's win total this early. I know I am often tough on this team, but it's because I want it to strive to be the best over the long run, and nothing less. This is a day that every Mystics fan should be proud of.

We all here at Swish Appeal would like to give our congratulations to Coach Thibault and look forward to seeing many more wins in the regular season, and beyond with the Washington Mystics! 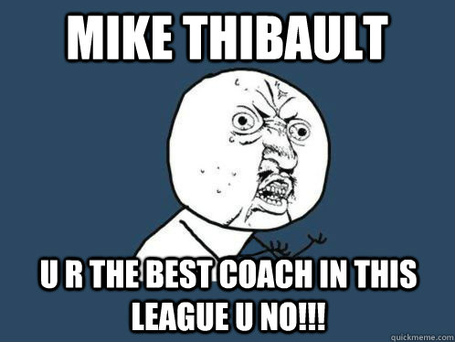