Sparks vs. Mystics final score: Rookie Tayler Hill steps up for Washington in 79-69 loss to L.A.

Because Albert is too excited to write about the performance of the Washington Mystics' rookies in a loss to L.A.

Share All sharing options for: Sparks vs. Mystics final score: Rookie Tayler Hill steps up for Washington in 79-69 loss to L.A.

Just the other day, Albert Lee wondered aloud whether the Washington Mystics should continue to start rookie guard Tayler Hill.

In today's game against the Los Angeles Sparks, Mystics coach Mike Thibault decided to make a switch to Albert's first suggestion: inserting Matee Ajavon into the starting lineup and bringing Hill off the bench while also promoting center Michelle Snow to the starting lineup in favor of Kia Vaughn. Although the Mystics ended up losing another competitive game by 10 points, the move paid off for a rookie who had been struggling to find her rhythm.

Looking more confident than she has all season, the rookie out of Ohio State scored a team-high tying 16 points on 6-for-7 shooting and recording a team-high tying four assists in 22 minutes. In other words, as Swish Appeal's Mystics fans like to say, Tayler Hill was unleashed in Los Angeles. 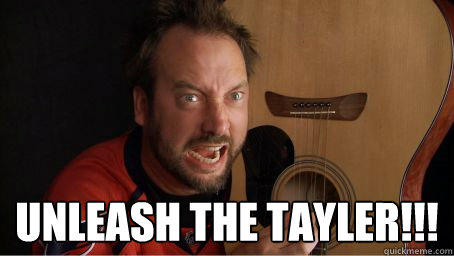 Unfortunately, the Sparks' defense was intent on containing Ivory Latta and did so to great effect: Latta had just five points on 2-for-8 shooting as Sparks players looked as intense as they have all season in pressuring her whether she had the ball or was working to get open to get it.

And that caused a bit of a problem for the Mystics as they've relied heavily on Latta's scoring production (and efficiency) this season, even though the Mystics have plenty to build on from this road game as a team that entered 2013 looking at this season as a rebuilding year.

The Sparks were led by Lindsey Harding who had game-highs of 22 points and 7 assists in 40 minutes and Candace Parker who added 20 points and 7 rebounds.

For more on the Mystics season, check out our storystream.