Open Thread: The San Antonio Spurs look to close out the Miami Heat in Game 6 of the NBA Finals; The WNBA teams in Washington, DC and Washington State also play - all starting at 9:00 PM ET

Tonight, in the WNBA, Ivory Latta and the Washington Mystics head to Washington State as they play the Seattle Storm where they will try extend their winning streak to four games at 10:00 PM ET. Before then, we'll also be seeing Game 6 of the NBA Finals between the San Antonio Spurs and Miami Heat with the Spurs having a chance to win the championship tonight which you can watch on ABC at 9:00 PM ET.

Share All sharing options for: Open Thread: The San Antonio Spurs look to close out the Miami Heat in Game 6 of the NBA Finals; The WNBA teams in Washington, DC and Washington State also play - all starting at 9:00 PM ET

A lot of folks at the San Antonio Riverwalk are yelling "SPURS IN SIX! SPURS IN SIX!" right now until their vocal chords are almost busted, and only because their team is 48 minutes away from winning a fifth NBA championship under the Gregg Popovich and Tim Duncan regime. Just imagine what will happen if they do win!

In short, Spurs guard Manu Ginobili started the game and found his way out of a slump and had 24 points and 10 assists for the night. Tony Parker led the team in scoring with 26 points, and center Tim Duncan had a double double with 17 points and 12 rebounds. Both LeBron James and Dwyane Wade had 25 points each for the Heat, but it just wasn't enough when the Spurs broke the game wide open in the 2nd half.

I still am standing by my belief that the Spurs will win the Finals in seven games because I think Miami will tonight in an elimination game. But I don't think that Coach Popovich and the Spurs Big Three will lose in two close out games in a row given that they want to further solidify their legacies. But if they close it out tonight with Danny Green going like crazy? 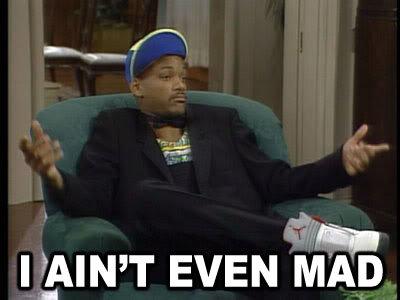 Speaking about Danny Green, he made an NBA all-time record 25 three point shots and is playing like a MADMAN this entire series! If the Spurs win the NBA Finals, I think this man deserves the Bill Russell Finals MVP Award. And to tie this with the next game on this list, one, Danny Green went to North Carolina, like two players in the WNBA game tonight in Mystics guard Ivory Latta and Storm forward Camille Little. And two, Danny Green's game could be a way for Tayler Hill to make an impact tonight!

In Seattle it's on TV through the Live Well Network. Otherwise, watch LiveAccess.

The Washington Mystics put their three game winning streak on the line as they enter a three game road swing out West. Of all the games, this one is the only game where it is clear that they will have the upper hand in this game, considering how well their season started. Two positions where the Storm historically would have a clear advantage is at guard and at the low post positions are now disadvantages where the Mystics have the best guard on the floor with Ivory Latta and the best low post player in Crystal Langhorne.

This is another game for the Mystics to display their rookies at their best, hopefully with Tayler Hill, Tierra Ruffin-Pratt, Nadirah McKenith, and Emma Meesseman giving better than average contributions. Conversely, while I wish that the Storm would play their younger players more, only Shekinna Stricklen is playing significant minutes. This is unacceptable considering that Seattle's top two players who are nursing injury can't just come back next season and not see that there's any semblance of a young foundation.

Lastly, though this something I expected to happen at some point during the season, the Mystics will have a chance to make WNBA history tonight and also Friday against the Phoenix Mercury. Mike Thibault now has a 210-135 record as a WNBA head coach. Only Van Chancellor of the defunct Houston Comets has more wins with a 211-111 record. Should the Mystics win tonight, Thibault will tie Chancellor for most career wins by a WNBA head coach. This also matches last year's win total of five wins from the 2012 campaign. Should the Mystics win tonight and on Friday against the Mercury, Mike Thibault will be the winningest coach in WNBA history for the regular season at least, and the Mystics will surpass last year's win total, both of which would be great accomplishments.

The "Random" SB Nation song of the day

Today I'll post a crazy dance tune. And it's random. Enjoy the dance of the '90's that Los Del Rio, a Spanish pop duo made:

So that's all. Enjoy the NBA Finals, as well as the battle of the Washington teams tonight!