Share All sharing options for: "Diggins" dealt in a three team trade? Okay, it's a typo...

Check this out from WNBA.com...: 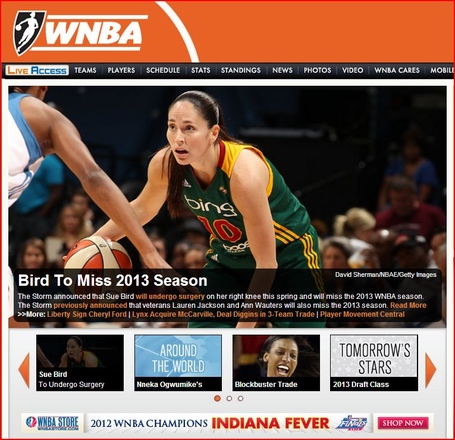 Yeah, this is the front page noting Sue Bird will miss the 2013 season.... but look at the bottom of the line where it says ">>More." Here, "The Lynx Acquire McCarville, Deal Diggins in 3-Team Trade."

I saw it yesterday evening, and knew it was a typo because "Diggins" is supposed to be guard Candice Wiggins who was on the Lynx last year and was traded to the Tulsa Shock in a three team deal which also involved the New York Liberty. I thought someone at the NBA's website team would find it pretty quick and correct it accordingly. Obviously, Skylar Diggins is still in college.

The NBA website team has now corrected it. See pic below: 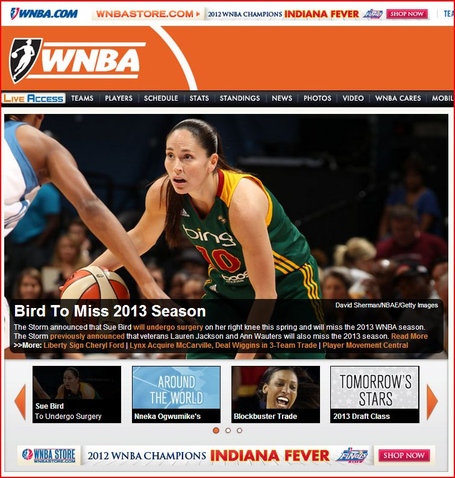