As a preliminary step to better understanding what makes for a strong WNBA draft prospect, we look at the three-year success rates from the 2008-2012 drafts - the era in which the league was reduced to 12 teams with 11 players each.

Earlier this year, the SB Nation-NBA network had a "Most Hyped" theme day in which each of the various team sites discussed the most hyped player in franchise history.

That led me to revisit something I'd been meaning to do for a while: look back at the 2008 WNBA draft class and add the entirety of the class to the data I've been maintaining on draft prospects.

Clay Kallam of Full Court has already done a pretty good job of taking stock of the 2008 draft class round-by-round and pilight's analysis of past drafts in a Swish Appeal fanpost showed that the 2008 draft had the highest percentage of draftees to appear on a roster both in the year of the draft and eventually.

Ultimately, this is just a preliminary step to better understanding how much value a draft prospect might have to a team - whether as a contributor or trade asset - in the long-term aside from the initial value of making an 11-player roster in the year they're drafted. 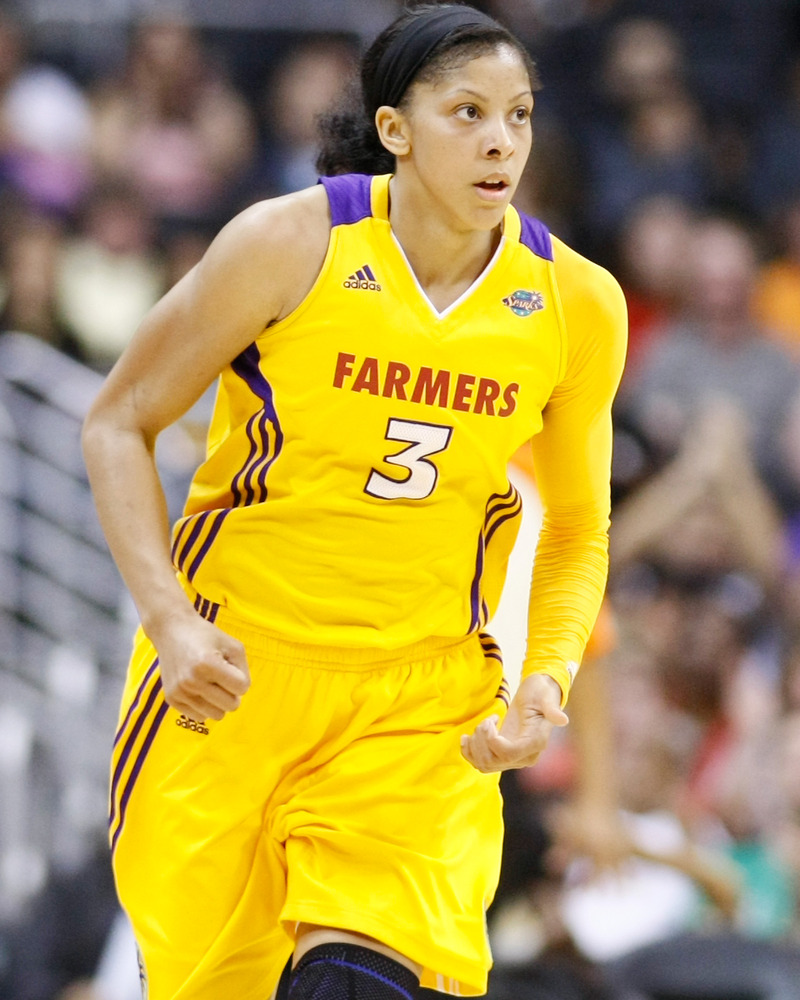 (Photo by Craig Bennett/112575 Media) James Bowman posted the PER numbers from the 2013 WNBA season, which serve as a pretty good reference for how it works.

There are so many statistics on the internet, but I can only choose one: I plead the fif I'm using PER.

Two reasons for this: first, PER is publicly available for every player in the history of the WNBA at Basketball-Reference.com, which enables us to compare the past and present more easily. Second, PER has an easy to understand framework: a rating of 15 is average, above 15 is thus above average, and below 15 is below average. See, simple?

It is a framework that has problems, including underrating some point guards and inflating the value of volume scorers but it provides easy-to-understand points of reference that we can even compare to work people have done on the NBA and it's helpful in looking at the set of successful prospects over the course of three years.

For most pro leagues, a look at four- or five-year career performance - or, to Kallam's point, six years - would make sense. But for today's WNBA, a three-year time span helps us get a better, though obviously still incomplete, picture of prospect performance.

As a practical matter, with rosters being reduced to 11 in 2009 and the number of teams dropping to 12 beginning in 2010, we'd only have one year of data that accurately reflects the current WNBA landscape with 132 rosters spots available if we expanded it to four years. So looking at three years gives us data from both 2010 and 2011 in addition to looking at the 2008 and 2009 data which includes players who were at risk of being out of the league due to the reduction in roster spots. 2012 is also interesting to include even after two years because, as pilight described, it's already one of the least successful drafts in league history (if we define "success" by simply making a roster).

And there's actually an even simpler reason to keep things at three seasons: that's about the average length of a WNBA career. So in essence we're asking how many players make players from a given draft make it to "average"? (Sort of - more on that below).

No matter the time span, it's also worth noting that we're looking at a terribly small sample size (which is part of why I haven't bothered with the more complex statistics): on the NBA side of things, people can do massive statistical analyses based on decades of data. We don't have that luxury at all in the WNBA, meaning there's still a lot of guesswork involved in what makes a successful prospect in the era of 11-player rosters.

Nevertheless, there's still quite a bit we can tell from this three-year data in terms of a team's chances of drafting a player that will actually make it in the league.

First, you might be wondering why I'm only looking back to 2008 for draft data. It's not entirely arbitrary...although I guess it is, sort of.

Those who have been reading this site for a while might be aware that started (or returned to) watching the WNBA in 2008 when I caught wind of all the hype about Candace Parker entering the league. I'll spare you the personal narrative, but the short story is that means that 2008 is the first year that I watched and kept statistics for a full season. And despite the narrow-minded assumptions of some people, I think it's important to both take the qualitative data (i.e. watching the games) and the quantitative data into account when thinking about draft prospects, especially when using statistical similarity ratings as I'm doing - disembodied statistical profiles are obviously statistically interesting, but we're dealing with people not widgets so I like to have some idea of what they looked like in the process of creating all those numbers.

In that sense, even going back as far as 2008 and 2009 is stretching the limits of my WNBA draft knowledge because I hardly watched any NCAA women's basketball to that point, but as you'll see below those classes are somewhat significant in recent draft history.

Even without breaking this down player-by-player just yet, we some important surface-level features of these past drafts. But first a few details about how I came up with these numbers, primarily using examples from the 2008 draft (which I initially set out to look at):

Taking those caveats into account, we still see the same thing pilight pointed out: the 2012 draft class was very weak. In fact, it only produced four above average players in Year 2: Stanford's Nneka Ogwumike (#1 overall), Tennessee's Glory Johnson (#4 overall), Tiffany Hayes (14th overall), and Riquna Williams (17th overall). They're not alone in pulling up the average - a number of players sat in the 14-15 range - but to not even have a full round's worth of players still in the league after two seasons is disappointing, even if you believed it was weak before the draft.

To answer the question about which could be considered the best draft, we see that the 2011 class has been the most successful thus far in the 12-team, 11-player roster era: they have the highest rate of success three years in (and 2012 doesn't figure to challenge that much) and that's an accomplishment when you consider that players drafted in 2008 & '09 had a better shot at making a roster initially with more roster spots available. Yet if we drop the caveats and include players like Larkins - in addition to some of the others on Kallam's list - it's pretty clear that no recent draft can match the totality of what that class accomplished.

The WNBA is reserved for the elite

However, without going into much deeper analysis, the important thing here is that first round picks are really important: after you get beyond those first 12 picks, you're looking at a lot of fringe WNBA players who might make a roster but won't develop into long-term contributors. Second round picks aren't worthless: there's always a prospect or two - and occasionally, as in 2013, even an undrafted player - that teams sleep on for one reason or another. But it's pretty clear that you really have to take the best player available (the player that can most likely make it in the WNBA) in the first round and hope to fill positional needs later in the second or third round (as both the Tulsa Shock and Washington Mystics managed to do this past season). Even then, you're looking at a serious dropoff in production after the top 8-10 players in any given draft with a bunch of others who won't consistently contribute to a team over the long term.

The other thing that I think this type of analysis will highlight is that players don't become WNBA contributors over the long terms simply by being "good college players" or even great ones that can guide their team through multiple rounds in the tournament; with so few roster slots available, the WNBA is reserved for an elite class of players who use a combination of athleticism and skill to be both productive and efficient, preferably at more than one thing.

We'll get more into what types of players are most productive later, but for now this is a good way to kick off our formal look at draft prospects on the site: we can all root for the player with terrible stats to make it because we just know she has a lot of heart and scores a lot of points for a really great program, but you should probably temper that emotion with the basic assumption that 40% of those drafted making a roster down the line is a good year. Unfortunately, the majority of players looking to fulfill their dreams won't do so for long, if at all.

For more on the draft, check out our 2014 WNBA Draft section.