Most of us couldn't see the WNBA's preseason openers yesterday and as of this morning, we don't yet have a boxscore for the Indiana Fever - San Antonio Silver Stars game.

There's not too much we can say about these games - and really, as preseason games there's probably not much we would want to read into anyway - but the league has made game books, quotes, and shot charts available for the games. So we can at least present a reasonably solid statistical summary of the games that we do have stats for.

Notable players who did not play:

Notable players who did not play: 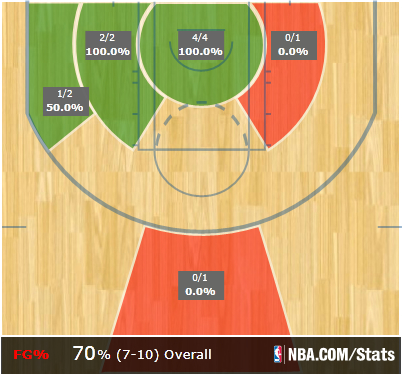 Were you at the game? Feel free to add your observations in the comments.