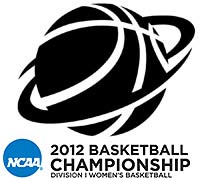 Selection Monday coverage, including the announcement of the 2012 NCAA Women's Basketball Tournament bracket, will kick off this evening at 7 p.m. ET on ESPN and online at ESPN3.

Thanks to Queenie, you can read up on the 31 teams that are already locks to be in the tournament field with our Dance Cards that have been filling the site since each squad clinched their spot in the Big Dance. Swish Appeal will also be providing more in-depth tournament coverage before, during and after all the action.

The host of Selection Monday, Trey Wingo, along with analysts Kara Lawson, Carolyn Peck, Doris Burke and Rebecca Lobo will unveil the 2012 bracket pairings and discuss the tournament field in the hour-long special exclusive to ESPN.

Along with bracket talk during ESPN's selection show, the first hour looks to be heavily oriented towards Baylor and Brittney Griner. Lawson will have a segment about what it is like to play against her, and NBA stars Kevin Durant, Kobe Bryant and LeBron James are set to speak about her basketball ability in interviews taped during the NBA All-Star game. There will be features on Baylor's run through the season undefeated and what opposing coaches will have to include in their game plan to upset the prohibitive No. 1. Live look-ins at both Baylor and Delaware will also be included as they await their tournament fate.

After the hour-long special concludes turn your dial to ESPNU for a second hour that will include an interview with the committee chair, Greg Christopher. The focus on Baylor and Delaware will continue with interviews with Kim Mulkey and Griner, along with Delaware's Tina Martin and Elena Delle Donne.

After the dust has settled on Selection Monday, ESPN has a block of four hours of programming ready for Tuesday afternoon at 1 p.m. ET on ESPNU. During this time, the trio of Beth Mowins, Cara Capuano and Abby Waner will bring us interviews with each of the 64 head coaches in the tournament field.

Along with the selection coverage, all tournament games will be shown at least in part on the ESPN family of networks. The first two rounds will have whip around coverage. There is national telecast windows on ESPN and ESPN 2 for all games beginning with the Sweet Sixteen.

More on ESPN's coverage plan for Selection Monday and the tournament

For more on the 31 teams that received automatic bids, don't forget to see our NCAA Tournament 2012 section.