Last year, 2010 WNBA draft pick Alysha Clark (Twitter: @Alysha_Clark) was kind enough to offer us first-hand insight of her experience in San Antonio Silver Stars training camp until she got released. Since then, Clark has continued her basketball career overseas and has provided occasional updates on her own blog Life In My Nikes. Today, Clark offers more about what she's up to overseas, remembering an old friend from Middle Tennessee State University, and her continued transition from a college power forward to a pro small forward.

Hey hey everyone! I just wanted to give you a quick update on how things have been going since the last time I wrote to you all!

I am currently playing in Israel with Ramat Hasharon. This is my second year here in Israel and I LOVE it! My team is currently in third place with an 11-5 record. We have 4 games left in the regular season and each one of them counts so much because this year for the playoffs it's only the top 4 teams that make it.

I've enjoyed my teammates so much this year! We have had a lot of fun! I am also playing as an Israeli here! As of this year, I received my Israeli citizenship :-) This is not only a plus basketball wise, but it's a plus for my future family :-) My children will be dual citizens…how cool is that!? :-)

In my free time, I've tried to find new and interesting things to get involved in. 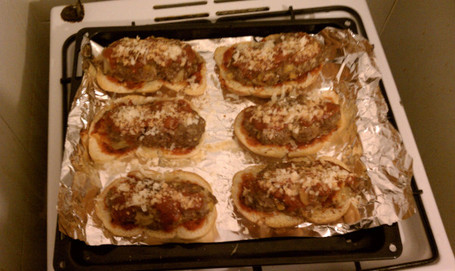 Anyone that knows me knows that I love to cook! This year, I have just gone crazy with cooking! At one point, I was cooking like four times a week for me and my roommate! I was finding new recipes from either Better Homes & Garden or my girl Paula Deen! I posted plenty of pictures on my blog and my twitter of all the masterpieces I created, :-)

I also went to the gun range (no worries, I have my permit!) and even did some scuba diving for the first time! 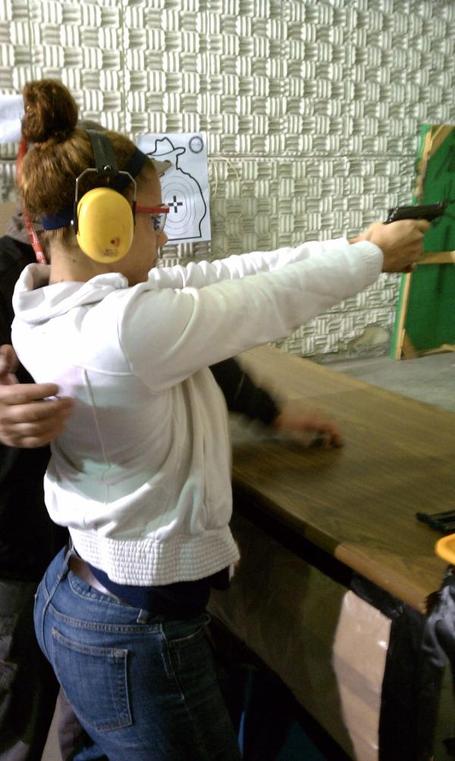 Playing overseas is definitely bittersweet. You have a lot of downtime and you are spending so much time away from family and friends, but you're also doing what you love, seeing the world, and trying things you've always wanted.

Not only has this last year been a transition on the court for me, but it's been a transition off the court as well. Last March I lost a really good friend, Tina Stewart. She was like a little sister to me and was one of the most special people that I've ever met in my life.

This past Saturday was supposed to be her senior night at Middle Tennessee State University. She was supposed to be on that court smiling and crying and excited that she was almost at the end! Instead, the MT family did it for her (click here for a summary of the day, photos and quotes via GoBlueRaiders.com).

Every time I step on the court I play for Tina. I remember her love and passion for the game, so I go out there and play as she would. She was one of my biggest supporters. She would always tell me that she had no doubt in her mind I'd make it at the next level, even when I was doubting myself. She always joked and said she would come to my first game just as long as I got her a plane ticket and a game ticket! :-)

This season has been sort of a struggle for me. In the first half of the season, I felt like I was just there. I didn't feel like I was doing much to help my team. The transition from the 4 to the 3 is one of the hardest transitions to make. Not only is the skill set different, but the mindset is different as well. I am having to go from a back to the basket player inside, to a face up, ball handling guard.

Even though I trained all summer, actually getting into a team system is different and it took me some time to gain confidence playing a guard. The same thing happened last year over here as well. The first half of the season I was adjusting to the different style of game and becoming a face up post player. Once the second half came around, I was feeling a little more confident, just like I am now. 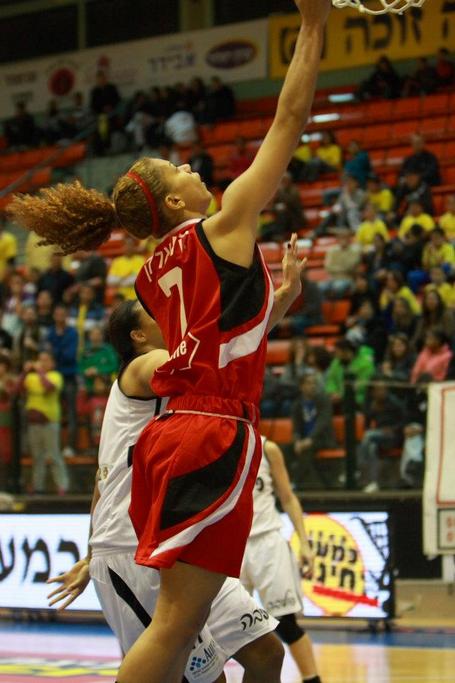 I am a very determined and driven person. All the things people have told me over the years about what I CAN'T do, I don't really dwell on too much because I know it's not them who ultimately makes that decision. But trust me haha, when I'm working out, I make sure to remind myself of those things so I will push myself just a little harder :-)

I still have goals of making a WNBA roster this season. I'll continue to work hard and do everything on my part! Who knows, maybe you'll see me in a jersey this summer :-)