Share All sharing options for: Photos: L.A. Sparks Coach Joe Bryant Getting Himself Ejected In 82-65 Loss

As if things weren't bad enough for the Los Angeles Sparks as they were down 15 points to the San Antonio Silver Stars with under a minute left at home with their playoff hopes on the line, coach Joe Bryant tried his hardest to get himself ejected and was ultimately successful.

Photographer Craig Bennett has provided the sequence - including assistant coach Sandy Brondello apparently trying to stop him - for your enjoyment and/or captions. 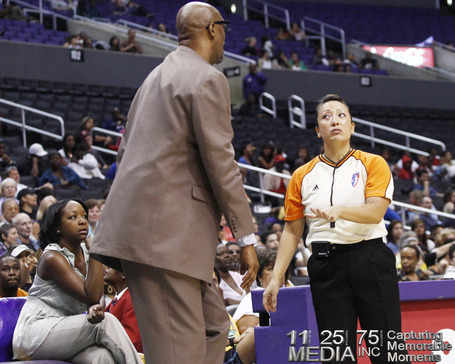 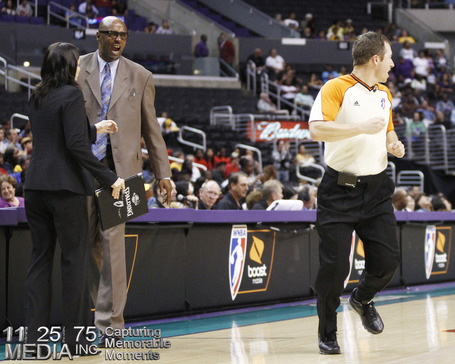 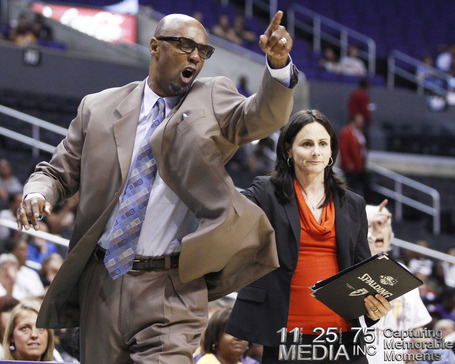 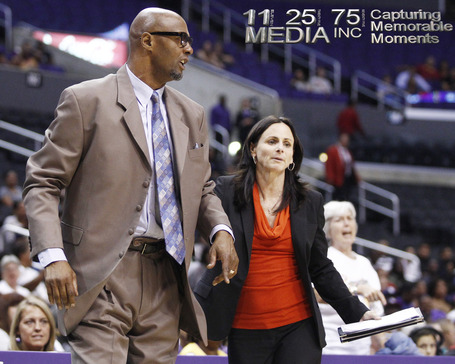 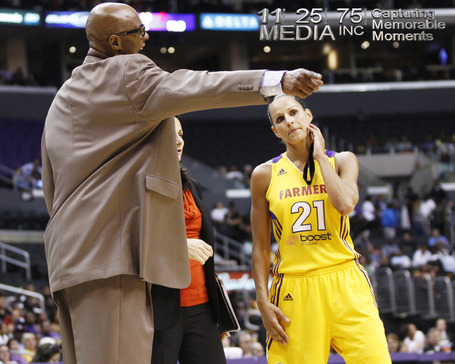 A few people have already mentioned that this resembled Joe's son and the Los Angeles Lakers' fourth quarter meltdown and disgraceful exit from the 2011 NBA Playoffs and while I wouldn't say last night approached that nonsense, they do apparently have a flair for dramatic collapses to eliminate themselves from playoff contention.