Share All sharing options for: Photos: A Historic Night For Seattle Storm, Chicago Sky on 10th Anniversary of September 11 Attacks 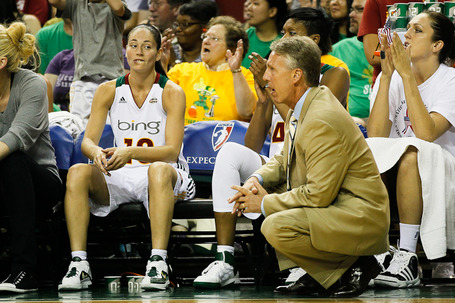 Kevin Pelton of StormBasketball.com put together a nice piece about a historic night at KeyArena on Sunday night, which included Katie Smith getting her 6000th point, Brian Agler tying Van Chancellor for most coaching wins in women's basketball history, and Sylvia Fowles capping off a season for the record books.

A brief photographic rundown after the jump, with the help of Kailas Images. 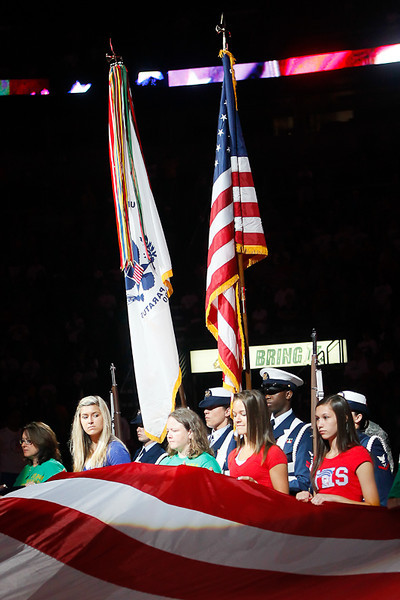 Playing on the 10th anniversary of the attacks on the U.S. of September 11, 2011, the Storm honored local heroes. Sue Bird and Swin Cash also had a video reflection on 9/11 that was played during halftime on the NBA TV broadcast. 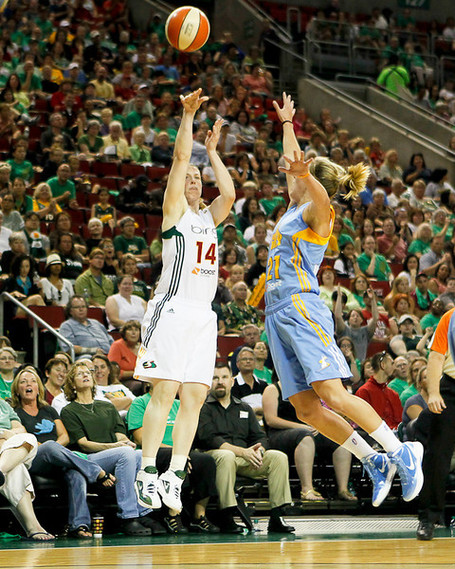 Storm guard Katie Smith joined Lisa Leslie and Tina Thompson as the only three players in WNBA history with 6,000 points with a three pointer late in the first quarter, the first of five (so not the one above). Also interesting is that Washington native Courtney Vandersloot - the first Gonzaga Bulldogs alum to make a WNBA roster - made her first appearance in KeyArena as a pro. She had a rough night with 5 points on 2-for-9 shooting and 2 assists. 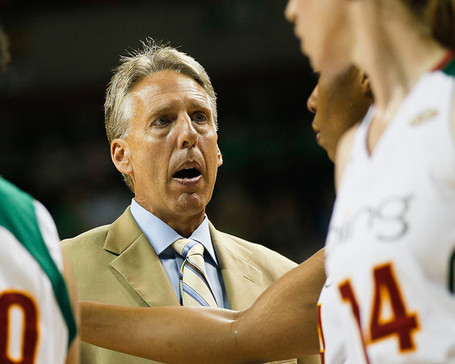 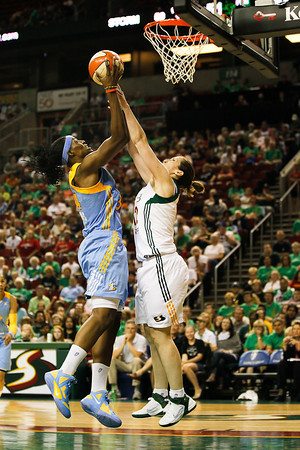 Although the Sky lost, center Sylvia Fowles also made history - Fowles scored 30 points and had 13 rebounds to become just the second player in WNBA history to average a double-double in a season.

For more photos, visit the Kailas Images photo gallery.  For more on the game, visit the SBN Seattle storystream.