The following is a photo essay of the festivities. 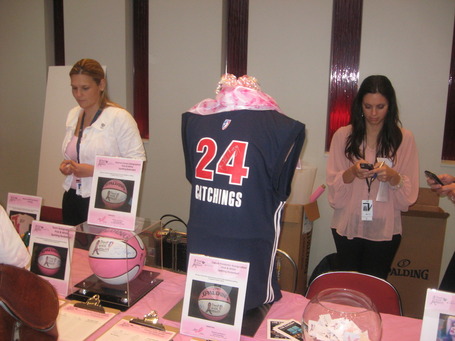 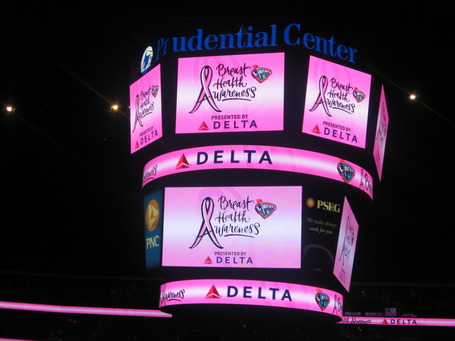 The Rock scoreboard reminds all it is Breast Health Awareness night. 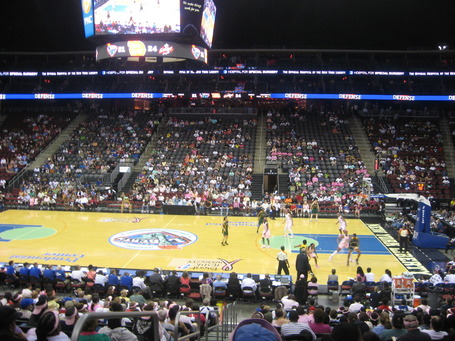 A shot of the Seattle Storm - New York Liberty game action from the stands. 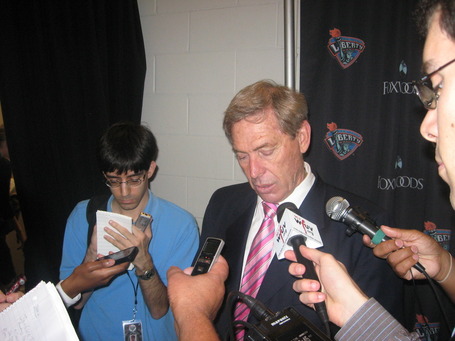 Liberty coach John Whisenant meets the media after a narrow and important victory. 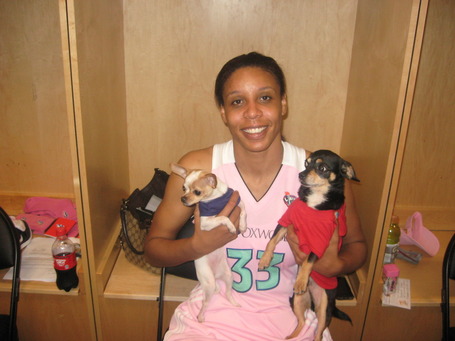 Liberty's Plenette Pierson in the locker room with her two chihuahua puppies after the game.