Ray Floriani was on hand for the New York Liberty's 75-71 win over the Washington Mystics tonight and passed on the following pictures for a brief "photo essay". 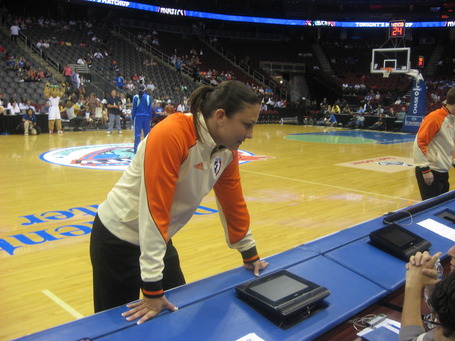 Official Lauren Holtkamp chats prior to tip off. 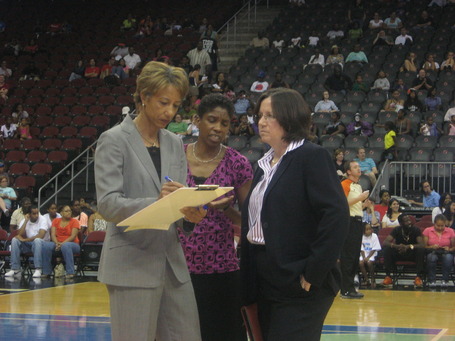 Mystics head coach Trudi Lacey with assistants Laurie Byrd and Marianne Stanley (left to right) huddle during a time out. 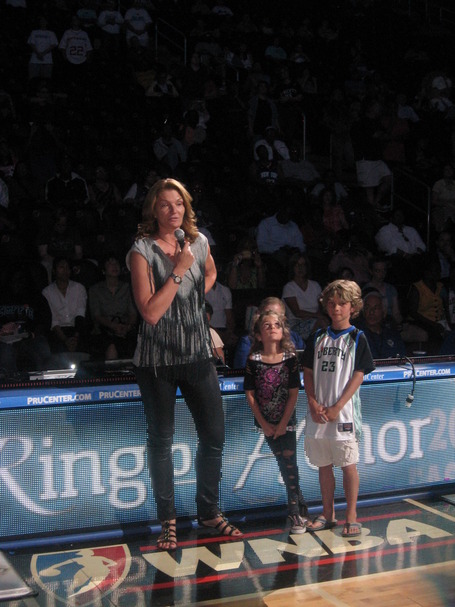 Liberty legend and honoree Sue Wicks greets the Prudential Center crowd at halftime during the franchise's Ring of Honor ceremony. 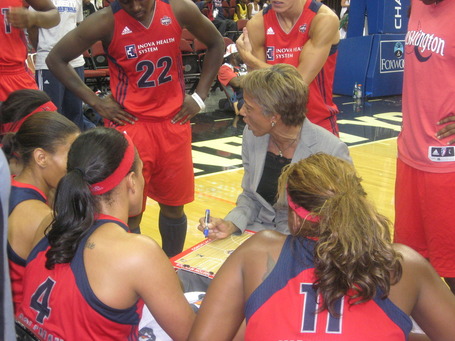 Lacey huddles with her team during a late game time out. 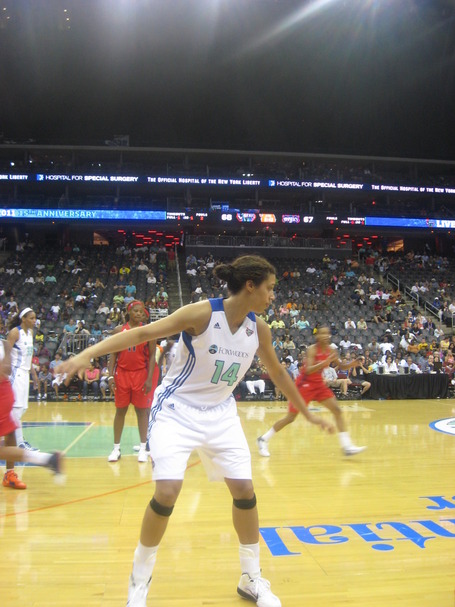 Got your own pictures, video, or thoughts from a game? Feel free to share them with us by creating a "Fan Post" or "Fan Shot"" (click here for an introduction to all of our features).