Share All sharing options for: Photo Essay: Pre-Game At The Prudential Center For The New York Liberty's Home Opener

NEWARK, NJ - Just off two consecutive road victories, the Libery returned with a perfect 2-0 record. Impressive considering the season opener was an OT win at Atlanta. That contest was followed up by a narrow victory over Indiana, again away from home. Road wins are never easy.

But tonight the New York Liberty returned home with a chance to remain undefeated. 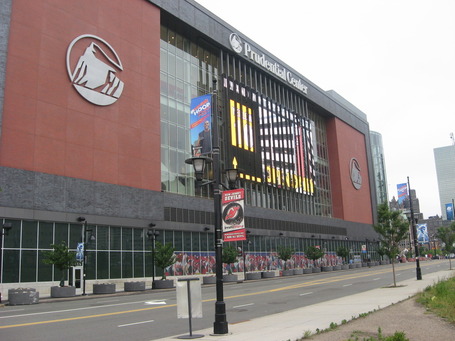 At the Prudential Center, aka the 'Rock', the Liberty face the same Indiana Fever club they defeated just twenty four hours ago. 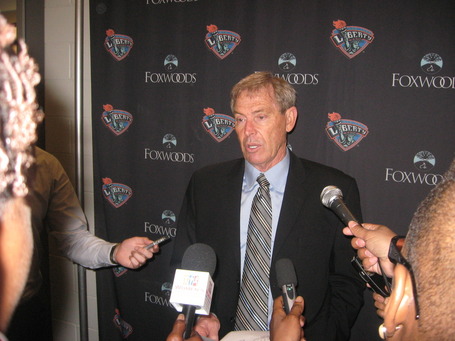 Given the opposition of the first two contests, new coach John Whisenant was pleased and looked for two home games as instrumental in keeping the momentum alive. 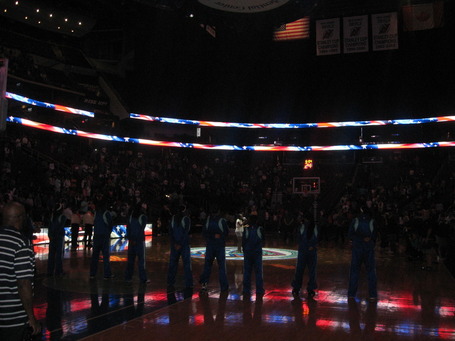 Just before tip-off Cappie Pondexter of the Liberty greeted the crowd. Among those watching courtside were Anne Donovan, the former Liberty mentor who now directs Seton Hall, just a few miles west of the Rock. 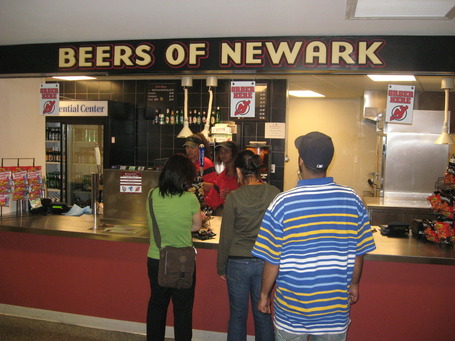 Although fans made themselves at home for opening night, there were a few kinks that have to be ironed out. My laptop's behavior on press row is included in that list.

Pre-game stat analysis and early minutes showed that the Liberty would have to limit Indiana's second chances to make their regular season Rock debut a winning one. The Liberty ultimately struggled to keep the Fever off the offensive boards, but it was two other factors that spoiled opening night for Liberty fans.

Click here to see what happened in the fourth quarter.