Pat Summitt and Mike Krzyzewski were officially presented the trophy for being named the 2011 Sportsman and Sportswoman of the Year on Tuesday night in New York City at the IAC Building. By all accounts the ceremony was a success, with SI writer Peter King adding on twitter, "Most impressive thing re SI Sportsman fete tonight: Real humility of Krzyzewski winning it--and how he loved sharing stage with Pat Summitt." 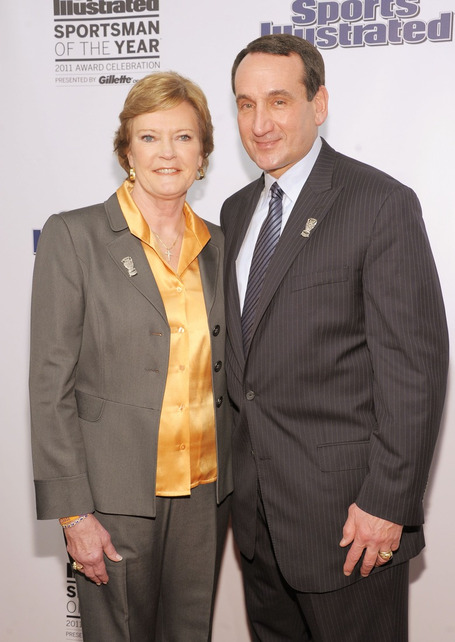 The video footage from the awards consists of a series of interviews, and the order is as follows:

Watch: 2011 SI Sportswoman and Sportsman of the Year Speeches