Dishin & Swishin Looks at the Sixth Woman of the Year Award

Share All sharing options for: Dishin & Swishin Looks at the Sixth Woman of the Year Award 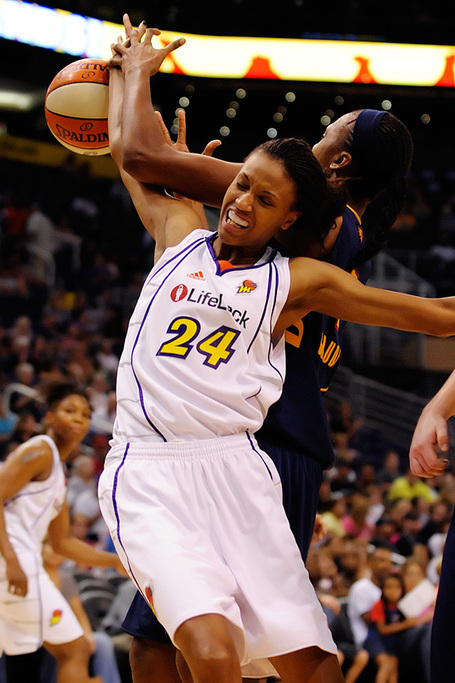 So, are we ready to rename it the DeWanna Bonner Award yet?  Two years in the league, two WNBA Sixth Woman of the Year Awards.  Not bad at all.

Her numbers are exceptional, and that doesn't even begin to describe all DeWanna Bonner does on the court.  But she was not the only player helping their team off the bench this year.  Plenette Pierson keyed New York's surge to the top.  Svetlana Abrosimova and Le'Coe Willingham each were important cogs in the Seattle machine.  There was also Jessica Davenport (Indiana), Epiphanny Prince (Chicago), Sandrine Gruda (Connecticut), Kelly Miller (Atlanta) and Kristi Toliver (Los Angeles).  All important to the success of their teams.

The "Roundtable" (Mel Greenberg, Jayda Evans, and Nate Parham) discussed the candidates, and the difficulty in getting information to properly assess the candidates.

Finally, in honor of DeWanna Bonner's second consecutive award, and to help get you ready for game one of the Phoenix Mercury's title defense tonight, here is my interview with DeWanna from this week's Dishin & Swishin show, heard weekly on www.wstrradio.com