The New York Liberty Legends Roundtable: When They Talk, We Should Listen

Share All sharing options for: The New York Liberty Legends Roundtable: When They Talk, We Should Listen 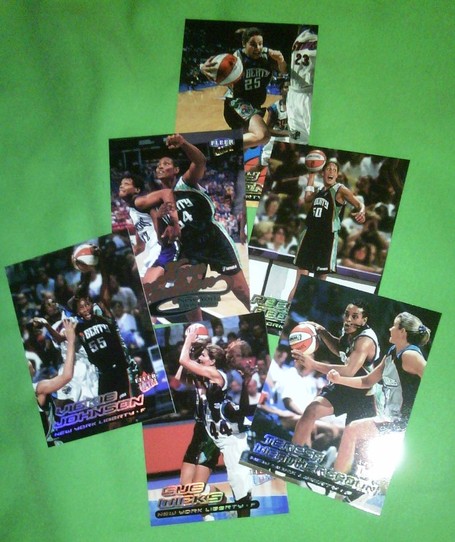 Sure, the Houston Comets won the early championships. They were the dominant team in the early days of the WNBA. But, they had three legends...three future (or current) Hall of Famers in Cynthia Cooper, Sheryl Swoopes and Tina Thompson. They SHOULD have won those titles.

But in NYC rose a team just as popular, if not more so. They wore Black & White uniforms which was appropriate because they played aggressive, in your face basketball. They were physical and played tough defense, and they had a style of their own. The players embraced their roles and even they though had a mix of personalities that were as different as could be, they embraced each other - and their fans. A love affair with these past players developed that continues today, even though they are all doing different things and in different jobs.

There was Rebecca Lobo, the high profile youngster from UConn, fresh off the Olympics and one of "the faces of the league." There was Teresa Weatherspoon, the distributor, one of the best point guards you'll ever see who had been playing in Europe. Kym Hampton, big, physical, but with a soft touch in the paint, marks another veteran. Vickie Johnson, the soft-spoken defender who had torn things up at Louisiana Tech and chose to play in the WNBA because she thought the ABL drafted her too late. Sue Wicks, the local girl from Rutgers, would go through a wall to defend her teammates. They were joined by "the little white girl" that went from being undrafted to a superstar, Becky Hammon. You add in Crystal Robinson, Sophia Witherspoon and others, and you have....the New York Liberty.

On a Monday evening a couple of weeks ago, the stars aligned for Dishin & Swishin. Rebecca wasn't traveling to cover a game for ESPN, Becky was getting ready for her next WNBA game, Coaches Spoon & Wicks were off recruiting visits, Liberty employee Kym completed her latest project, VJ was free and I was able to gather the Legends of the Liberty on one conference call and Dishin & Swishin magic was made.

Send yourself back in time...it's 1997, summer, and you are in New York City. The city that never sleeps has a new passion, women's basketball. David Stern has helped create the WNBA, and the New York Liberty is one of the original franchises. Rebecca Lobo and Teresa Weatherspoon were assigned to the Liberty, and Kym Hampton, Sue Wicks and Vickie Johnson were all drafted. The World's Most Famous Arena is rocking, and the players are being treated like the celebrities they are. A love affair has developed between the diverse members of the Liberty and their equally diverse fans. Rebecca Lobo discussed what it was like in NYC on and off the court.

Dishin & Swishin: NYL Legends - Rebecca on NYC and the fans

Lobo was the initial "face of the franchise." She was the total package. She had looks, personality, championship success on both the collegiate and Olympic level and national media attention. It would have been really easy for veterans that had been doing the dirty work, toiling in relative obscurity in Europe for several years to resent or hold it against the younger Lobo. But this wasn't a normal group. Listen to what the Liberty Legends had to say about their friend and teammate, Rebecca Lobo.

1999 was a big year for the franchise. With the folding of the ABL, sharpshooting Crystal Robinson joined the team adding another dimension. C-Rob was one of the most clutch shooters in the league, and unfortunately a family emergency kept her from being a part of the roundtable. She was missed by her teammates, though. The ABL players dominated the WNBA draft, and an undrafted free agent from Colorado State was invited to camp as a free agent.

Becky "survived" the pounding and the tryout and made the New York Liberty. She fit in well with the veterans, and the rest, as they say, is history! Becky discussed her beginnings as a member of the Liberty, and how she did it.

So 1999, was capped by another Comets-Liberty final series. This one was highlighted by "The Shot." I don't know of a WNBA fan that doesn't know about it, but just in case, the stage was set for an improbable and nearly impossible play. With the Comets up 1-0 and on their home court, Tina Thompson sprung loose and hit a dagger jump shot to give the Comets the lead and virtually no time left. The Liberty had no timeouts, and you would have thought no chance to win the game. Then the impossible happened. I could go on, but it's better to hear the Legends discuss it themselves!

Lobo and Spoon were the biggest names. Hampton and Johnson were All-Stars and two of the leading scorers on the team. But several Liberty fans I talked to say the same thing: Sue Wicks personified the Liberty. Sue was what the team was all about. Tough, physical, aggressive and competitive. She was so well respected throughout the league that she was also a receipient of the Kim Perrot Sportsmanship award. Sue discussed what being a part of the Liberty was all about....after her teammates let her speak!

Competition in the WNBA has always been fierce. Now it's Taurasi, Bird, Jackson, Parker....then it was Timms, Gillom, Cooper, Swoopes. So who did the Legends of NYC consider their toughest competition and who did they enjoy playing against?

As long as we're on the subject of fierce competition, the debate has raged through message boards as to who was better, the players of yesterday or the players of today? The athleticism of today's players vs. the international savvy of the veterans? Having played in the beginning of the WNBA, Rebecca Lobo is working as a WNBA commentator for ESPN and the Connecticut Sun and Becky Hammon is, of course, still a WNBA All-Star. I'd say that qualifies them to give an informed opinion on the subject!

If you still have any questions or doubts as to how the players still feel towards each other, Teresa Weatherspoon will erase those, and also really made the host of the show feel fantastic with these comments.

Dishin & Swishin: NYL Legends - Spoon talks about the Roundtable discussion and her teammates

I had asked fans to give me thoughts and questions that they wanted answered and passed on to the Legends. In return, I asked the Liberty legends for a final thought each had or wanted to share with their fans. It's obvious the love affair between players and fans went both ways.

Dishin & Swishin: NYL Legends - The Legends share some final thoughts with their fans

They didn't win any titles, but they won hearts. To this day, the New York Liberty is, in my opinion, one of the most (if not the most) important franchises in the WNBA. It's not just that New York is such a media capital and home to the WNBA offices. It's also a place where the people are more passionate about their sports than anywhere I've seen.

Finally, it just seems though that once they got rid of the Black & White uniforms and went to their Blue & Teal, the dynamic changed along with it. So as Cappie Pondexter tries to lead the team back to prominence, here's one vote for a return to the Black & White unis! You remember them, like this replica, that Becky signed for my daughter a few years ago! 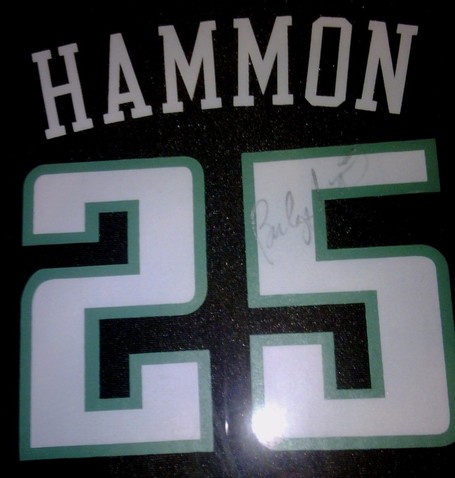