When 2010 Parade High School Player of the Year Chiney Ogwumike (Cy-Fair High/Houston, TX) arrives at Stanford this fall, she and sister Nneka - 2010 Pac-10 Player of the Year - will embark upon a journey to become the best sibling duo ever to play Division I basketball together.

For now, the family will have to "settle" for making a different type of history.

"There have been I think 214 people that have won," said Nneka in a phone interview with Swish Appeal an hour prior to Chiney receiving the award. "And out of those 214 only two of those are siblings and I think that's cool that we're the first siblings ever. And that's a really great accomplishment. Winning Gatorade alone is amazing. To be able to share it with my sibling is even better." 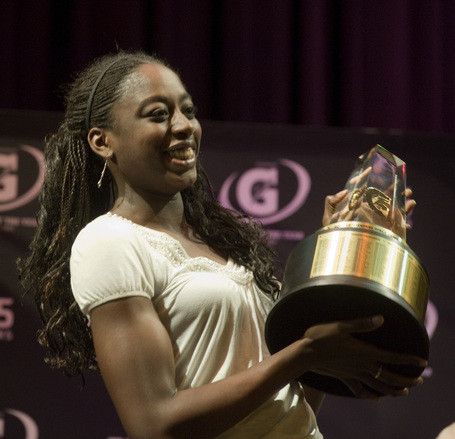 The Gatorade Player of the Year award is presented to high school student-athletes who have achieved athletic excellence in conjunction with high standards of academic achievement and exemplary character.  The selection process is administered by ESPN RISE and the Gatorade high school sports leadership team, which work with a national advisory panel of top sport-specific experts and a media advisory board of accomplished, veteran prep sports journalists to determine the state winners in each sport.

The panel helped select Ogwumike from more than 444,000 high school girls basketball players nationwide (all nominees). Ogwumike is now a finalist for the prestigious Gatorade Female High School Athlete of the Year award, to be presented at a special afternoon ceremony prior to The ESPY Awards in July.

Although Nneka couldn't be in Texas to help celebrate, she and her Stanford teammates Skyped in from Palo Alto to surprise Chiney with a recorded message during an assembly that Chiney thought was for Cy-Fair's state championship.

"I recorded something and I'll be talking and then they'll cut into a Skype call with me and my teammates," said Nneka. "And Gatorade sent us a replica of the trophy and we're gonna hold it and show her that she won it."

Perhaps one of the most remarkable things about this particular pair of siblings winning the national honor is that neither were exactly "naturals" -- neither knew how to play basketball when Nneka first started, but slowly improved by shooting on the hoop in the yard, playing horse, games of 21, and eventually AAU tournaments.

"It's kind of like a flashback anytime I think about these awards, just where we started," said Nneka. "It definitely didn't just happen overnight, it was definitely a progression and I think it' really very amazing to think about how it started that way and where it got us."

Listening to Nneka speak about her sister was refreshing -- in keeping with her reputation as a humble, polite, and thoughtful individual, it's obvious that she has nothing but the utmost love and respect for her sister and recognizes the magnitude of her family's accomplishment.

With all of the accolades granted the family, the opportunity to play together for a national championship at Stanford, and the privilege of earning a Stanford education, Nneka offers simple advice to her sister going forward.

"Bask in the moment, that's the best advice I can give her," said Nneka. "The Stanford program is wonderful both academically and athletically. And I think wasting any of the time that you're here is the worst you can do." 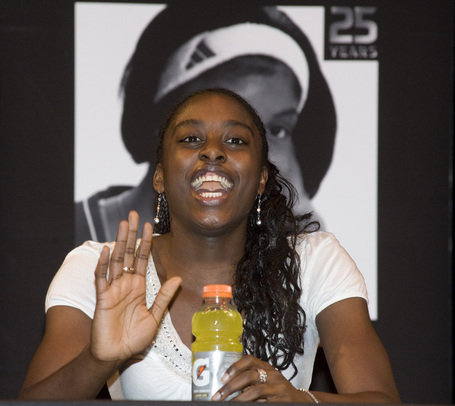