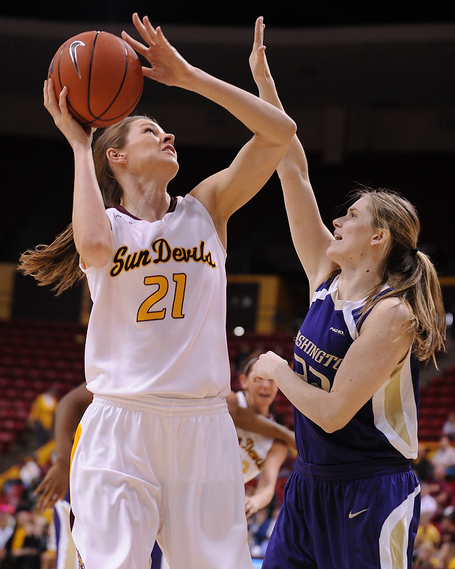 TEMPE, Ariz. — Kayli Murphy scored a career-high 16 points and went 5 for 6 from the free-throw line in overtime to help Arizona State beat the Washington women 67-61 on Thursday night.

Murphy added 11 rebounds for her third career double-double. She had three assists, three steals and a block as the Sun Devils (14-7, 6-4 Pac-10) won for the fifth time in six games.

More photos from Max Simbron after the jump. 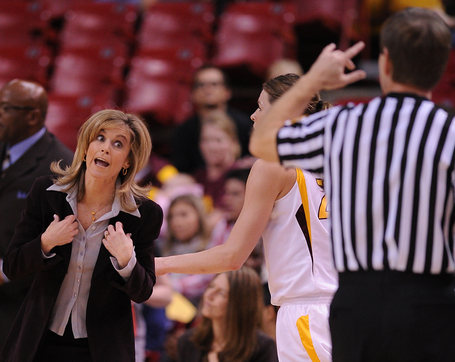 Kayli Murphy's career high leads ASU women to overtime win over Washington
"How about Kayli Murphy?" ASU coach Charli Turner Thorne said. "She really put us on her shoulders tonight. It wasn't just her scoring and rebounding. She's like a one-woman help side on defense. She's guarding her player and somebody else's player almost every possession. She was unbelievable." 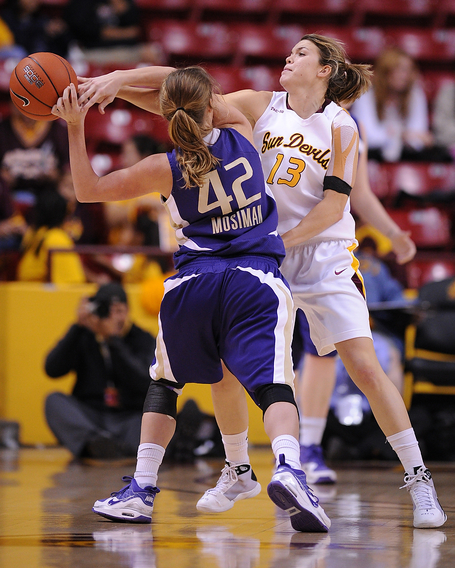 Huskies Can't Knockout Sun Devils In Tempe - University of Washington Official Athletics Site
Another positive for Washington was the return of Sara Mosiman, who had missed the last nine weeks after doctors inserted a titanium rod into her leg to alleviate shin splits. The senior played just five minutes, but her quicker-than-expected return was redemption to her after there was speculation whether she would play again this season. 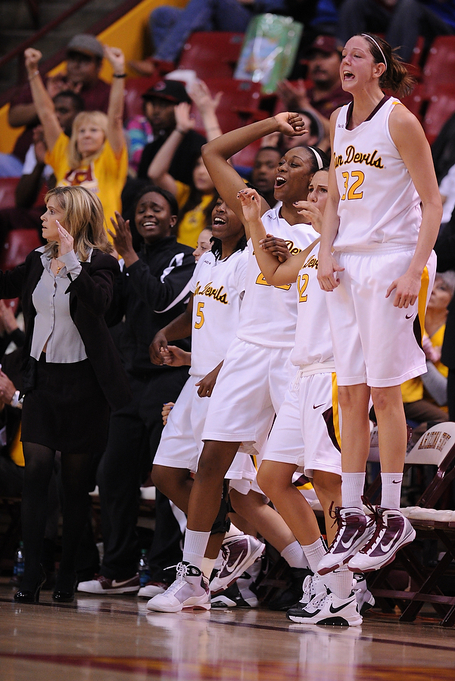 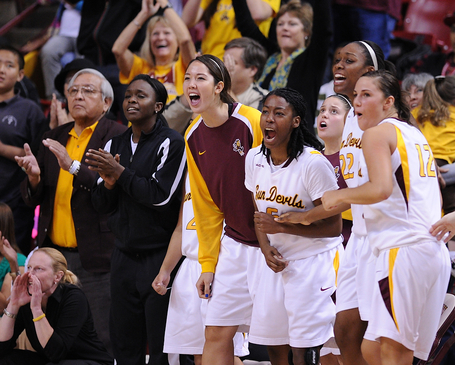 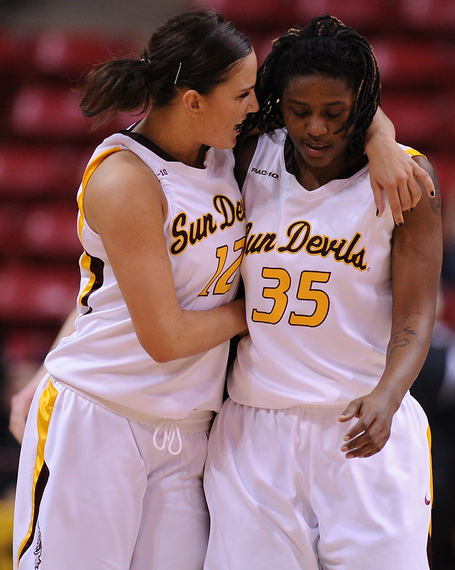 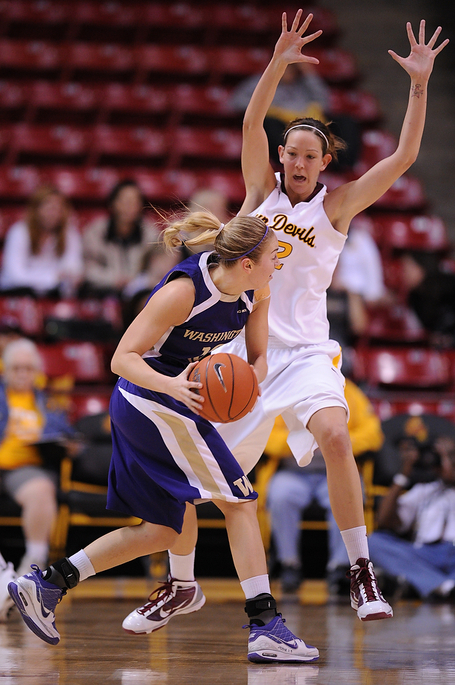 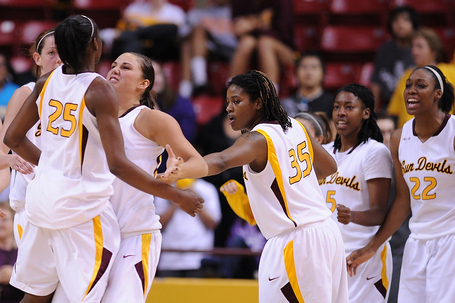 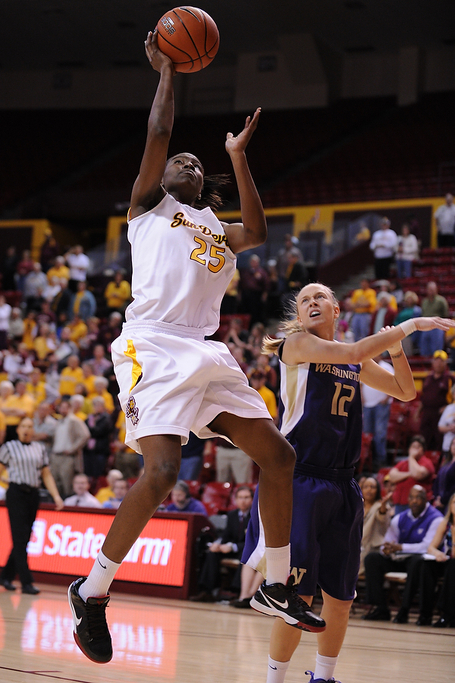 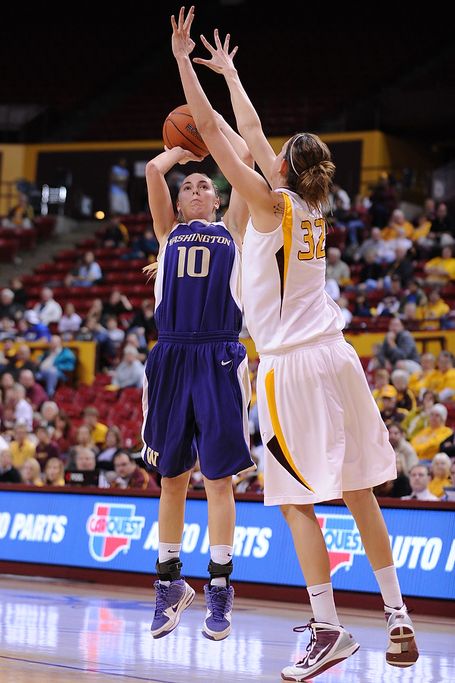 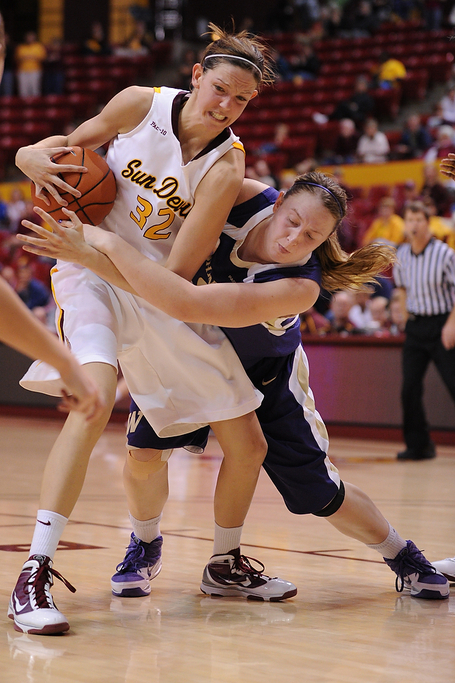 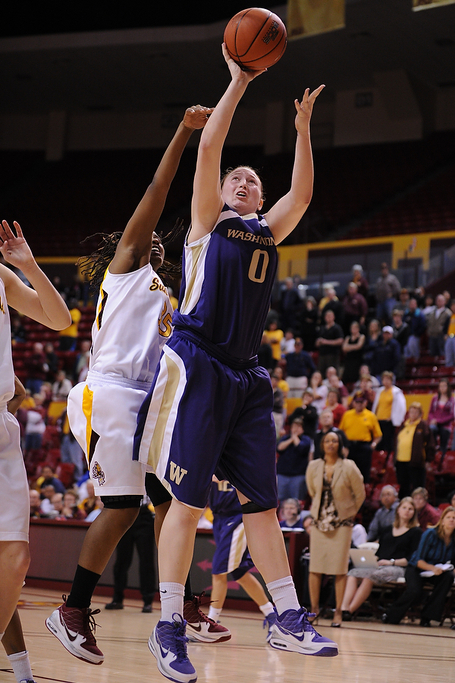