Share All sharing options for: A Dishin & Swishin Thanksgiving: WNBA Stars Giving Back 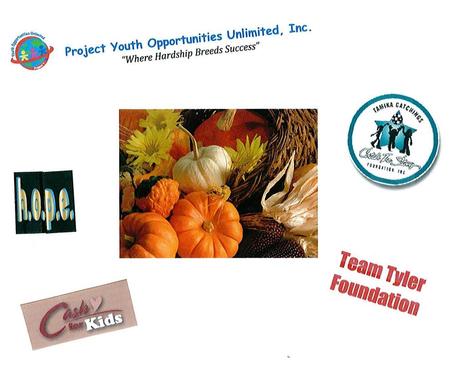 "Thanksgiving, or Thanksgiving Day, is a harvest festival celebrated primarily in the United States and Canada."  So says that purveyor of information in the internet age, Wikipedia.  Shortly the Lions will lose another football game, and large quantities will be consumed as families gather together and carbo load in preparation of Black Friday excursions.

As you observe the holiday with your friends and family, I'd like you to think of the other side of Thanksgiving, and those not as fortunate as you may be.  The women of the WNBA are scattered all over the world on this day, earning a living and doing what they need to do.   Others are in the States, with their families or friends.  What so many share, is a sense of the "greater good" and a desire to give back.  On this week's Dishin' & Swishin' show, I talked to several women who are doing just that through Foundations they have established.  I'd like to share some of this information with you today.  Each has a different purpose or goal, but each is determined in their own way to help make the world a better place.

WNBA All-Star, Olympic Gold Medalist, Community Leader.  These are just a few of the titles that Tamika Catchings has earned.  She also is the founder of a Foundation that has been in the forefront of giving to the community.   Started when she was injured and couldn't get on the court, the Catch the Stars Foundation provides youth with organized programs geared toward motivating them to set goals, dream bigger and achieve more.

A DNS Thanksgiving - Tamika on Catch the Stars Foundation

Catch the Stars works in academic areas as well as athletic areas.  Reading corners, fitness clinics, food donations....the list goes on and on.

As their mission statement says, "The foundation is preparing our youth to catch their dreams one star at a time."

Temeka Johnson may not be the tallest WNBA player in terms of physical size, but Meek casts a huge shadow.   Through "Heaven Opens People's Eyes (HOPE)," she gives in so many ways, be it through the classroom, the gymnasium and the community.

Somehow she finds time to not just focus on her game, but to also visit schools, run clinics and make sure kids are following their dreams, and staying on the path.  This year she published "Meek's Moments" the first in a series of books designed to help kids realize they can make smart decisions along the way.

A DNS Thanksgiving - Meek on What Meek's Hope Is Doing

Her boundless energy allows Temeka Johnson and Meek's Hope the opportunity to make a difference in the lives of others.

One of the best "feel good" stories of the WNBA season was the resurgence of Seattle Storm forward Swin Cash, and her return from back problems to WNBA Champion and World Champion member of the USA National team.  It was a classic case of good things happening  to good people.

A DNS Thanksgiving - Swin on Cash for Kids

Cash for Kids was established when Swin was a member of the Detroit Shock, and has now expanded from its Detroit origins to also include endeavors in Swin's hometown of McKessport, Pennsylvania.   Cash for Kids is designed to help kids succeed in the classroom and on the playground.  The organization provides grants to help non-profit organizations achieve their goals, and how those organizations can help achieve the mission of Cash for Kids.  Being away from home, it is a challenge to build the organization, and Swin is working extremely hard to expand and grow an initiative she is so passionate about.

It's not surprising that McKessport loves their "Favorite daughter" and has named the local community center after her.

A DNS Thanksgiving - Charde on Project Y O U

Having come from difficult circumstances herself, Charde founded the foundation in 2009, and has made a huge impact.  Her twitter contribution campaign was revolutionary, asking her many twitter followers to contribute only $1 each, Charde raised money last year for a family in need in San Antonio, Texas.   This year Charde has adopted a family in Atlantic City , New Jersey.

A DNS Thanksgiving - Charde on This Year's Christmas Family

To help Charde and Project Y.O.U. here is the "wish list" of her chosen family. 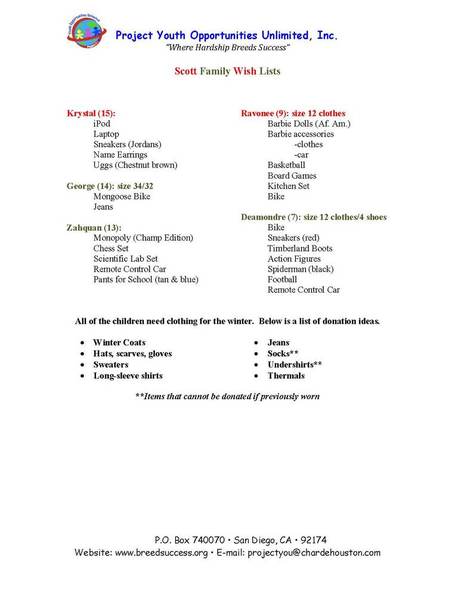 Marissa, Laura, Kristi and Shay were teammates and friends that won a national championship together at Maryland under Coach Brenda Frese.  During their time at Maryland, Coach Frese became pregnant and had twins.  Having "gone through" the pregnancy with their coach, the players felt like big sisters or aunts to Markus and Tyler Frese.   When Tyler was diagnosed with leukemia, each of them wanted to give back in honor of their coach; together, they decided they could do the most good unified, and the Team Tyler Foundation was born.

A DNS Thanksgiving - Riss & Harp on the Team Tyler Foundation

A new organization, the Foundation is still in the development stage, and the former Terps are moving full steam ahead in their efforts to educate and raise money for cancer and leukemia awareness.  While the website is not up yet, you can reach out to them in other ways.

It's a credit to Coach Frese that she had such an impact on these ladies, that they feel such a bond to each other, and to her and her family, that they want to give to so many together, in her family's honor.

Wikipedia also describes Thanksgiving as a holiday meant to give thanks for the Harvest.  To me, it is an opportunity to enjoy time with my  wife  and daughter, visit friends, and reflect on the good things I have and have achieved. We all read and hear so many negative things, with poverty, cruelty, destruction and famine in our world.   Today I want to remind you of the good things.  To conclude, I asked each of these incredible women what Thanksgiving means to them.  I hope you have a  great Thanksgiving yourself!