After a tough 0-3 start to Pac-10 play, it looks like ASU is finding their groove again. 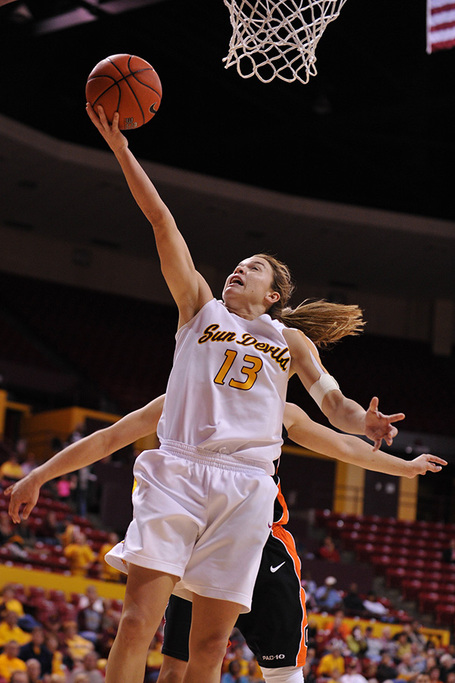 Click here for a game recap from Joseph Tames of White Mountain Sports.

Click here for a statistical summary of the game. 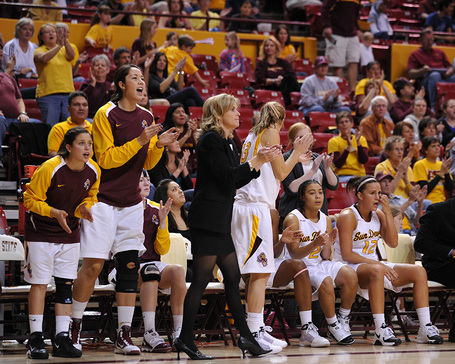 After a tough road loss to the University of Washington, ASU coach Charli Turner Thorne said, "it’s just a matter of hitting low enough to a point where they’ll dig out and change." It looks like her team is giving her something to cheer about now. 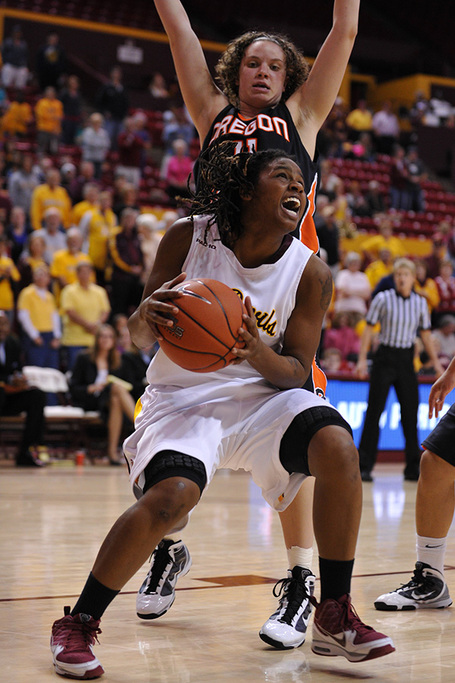 Guard Tenaya Watson was arguably the second most important contributor in the game with an efficient 12 points on 4-6 shooting to go with 4 assists and 2 turnovers. 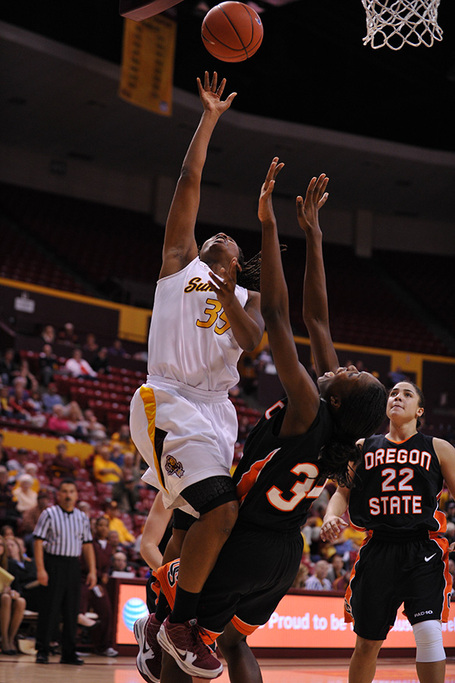 Watson goes hard for the layup over freshman El Sara Greer. Greer was held to 4 points on 2-4 shooting, but was arguably OSU's second biggest contributor with 4 blocks. 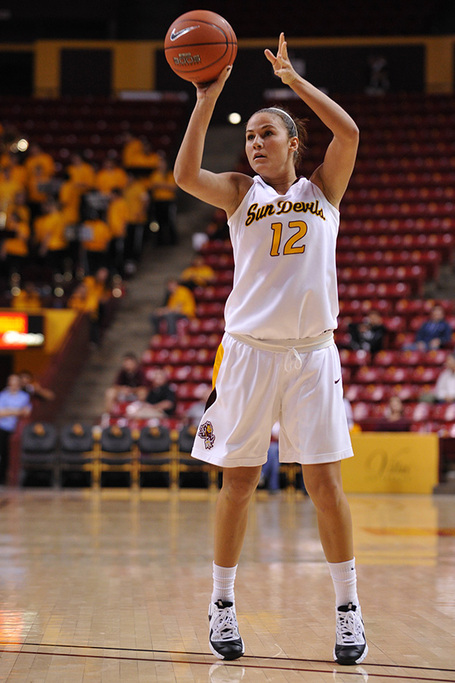 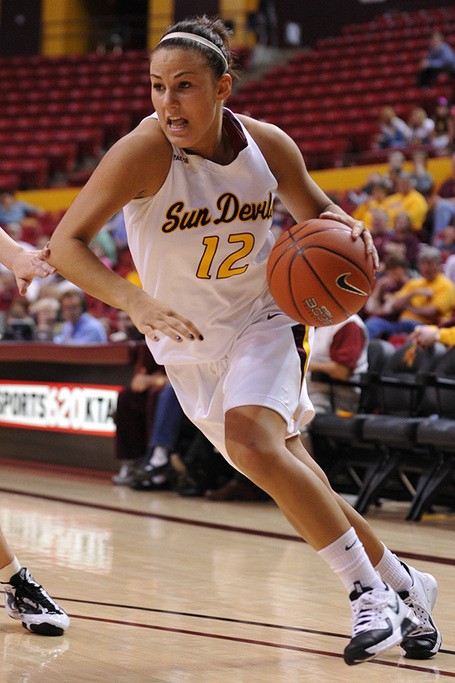