But it's better when you do it with a group that cares about each other... 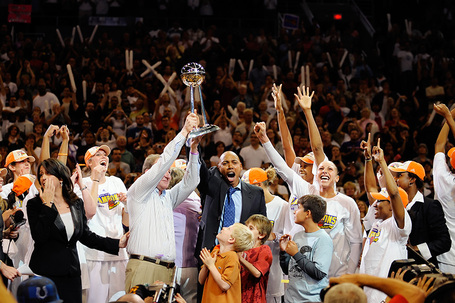 All photos by Max Simbron. 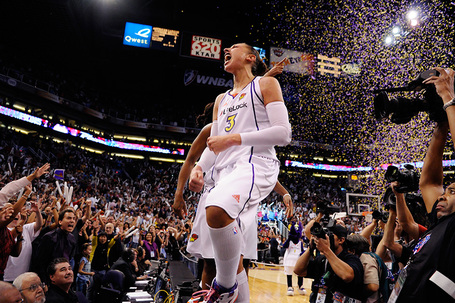 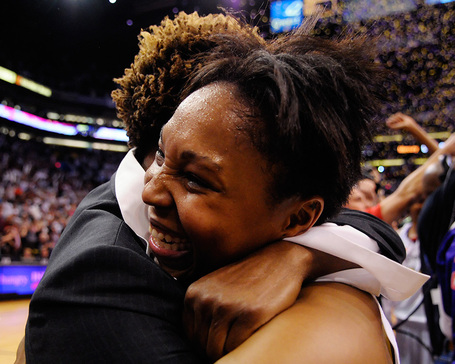 More images from Max Simbron can be found here.

To quote Phoenix Mercury Head Coach Corey Gaines, "I've never been so emotionally tired in my life. The up's and down's of this series was tough."

That might be a tiny exaggeration for me and in fact as great as this series was I am kind of emotionally flat right now and I really am finding myself at a loss to say anything interesting about this game.

By now you know what happened.

You know the Fever jumped out to an early lead only to see the Mercury storm back in the second quarter on 77% shooting. Then came the second half where things got really interesting with the Fever closing a 9 point lead to tie the game at 80 with 4:42 to go only to see Tangela Smith hit two huge three's (her only 6 points of the game) to give the Mercury an advantage they would carry through to victory.

That might be what happened in this game but the story of the Mercury's championship is much longer. One of the (many) advantages working for an outfit like this is no deadlines. I am going to sleep on this game and let everything that we witnessed in this great series soak in before trying to add anything more to what we've seen.