Can We Quantify How Important a Player is to Her Team?

Share All sharing options for: Can We Quantify How Important a Player is to Her Team? 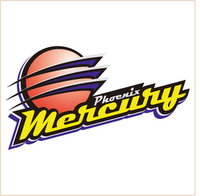 Wednesday night's Mercury-Storm game was one of the better played games I've watched this season, refereeing notwithstanding.

As ESPN's Mechelle Voepel wrote today, part of what makes the Mercury-Storm games so great is that this matchup has "star power":

And by "star" we mean "star," not just terrific player. Phoenix’s Diana Taurasi and Cappie Pondexter, Seattle’s Lauren Jackson, Sue Bird and Swin Cash. And yes, we’re heavy on the UConn/Big East connection here, but that’s part of it. These players have been in the spotlight for a long time.

Sometimes when I watch games with that much star power, I find it hard to figure out which player or players contribute the most to the victory or which player is carrying the team or -- even more intriguing -- which non-stars stepped up and really contributed to the team's victory.

Of course, one could respond, "Who cares??? A team wins a game, not individual players." True...and I imagine those folks aren't reading this blog anyway. But ultimately, when it comes down to analyzing a team's strengths and weaknesses, we also want to know what each part of the whole is contributing.

While there are many different ways to think about that, among the most intriguing I've come across is David Sparks' "Credit" statistic that he created last summer. I first used this approach last summer during the Olympics (click here), but have also applied it to a few regular season WNBA games whenever the feeling strikes me (as I did yesterday with the Sky-Monarchs game).

I've applied a lot of Sparks' work to the WNBA, partially because I like the fact that he has come up with a set of statistics to look at player performance, player styles, and team performance. Although he created and weighted his metric for the NBA, they also seem to work pretty well for the WNBA (click here for an explanation of the Credit formula).

Most important to me is that the Credit statistic seems to not only quantify my subjective observations of a game, but also illuminate things that I might have missed during the course of a game or help me figure out who deserves credit other than the players who always get the spotlight.

For example, when I look at the headlines for Wednesday night's Mercury-Storm game, I see a lot of focus on Pondexter and Taurasi. After all, they were the top scorers and the top scorers. However, when I take a look at the credit statistics it looks like another player deserves mention for the Mercury's victory: Tangela Smith.

So how should we understand this metric? And how might it help us analyze a player's contribution to a game?

Here are the Mercury's credit statistics for Wednesday night:

This is not to say that Tangela Smith is a better player than Diana Taurasi. Neither is it to say that Taurasi is more important -- an argument could be made that since Taurasi demands the attention of the opposing defense, players like Smith are able to take advantage of the relative lack of attention they receive. Nor does this say that Smith is significantly more important than Smith to the team overall -- take Taurasi off of this team and surely they would win a lot less games (that's what Sparks' Boxscores were for).

What credit does tell us is a player's statistical contribution to a game and frames it in terms that we can easily talk about and compare from game to game. For example, we see that in this game, Pondexter, Smith, and Taurasi were by far the most important players in the game, with Pondexter being the most important. If you watched the game, that just about makes sense -- Pondexter was doing everything and her ability to break down her defender, get into the lane, and set up other players was hugely important throughout the game.

Smith's greatest contribution was her rebounding and blocked shots, but she was also extremely efficient shooting, including two threes. In addition, her ability -- along with Le'Coe Willingham -- to provide scoring inside is a huge asset to the Mercury and something that they will likely need to make a serious run in the Western Conference playoffs.

So even though Smith's contributions were valuable to this game, it's not like we should consider her a star on the level of Taurasi. A star's impact on the ebb and flow of a game goes well beyond the final score. And clearly, there's more that goes into a basketball game than scoring.

So how might we contextualize a player's contribution to the final score with some understanding of how they contributed to the ebb and flow of a game?

I was talking to someone about plus/minus the other day and he mentioned how it doesn't seem to mean very much for basketball game to game. And he's completely right. It can be an extremely misleading statistic on the game to game level because it depends so heavily on matchups, teammates, and in some cases game strategy. He thought it was a better statistic for hockey than basketball because of the way in which hockey flows. Plus/minus works much better to look at over the course of an entire season than from game to game.

However, if we pair plus/minus with credit for one game, I think we get a pretty full picture of what a player has done in a given game.

So suddenly Swanier jumps to the top. How do we understand that? She only played 13 minutes 11 seconds -- should she be playing more? Not necessarily.

Plus/minus tells us how well the team functions when a player is on the floor, not necessarily how much an individual contributes to the team's success.

Swanier did come in and run the offense for the Mercury extremely well. Despite a few small miscues in which she mishandled the ball, she had a pure point rating of 10.25 and an assist ratio of 29.06% and no turnovers. So she gave the team a huge boost off of the bench by helping run the offense...and for the majority of the first half Wednesday night, she did so much better than Temeka Johnson.

But while this tells us a little something about how the game flowed while she was in, it does not necessarily tell us how much she individually contributed to the victory -- it would be silly to claim that a player who only played 13 minutes played a large part in the team's success.

That's what makes the combined plus/minus and Credit numbers of players like Pondexter and Taurasi so impressive -- they had a positive impact on the team when they were on the floor and were also responsible for a majority of the team's production.

So just for the sake of comparison, let's take a look at the Storm.

Again here, credit does a little more to illuminate a player's impact on the game despite being on the losing team. While Bird had a neutral (yet best) impact on the team in terms of plus/minus, we also see that she was not exactly individually contributing a whole lot to the team's success while on the floor. And since Credit takes into account the final scoring differential, we also see that performance of the players on the losing team is weighted in terms of their contribution relative to the total production in the game.

So can Credit and plus/minus help us quantify star power?

This seems to move closer to the definition of a star -- being able to individually contribute to the win but also helping the team perform better while on the floor. It's a player that is able to balance between individual and mutual responsibility (in more political terms)...and do so while playing significant minutes.

To me it provides a much more nuanced understanding of a player's contribution to the game than any statistic can accomplish individually...but also doing so in a much simpler fashion than using 7 or 8 statistics like I've used in the past (though something to measure defensive impact would be nice).

Without looking at the numbers right now, I would make an educated guess that the best players in the WNBA (or NBA) are able to make a positive contribution to the team in big minutes while also taking assuming a large portion of the burden to contribute to the team's success. But that is clearly a much larger project...