Return from the "Glades of Gafia"

Share All sharing options for: Return from the "Glades of Gafia" 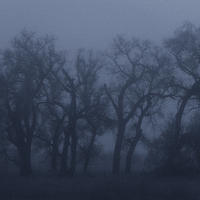 It’s been a long time, but I’m back from the "Glades of Gafia" and ready to re-engage the WNBA world.

I’ve thought about writing regularly again for a while, but something hit me the other day that lit a fire under me and pushed me to finally sit down and do so (read on to find out). Not the daily madness that consumed my life this past WNBA season… maybe weekly. But certainly more than every six months.

I’ve actually got a ton of story ideas scattered around my desktop and in my email that I just didn’t post, so in the next few weeks you’ll be seeing some of those: an update on Darnellia Russell, a response to a few anti-WNBA articles around the web, and (since it’s the off-season) other random sports-related thoughts I might have. In other words, I didn’t abandon the WNBA…I just took a break.

WHY you may ask did I take a break? And why am I gonna get writing again?

Gafia is not an exotic vacation spot… though that would have been nice (see the Pleasant Dreams blog for an explanation of this concept). But a brief synopsis of my own personal Gafia follows. The top 5 reasons I took a break and the top 5 reasons I’m returning to action.


Top 5 Reasons I Took a Break

5. WNBA News is Scarce: Blogging about the WNBA requires me to find news about the WNBA. During the WNBA off-season, news is just plain scarce. I will be the first to confess I didn’t put quite the work in that say Pet does over at the Pleasant Dreams blog…but still…it’s tough in the off-season.

4. The NBA: My first love is NBA basketball. Once that started up, the WNBA just fell off the radar for me. That’s fair, right? It’s the WNBA off-season. And with the dawn of a new NBA season comes the chance the fortunes for my favorite NBA team might change – with each new season there’s a chance, albeit minute, that my beloved Golden State Warriors will break out of their eternal slumber and make some noise in the NBA.

That dream has been shattered for weeks now…so my cognitive load has thus decreased.

3. Graduate school: I returned to graduate school in the fall. In graduate school they make you read a lot. And when I was reading all this crazy theory stuff, it was kinda hard to continue focusing on WNBA basketball, especially considering reason #5 above. One thing you do a lot of in grad school is write and use a lot of unnecessarily big words. Just doesn’t fit well with blogging about sports…

2. I moved: Due to going back to grad school, I moved. This is what caused the initial interruption way back when around WNBA finals time. I spent weeks on a friends inflatable mattress before finding a place. During that time, the WNBA – already in full off-season form – was just the furthest thing from my mind. A stronger man may have made it work…I just couldn’t

1. Health Problems: Won’t go into it, but I had some health problems over the last few months. With all that happened – the move, re-adjusting to grad school, etc – the blogging was just a casualty. But now things are better, I’m back in the swing of things, and ready to go at it again…so…

5. I met another blogger: I met another sports blogger this past weekend. We were talking about basketball, I checked out his blog, things were pretty cool. And after we parted ways I thought to myself, "Damn, blogging about basketball is kinda fun." It’s not about money (I don’t make any from this) or fame (WNBA players don’t get fame, why would a blogger?) it’s just fun to interact with people about basketball. Basketball is life. There’s nothing better. (See Bill Walton’s foreward in the Tao of the Jumpshot)

4. The Warriors suck: They just do. I don’t think I have to go into that. But you know what…I will.

Let’s put it this way to make it relevant to the WNBA: the Warriors are the NBA’s Washington Mystics – they are totally mismanaged, their personnel transactions often defy logic, and just when you think they might get better or they actually make the playoffs, players leave. They suck. But I’ve been a fan my entire life. I have fond memories of watching David Wood, Todd Fuller, the disaster that was Mike Dunleavy, and the tragic loss of Gilbert Arenas. So I don’t abandon them until they really piss me off. They accomplished that this season. I’m done till the draft…at which point they will inevitably botch the pick (although they NAILED it this season with Anthony Randolph…not that they play him or anything). If you ever want to hear more about my frustration with that franchise just write… I won’t take up any further space with them for now.

3. I like writing: I was never especially good at writing at school, but I just like to write. I’m better in email than in person, better on IM than phone, and better on blog than radio (which I have briefly tried in my lifetime). I don’t know why I like it… but it’s fun. It’s relaxing. It’s a chance to get all the tangled up thoughts in my mind out in the open and thus understand them better. Grad school only serves to complicate and tangle up thoughts. Basketball is therefore the key to liberation…or something like it.

2. March Madness: March is coming up which means I’ll probably get a chance to watch a few of the top draft prospects on TV. Nothing like watching a player live to put the stats in perspective. Last summer, I lamented the lack of coverage on WNBA prospects…then I proceeded to "gafiate" (that is just such a cool word). Anyway, in the coming weeks I will take a look at players when I can and see what I think.

1. I have a favorite team: I definitely have a favorite team this season. And therefore, the upcoming summer has me excited. I will try my hardest not to abandon this team. And stick with them for a full season. But it’s much easier to follow a sport when you got a team to follow. I’m sure you can figure out what team that is…

OK…so now you know a little bit more about me and what makes me tick. Or maybe you don’t know that much more – in the end, it all comes down to basketball.