How Will the Indiana Fever Survive Tully Bevilaqua’s Absence?

Share All sharing options for: How Will the Indiana Fever Survive Tully Bevilaqua’s Absence? 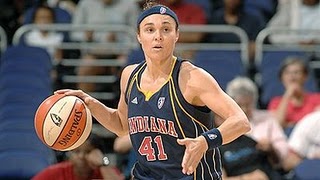 How important is Tully Bevilaqua to the Fever’s success?

That is a question that may be answered as Bevilaqua misses four games to prepare for the Olympics with Australia's Olympic team.

Unfortunately, it’s not a question a coach would like to experiment with while trying to firm up playoff position. In the current standings, Indiana is fourth place, with Washington and Chicago three games behind. With Washington’s coaching change and Chicago expecting Sylvia Fowles back (yay!) sometime soon, Indiana can’t really afford to drop games.

In Bevilaqua’s absence, the Fever plan to use three replacements, according to coach Lin Dunn via the Indianapolis Star.

"We had planned on having (LaToya) Bond and (Sherill) Baker and Katie (Douglas)," she said. "Those were going to be the three point guards to share the basketball by committee. Of course, Baker's out indefinitely with this bone bruise in her wrist, so Bond's going to have to carry the load."

This is obviously different than losing a player to injury because they’ve had ample time to prepare for Bevilaqua’s departure. So they’ve had time to think of the best ways to distribute the ball handling responsibilities across multiple players – perhaps even adjusting the offense.

What makes this story intriguing to me (aside from the fact that commentators at almost every game make mention of it) is that it calls into question the role of the traditional "pure distributor" point guard. It’s not just a matter of whether she needs to score, but how her presence translates to winning.

So I’m making something of a weak prediction here and risking what little credibility I might have: the Fever will just fine without Bevilaqua. There are three reasons to believe that: team defense, Katie Douglas, and an x-factor not mentioned by Dunn – Tamika Catchings.

Bevilaqua’s absence could have a large effect on the Fever’s offense, but this team wins games with strong team defense.

Despite their impressive victory in the Liberty Outdoor Classic yesterday, the Fever’s offense has been a major problem for them this season. They are currently 13th in points per game this season, just ahead of the Mystics…who just fired their coach. Fever media relations director Kevin Messenger summarized the problem well:

I am at a loss to come up with the answers to our struggling Fever. What I do know is that we just don't score in a half-court offense. Frankly, this has been a symptom of Fever teams over the past 3 to 4 seasons. Indiana really has never had a knock-down shooter to bust open a zone…And while we don't possess that reliable perimeter shooter, we also are in need of a penetrating point guard to exploit the gaps in a zone. That's not Tully… we haven't seen it consistently from Bond, and Baker is currently on the shelf with a bone bruise in her right wrist.

That’s pretty much what I noticed yesterday in the Liberty Outdoor Classic – I can count on one hand the times that Bevilaqua penetrated past the free throw line…counting fast breaks.

That said, Bevilaqua is a steady point guard and does an excellent job protecting the ball. But as Messenger says, when you don’t have a knock down shooter and you’re not getting much penetration from your lead guard, it’s difficult to score.

Judging from yesterday’s performance, Bond is not going to make a difference on that front – she had three turnovers at lest two of which were the result of trying to drive through the defense. She also struggled with the Liberty’s zone and trapping defense.

But the Fever don’t win games on offense – they win with defense. That was on full display yesterday. They are near the top of the league in most defensive statistics, including holding their opponents to about 69 points a game. In the last five games, their opponents’ synergy score is 62 – league average is 75. That means they are holding opponents to low field goal percentages and disrupting the flow of their offense. Pretty good.

As a defensive replacement for Bevilaqua, I think Bond can do just fine. She’s active and has the quickness to stay in front of opposing ball handlers. And did anybody else notice Tammy Sutton-Brown blocking Janel McCarville 3 times and holding her to 10 points? As long as she’s still roaming the interior, the team should be fine.

But if this team is already struggling offensively, what will come of it without Tully? Why not look to their stars?

Katie Douglas is a gifted scorer and all around player. Every time I’ve watched a Fever game this season, she’s the one who stands out. She just seems to be in complete command of the action when she plays and picks her spots to score very well. All those qualities are what make her an adequate replacement as a distributor, if not the lead ball handler.

Bond seemed to struggle with the press, but if Douglas is in the back court to help her out it would relieve some of that pressure. As a veteran, it also means that the Fever would not necessarily lose the veteran presence that Tully brings.

But the other thing Douglas brings is someone who can get the penetration that Bevilaqua doesn’t. She’s as good as anyone as slashing to the basket to score so I imagine that she could use that ability in a play maker function if necessary. As a team that is offensively anemic at times, they can’t afford Douglas to score less. But she is more than capable of initiating the offense.

And yet, there is still another x-factor in making up for Bevilaqua that Dunn didn’t mention – Tamika Catchings.

Catchings is arguably this team's best all-around player, even though she has missed a number of games and played hurt for the remainder. And even as a forward, she is a good passer and has good enough awareness on the offensive end to make things happen. Like Douglas, she also has the ability to create her own shot, which could help to create opportunities for others.

The most interesting thing is that Catchings has the best pure point rating of any of the aforementioned replacement options, though none of them are particularly stellar. You may remember that pure point rating is a formula that measures "court awareness" by adjusting for the value of an assist and the player’s minutes. Bevilaqua’s was not high, but Catchings is second to Bevilaqua among Dunn’s suggested options:

Granted, none of the replacement’s pure point ratings are worthy of starting lead guard minutes. But Catchings is the best of these evils.

We could debate whether Catchings has the ball handling skills or speed to execute as a lead guard, but I think that misses the point. If they could design an offense that put Catchings in the position of distributor, they would likely be best off, based on the numbers. She is also slightly more likely to make an assist than Douglas or White based upon her Hollinger Assist Ratio.

They can win without Tully…if they think outside the box…

Right now, the Fever are near the bottom of the league in assisted field goal percentage with a 22% assist/field goals attempted ratio. That’s with Bevilaqua, who is extremely efficient with the ball.

Without Bevilaqua, they’ll need to maintain their defensive efficiency while also finding a way to increase their ball movement and shooting percentages? Can they do it? I think so.

What if they ran an offense similar to San Antonio’s, using screens and off-side cutters. Douglas and Catchings are not the scorers that Hammon is, but they can make plays. The question is whether a player like Tammy Sutton-Brown is able to make that work. Honestly, I haven’t seen enough of her to make the assessment and she seems to be less of a scorer than a player like Ann Wauters.

But if they can get the ball to Catchings or Douglas early in the offense and then position them as playmakers or scorers of screens, they can make plays with the ball in their hands. And there’s also no reason to believe they can’t get some penetration to create opportunities for others.

I think they have the talent to win games without Bevilaqua. I’m not saying that Bevilaqua is somehow unnecessary – or even a detriment -- I just don’t think she’s critical to their success.

Indiana is also 2nd worst in the league in turnover percentage, which measures the percentage of possessions that end in a turnover. That is a bit alarming for such a slow paced team. In fact, at some point, it’s not about pace but their effectiveness. In a way, we could assume they can’t get less effective than they are currently with Bevilaqua….

WNBA mis-step of the weekend: the Liberty Outdoor Classic was historic, but it seemed like there was better basketball going on elsewhere. The Lynx upset the Silver Stars at home behind Augustus’ 11 straight shots. The Comets took the Sparks to overtime…well, that may have been an equally sloppy game considering the Sparks’ 20 turnovers. Would've liked to see one of those archived...